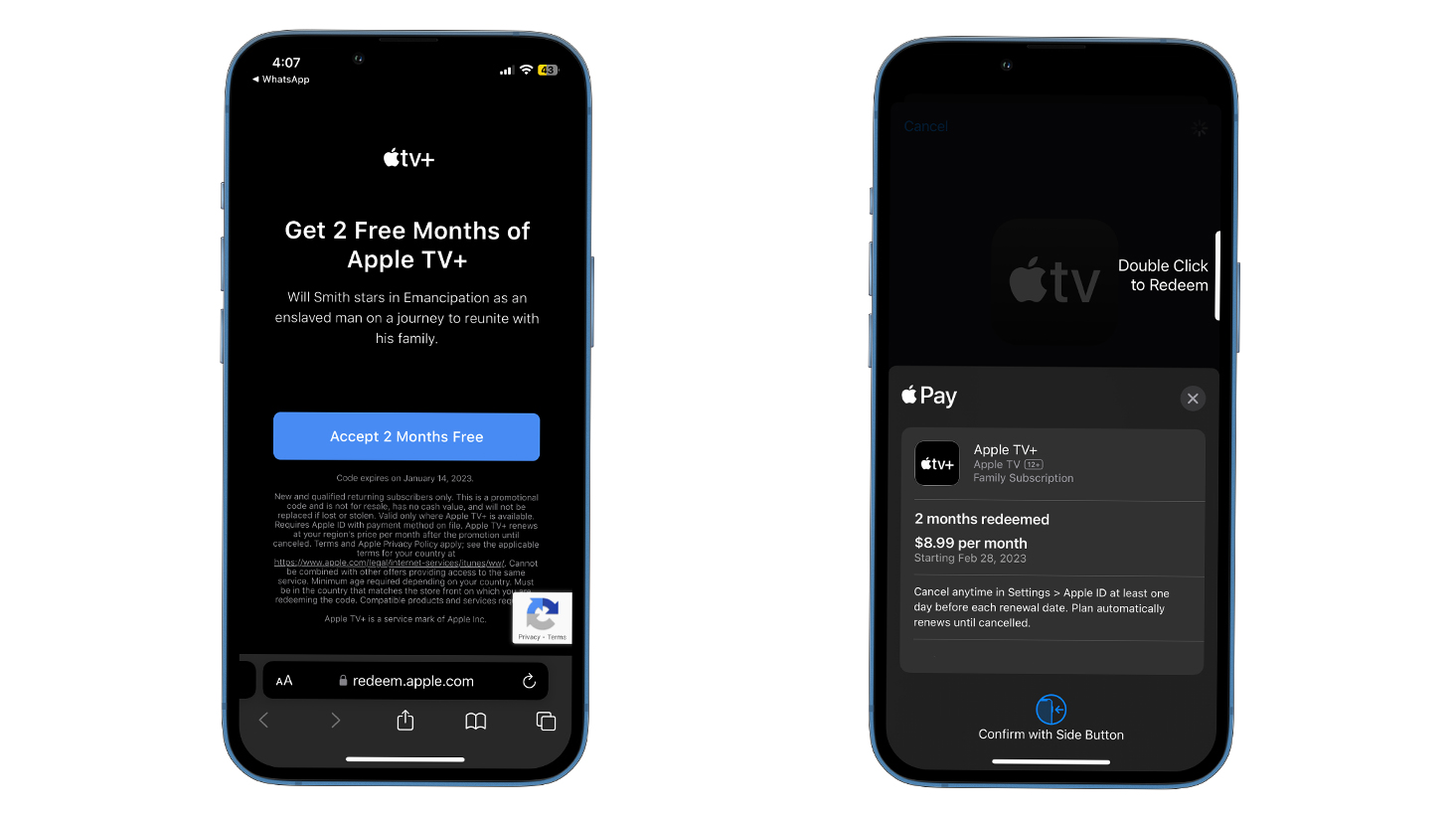 Following the promotion of Selena Gomez’s recent documentary — ‘Selena Gomez: My Mind & Me,’ where the American singer was offering users two months of free Apple TV+, Will ‘Gets-Too-Triggered-at-a-Joke‘ Smith seems to be doing the same.

As part of a promotion for the premiere of Emancipation, Will Smith and Apple are offering two months of Apple TV+ to all users with an Apple ID, with the free promotion expiring on January 14th, 2023.

Head to this link, and click on the Blue ‘Accept 2 Months Free’ button to redeem the offer. “New and qualified returning subscribers” can redeem the offer, which expires on January 14th, 2023. The subscription will automatically renew after the two months have passed for $8.99/month, unless manually cancelled.

Users can also get a free seven-day trial when first signing up for Apple TV+, and then claim the two-month promotion for a total of two months and seven days of free Apple TV+.

Emancipation is a historical action thriller directed by Antoine Fuqua and written by William Collage. The film’s premise starts with the main character being whipped nearly to death and escaping from a Louisiana plantation and then being forced to outwit hunters before joining the Union Army. The movie is based on a true story.