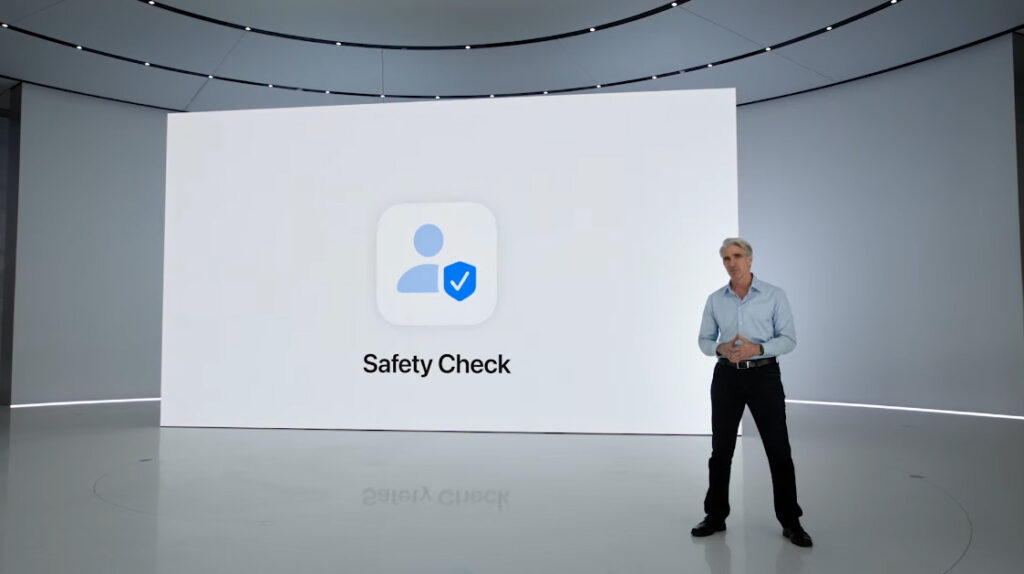 At WWDC 2022, Apple unveiled the new iOS 16’s several much-appreciated iMessage improvements, a redesigned Home app, an improved lock screen and media player and improvements to Mail. However, one of the new features that did not garner as much attention, and arguably one of the more useful and practical features, is the privacy-focused Safety Check.

The feature allows users to immediately revoke and reset all access that someone else might have, including your location, passwords and privacy permissions for apps. According to Apple, Privacy Check is primarily intended to help those in abusive relationships.

“If circumstances or trust levels change, Safety Check allows you to disconnect from people, apps, and devices you no longer want to be connected to,” reads the feature’s description on iOS 16.

While revoking all permissions has been possible before the introduction of iOS 16, it required users to go to various steps in Settings. The new feature is a sort of kill switch or an emergency button that immediately revokes all access, a feature which is likely going to be useful for those trying to flee abusive relationships.

Safety Check will widely roll out around September when Apple officially launches iOS 16. However, the feature is also available in all of the iOS 16 betas, and if you’re running any on the beta builds, here’s how you can start using Safety Check:

From there on, you have two options: ‘Emergency Reset’ and ‘Manage Sharing & Access,’ both of which require Face ID or your PIN to be accessed. The latter allows you to review and revoke access from specific apps and people as per your discretion and allows you to have your Apple ID signed out of other devices, as seen in the images below.

Emergency Reset, on the other hand, will revoke and reset all access other people, apps and devices might have immediately and sign you out of other devices.

It’s worth noting that when you’re using the feature, there will always be a ‘Quick Exit’ button (as seen in the images above) that you can press to exit the functionality in case the person you’re trying to revoke access from walks in.

Post-Quick Exit, there will be no trace of you using the feature. It won’t even appear in your multitasking screen that shows all the apps/pages currently open, preventing you from getting caught using the setting.

Learn about other new features coming to the iPhone with iOS 16 here.