For some Halloween shenanigans, monsters from Don't Starve will show up in Terraria and vice versa 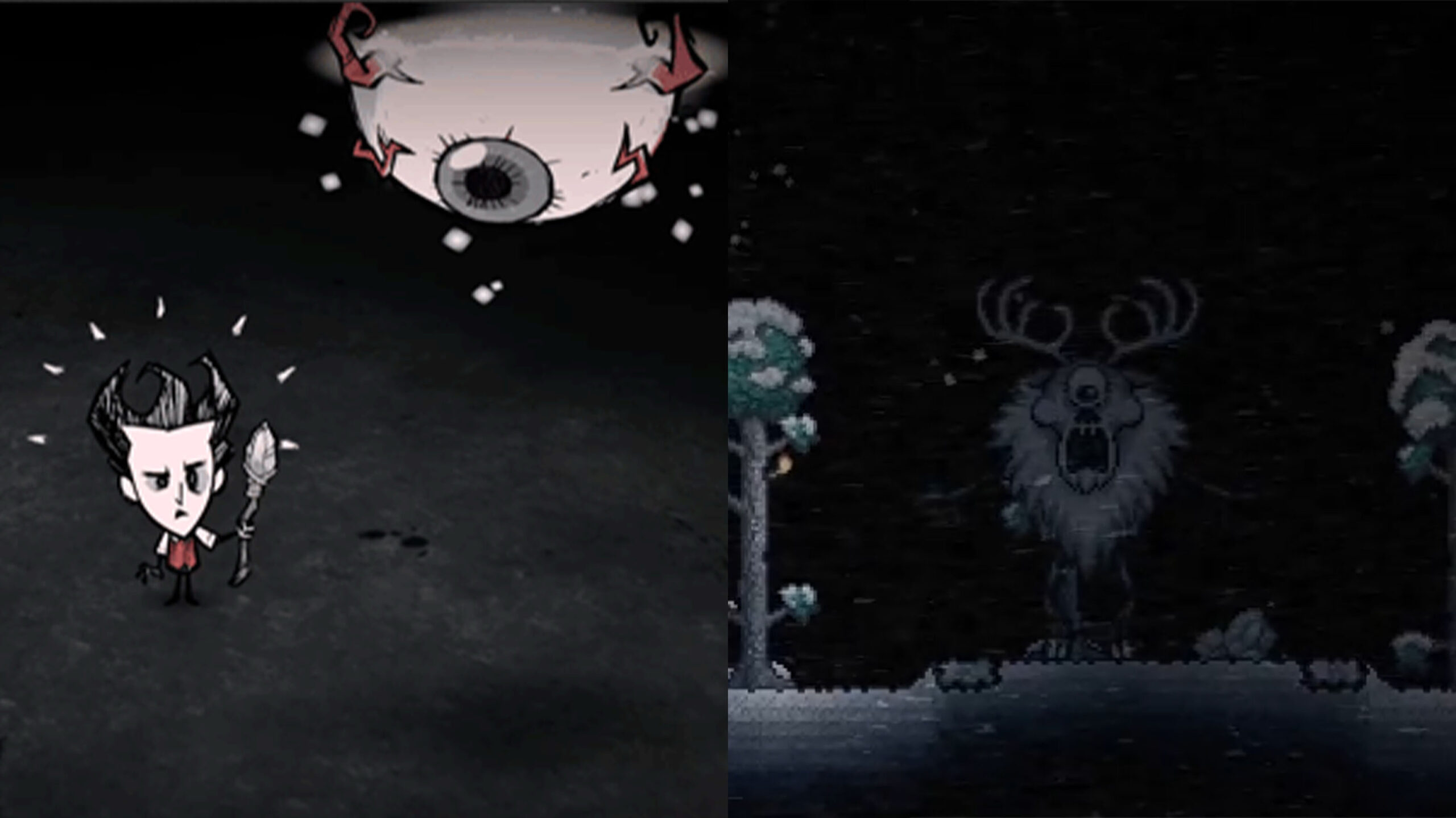 Don’t Starve and Terraria, two excellent survival games with some spooky monsters, are having some Halloween fun by swapping monsters for a bit.

It started with the Terraria team posting a clip on Twitter showing the game’s first boss, the Eye of Cthulhu, emerging from a portal into Don’t Starve and spooking that game’s main character, Wilson. Then, Vancouver-based Klei Entertainment tweeted a clip of Don’t Starve’s Deerclops stomping through a snowy forest in Terraria.

Oops, I think we mixed something up somewhere. Oh well, I'm sure it will all sort itself out by next month.⚔️ pic.twitter.com/npI35M08Q9

It’s not entirely clear how the crossover will work. The appearance of these monsters in the other games may just be a fun easter egg, or it could actually be incorporated into gameplay somehow. Either way, Klei suggests the crossover will only last until the end of the month.

If you haven’t played Don’t Starve, Terraria, or both, the two monsters are fairly iconic. Eye of Cthulhu is the first major boss in Terraria and also one of the first real tests of player skill. Don’t Starve’s Deerclops, on the other hand, can be a challenging encounter when it rampages through players’ encampments in winter.

If you’re interested in trying out these games, they’re both available on several platforms for a relatively low price (under $12 on Steam!). You can find out more about where to buy Terraria here and Don’t Starve here. There’s also a Don’t Starve Together version with built-in co-op (Terraria also has co-op). And speaking of Steam, Terraria developer RE-Logic confirmed it was optimizing the title for Valve’s upcoming portable console, Steam Deck.