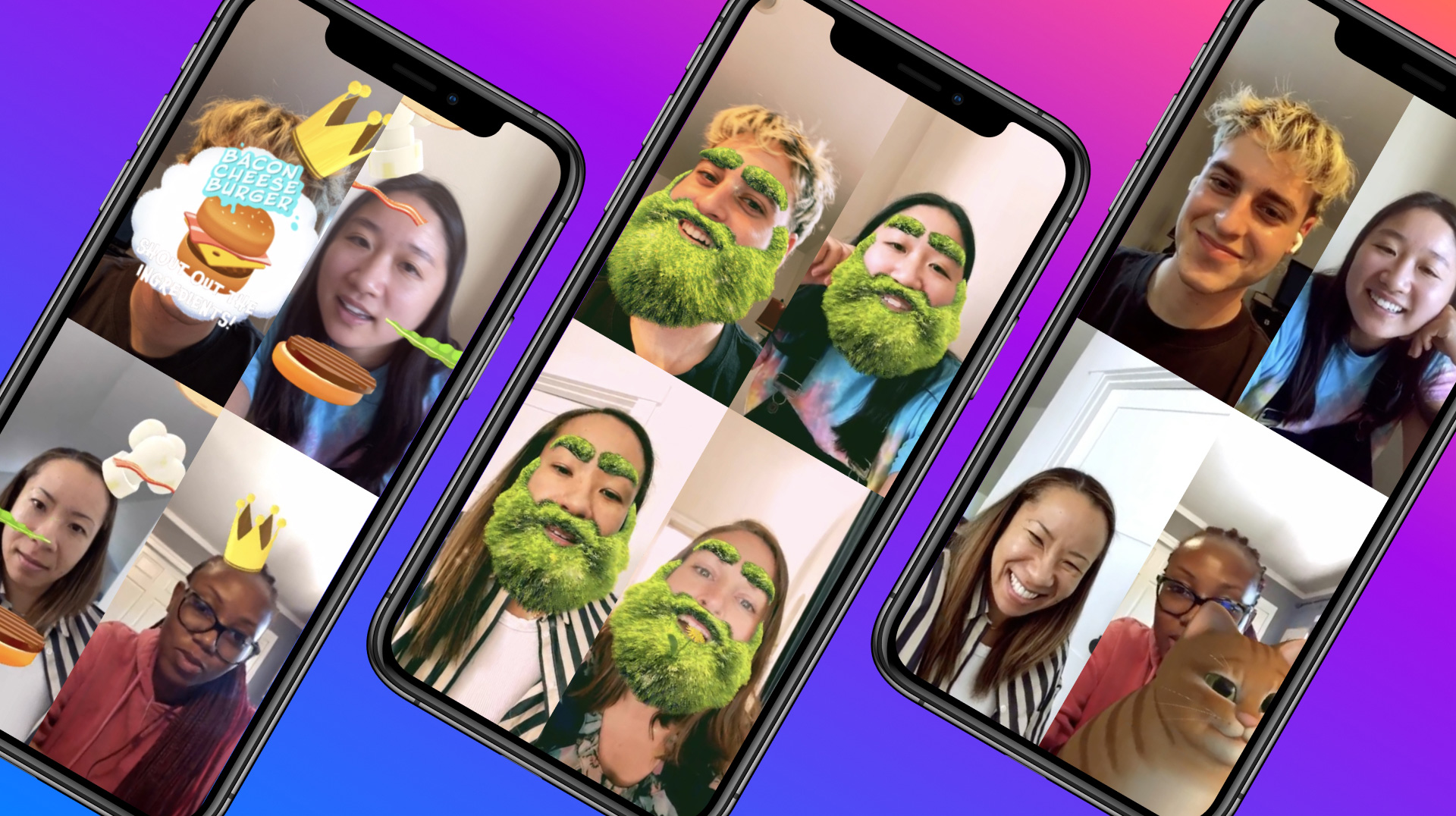 The Menlo Park, California-based company is introducing “group effects,” which allow everyone on a video chat to share the same augmented reality experience. The new effects are now available in Messenger video calls and Messenger Rooms, with support for Instagram video calls coming soon.

“Group Effects provide a more engaging and interactive way to connect with your friends,” reads Facebook’s blog about the new feature. “With this new feature, interactions will become more memorable, intimate, and exciting than ever before.”

To try the new effect, simply initiate a video call or a room, press the smiley emoji face to access the effects tray and select group effects. You’ll then be able to choose an AR experience that will be shared with everyone on the call. 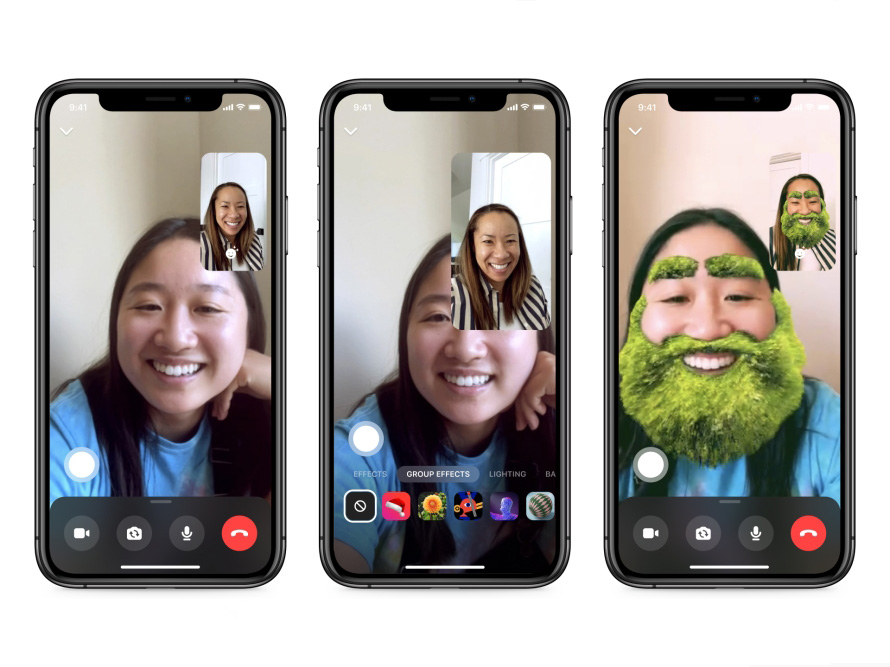 Currently, there are over 70 group effects, including a game in which participants compete to create a virtual burger. Further, according to Facebook, developers will be able to create their own group effects using Spark AR API later this month.

In addition, Facebook is also rolling out a new “word effect” feature that will automatically trigger an animation once a specific key phrase is detected. For example, saying “Happy Birthday” will trigger an animation with party poppers flying on the screen. Similarly, saying “goodnight” or “good morning” can trigger Moon and Sun emojis to race through the screen.

Suggested ‘word effects’ are now available to all iOS users, and Android users will gain access to the new feature in the coming weeks.