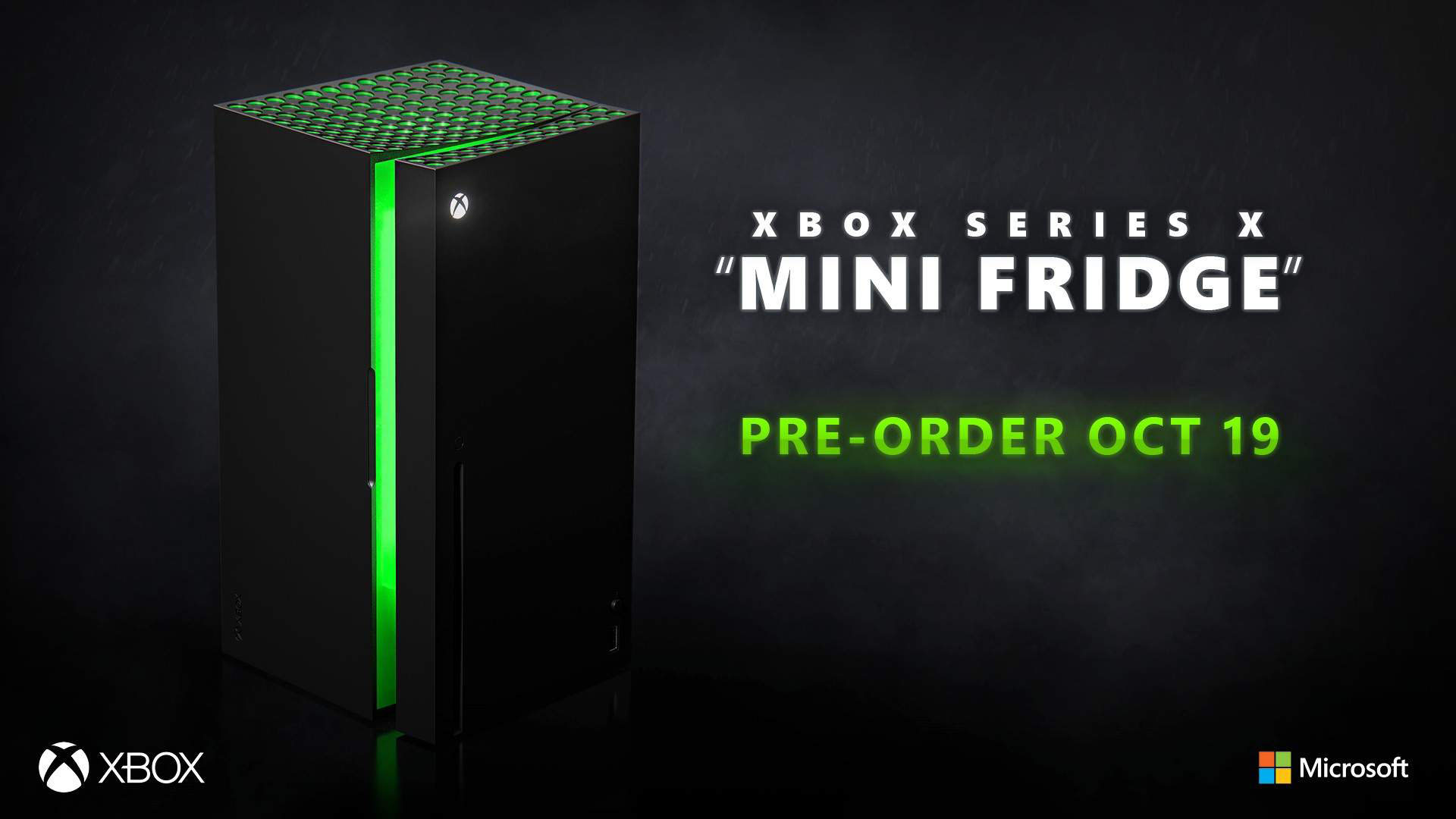 Update 10/15/2021 6:10pm ET: Aaron Greenberg, Xbox’s general manager of marketing has tweeted that Target won’t be able to offer shipping to Canada through its website. However, Canadian’s will be able to order the Xbox Series X mini-fridge directly from the Xbox Gear Shop, with the first wave of deliveries expected for December.

Unfortunately, we got an update today Target cannot offer shipping to Canada through their website. Good news is fans in Canada will be able to purchase directly from the Xbox Gear Shop as part of our first wave of deliveries in December. Will share more pre-order details soon.

What started as a joke, has somehow actually become a reality.

Microsoft has confirmed that its Xbox Series X mini fridge will launch in December 2021 with pre-orders releasing on October 19th. In an Xbox blog post, the tech giant details that the Series X-shaped fridge will cost $99.99 USD (roughly $122 CAD).

The moment you’ve all been waiting for.

In the U.S., the fridge’s exclusive retailer is Target, and in Canada, would-be Series X fridge buyers will be able to purchase it online through Target.com (no one tell Zellers).

Target.com currently doesn’t offer shipping to Canada through its website, so it’s strange the company is the exclusive retailer of the mini fridge in Canada. MobileSyrup has reached out to Microsoft for more information.

In the meantime, though, Aaron Greenberg, Xbox’s general manager of marketing, confirmed on Twitter that the mini fridge will, indeed, ship to Canada through Target’s website.

“Target has confirmed to our team they will ship to Canada,” he tweeted. “For now that’s the only way to get units shipped into Canada this holiday.”

The fridge will also be sold in the U.K., France, Germany, Italy, Ireland, Spain, Netherlands and Poland.

While undeniably silly, it’s incredible to see Microsoft take the joke that “the Series X looks like a fridge” this far.