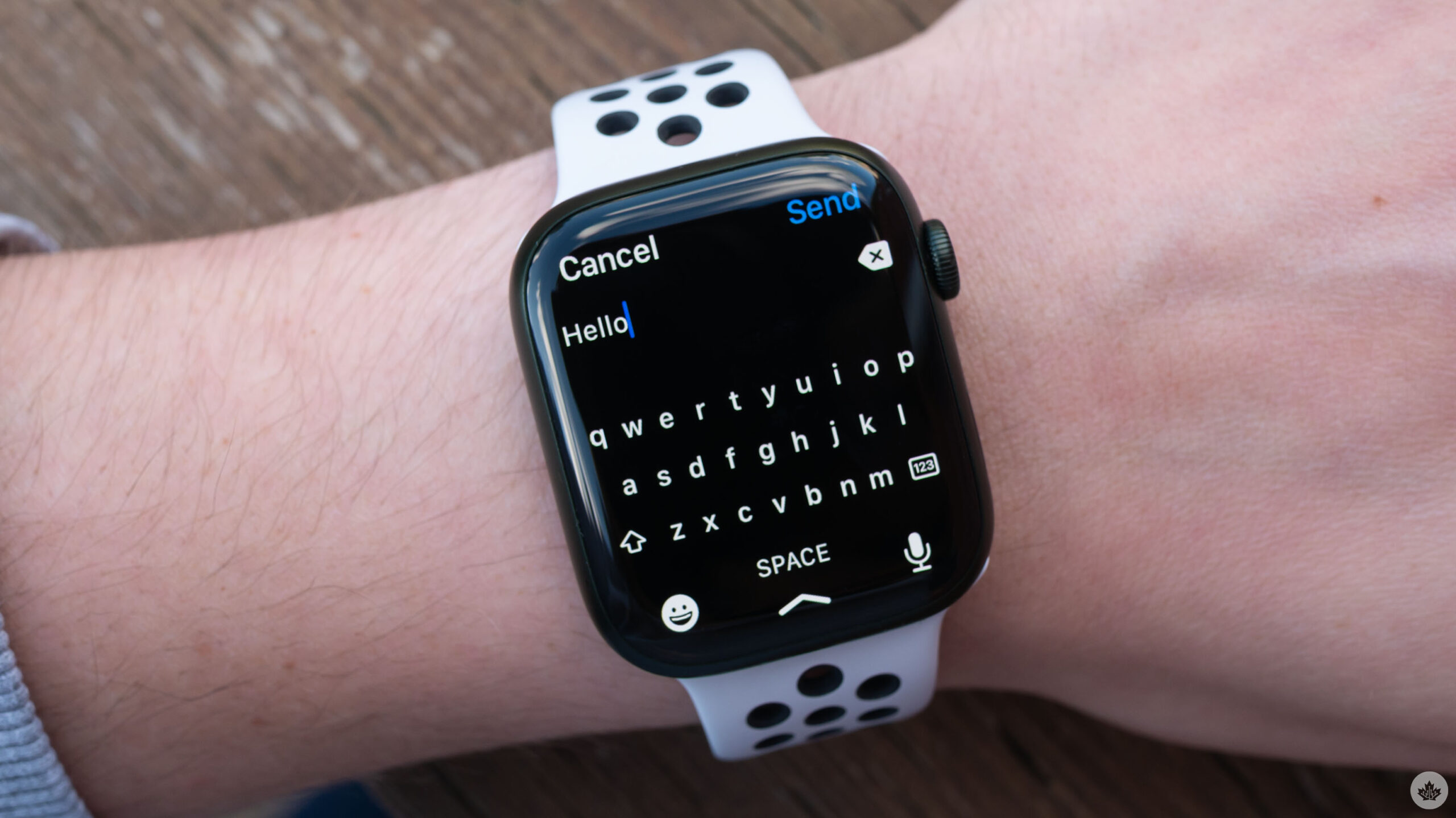 If you’re looking to buy Apple’s new Apple Watch Series 7 in Canada, here’s what you need to know.

The new Apple Watch will be available directly from Apple as well as from multiple carriers. Let’s start with Apple’s pricing and availability for the Series 7:

If you order from Apple directly, the smartwatch will be delivered to you in late November to early December. However, enter your postal code on the website to check the accurate delivery timeframe.

Rogers has the Apple Watch available in the aluminum case only in ‘Midnight,’ Starlight’ and ‘Blue’ colourways. The carrier also offers a $10/10GB plan for the LTE version of the smartwatch.

Telus says that financing for the Series 7 is available online, in-store and over the phone.

Telus has the watches available in all colourways.

Bell has both, the 41 and 45mm variants available in all offered colours.

Additionally, Sasktel offers a ‘Smart Data 3’ watch plan with unlimited Canada-wide data for $10 per month. It’s worth noting that the first 3GB of usage will offer LTE speeds, after which, speed will be reduced to 512 Kbps.

While Sasktel’s website offers the Apple Watch Series 7 with the pricing listed in ‘Green,’ ‘Midnight,’ Starlight,’ and ‘Blue’ colourways, the smartwatch is currently out of stock. “Try visiting a SaskTel Store or Authorized Dealer,” reads the carrier’s website.

For more on the Apple Watch Series 7, check out our review of the smartwatch.

Note: MobileSyrup has reached out to Bell and Telus for Apple Watch Series 7 data plan pricing. This story will be updated when we receive a response.