TLDR: Survey design matters and results sure can be interpreted in several different ways 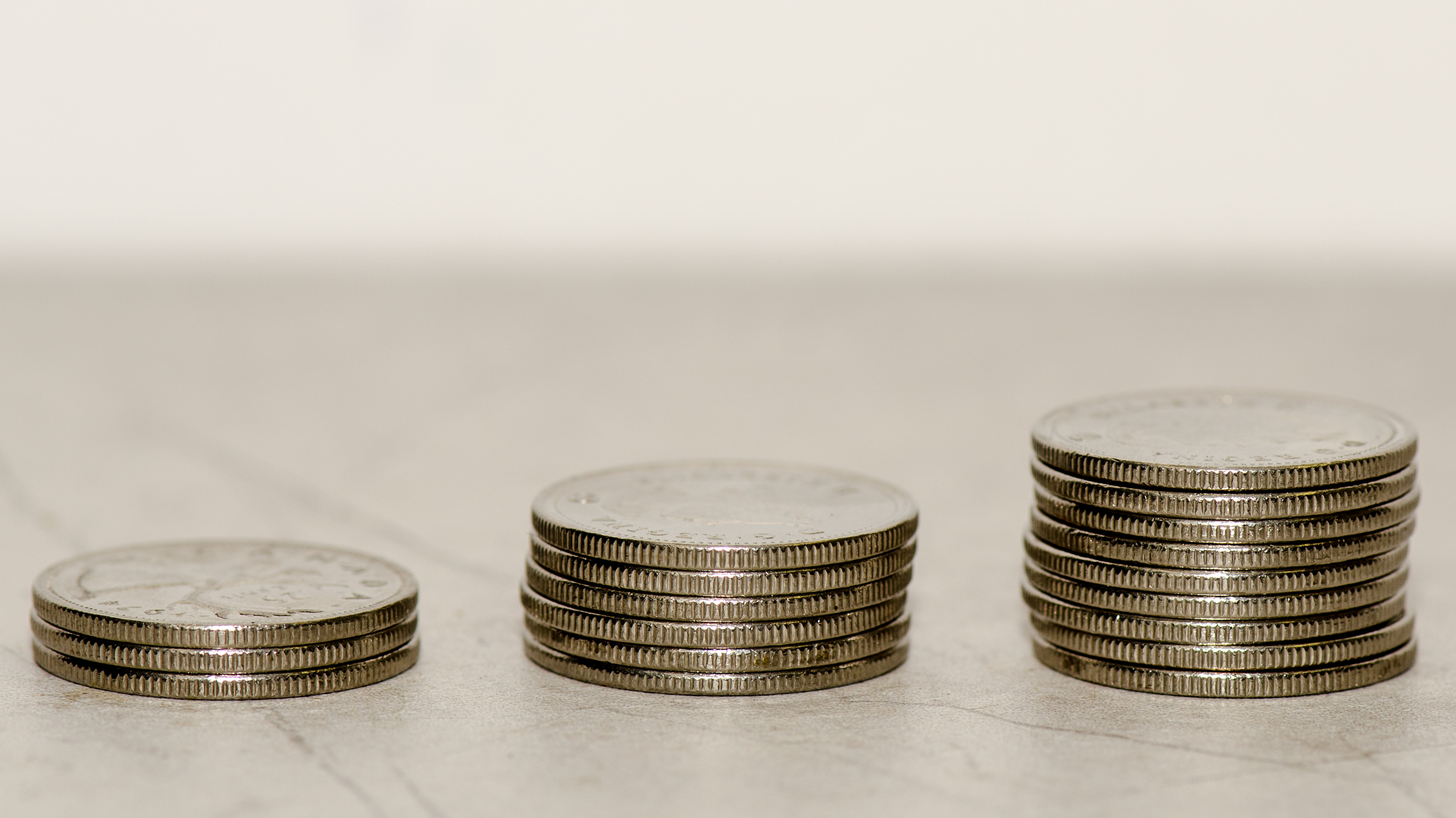 A recent report from PwC Canada is claiming that Canadians “value their wireless services at $11,000/year more than they pay.”

To understand where that — admittedly wild-sounding — $11,000 amount comes from, it’s helpful to understand how the survey was designed.

First off, 505 people participated in the survey, as indicated by the “n: 505” I’ve encircled in blue in the graph below.

Sometime in July 2021, those 505 people were asked “how much money they would accept each month to give up access to their wireless services for an entire year.”

As such, it’s unclear in the report if respondents — upon hitting the threshold of what they’re willing to pay to give up their wireless services — could return to the previous amount or had to then accept the higher amount in order to finish the survey. 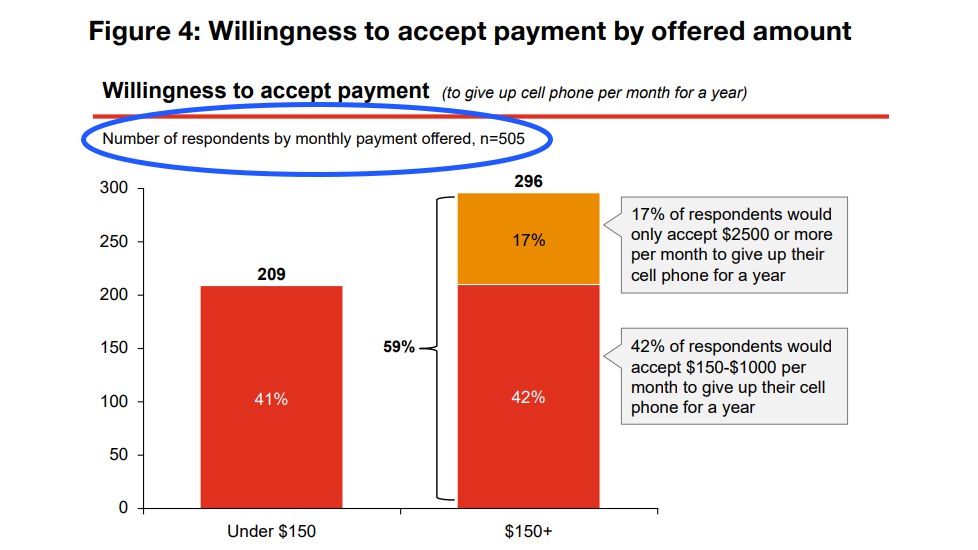 Moreover, 505 participants is a rather small sample size to extract from. For example, a different survey also featuring 500 respondents released just this August found that Canadians feel they pay too much for their internet.

Second, the survey uses an economics concept called “consumer surplus” to generate that $11,000 number. According to good old Wikipedia, consumer surplus is “the difference between the maximum price a consumer is willing to pay and the actual price they do pay.”

Meanwhile the report provides a somewhat different definition, stating that consumer surplus is “the value a consumer receives from a product or service above what they actually pay,” seemingly suggesting that consumers are being undercharged for high-value services.

The difference is worth noting, because the first definition describes consumer surplus simply as the number you get when you subtract the actual cost of a product or service from the absolute highest amount that a person — specifically, 505 people — is willing to pay for that product or service.

Naturally, the absolute highest amount you’d be willing to pay for wireless services — especially if you were asked in July, in the middle of a pandemic, when internet access is many people’s sole lifeline to loved ones and essential services, as well as required for so many in order to keep their work-from-home jobs — is not really the number you’d prefer be used when companies are calculating how much to charge you.

However, the PwC report interprets the survey results differently, stating in the executive summary that “consumers benefit from an average consumer surplus of $948 per month, or $11,376 per year.”

The use of the word “benefit” seems pointed, suggesting that consumers are at an advantage because they’re being charged less than what 505 people — in a country of 38.01 million — have decided is the absolute maximum amount they’d be willing to pay for wireless services.

If anything, the $11,000 amount might make you consider why wireless services, if according to this survey are so important to the monthly existence and continued survival of Canadians, aren’t considered a public service or utility.

Finally, it’s worth noting that the report was commissioned by the Canadian Wireless Telecommunications Association (CWTA), whose board of directors includes representatives from all of Canada’s largest telecom companies.

PwC Canada, which provides “industry-focused assurance, advisory and tax services to public, private and government clients in all markets,” is listed in the directory of “Members, Associates and Affiliates” on the CWTA’s website.

Update 10/14/2021: The headline was updated to more accurately reflect the content of the article.