The event will feature developers from the likes of Square Enix, Gameloft, Ludia, Bethesda, Ubisoft and EA 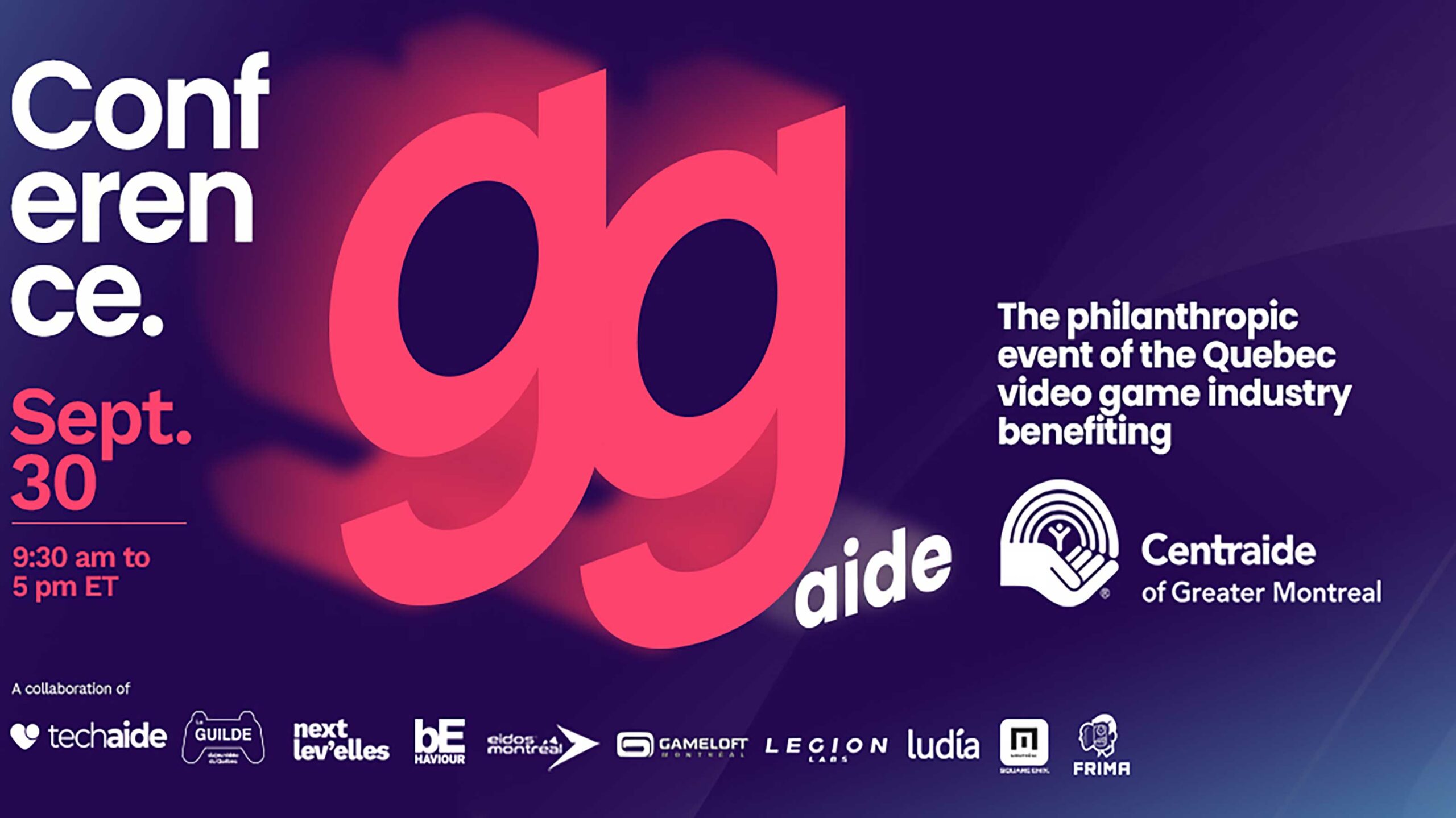 Several Quebec-based video game developers have teamed up to host a new conference that will raise money for charity.

Put together by the grassroots group Techaide, the ‘GGAide’ conference will be a one-day virtual event taking place on September 30th about “the future of gaming.”

Programming highlights include the second edition of Next Lev’Elles, a women in gaming-focused event created by Gameloft Montreal, Ludia Games and Square Enix Montréal, keynote presentations hosted by Epic Games and Unity Montreal and panels with developers from the likes of Ubisoft, Bethesda and EA Motive.

Tickets will cost $50 and 100 percent of proceeds will go towards Centraide of Greater Montreal, a non-profit that fights against poverty and social exclusion. Red Barrels (Outlast) has pledged to match donations made before and during the event up to $7,000.

The full GGAide itinerary can be found here.