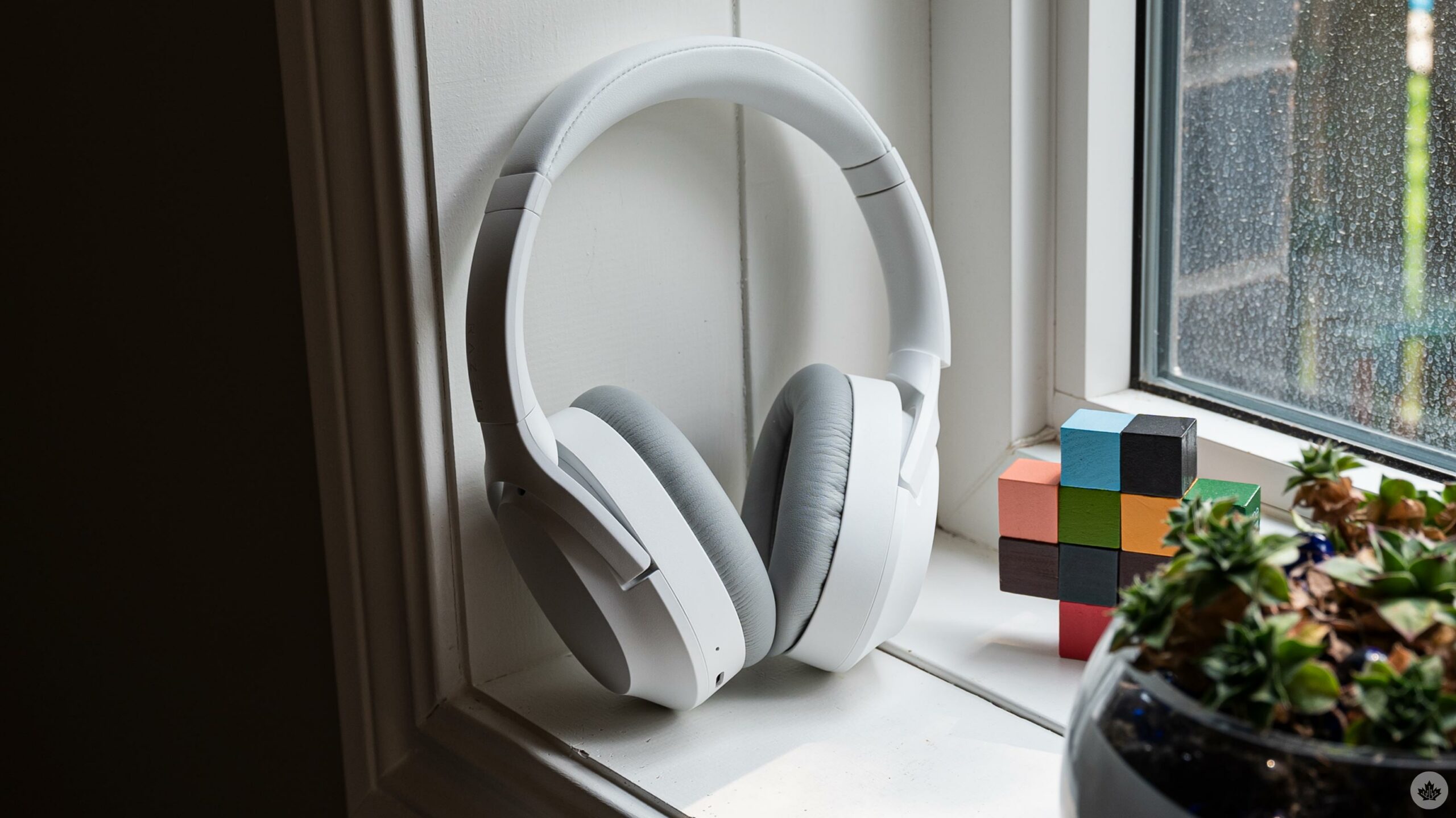 Back in June, Razer unveiled its new wireless headphones with active noise cancellation (ANC). Dubbed the Opus X, the headphones offer decent sound and excellent ANC for a reasonable $129.99.

While the price is certainly appealing, the headphones aren’t perfect. I’ve spent a few weeks with Razer’s Opus X and aside from a few complaints about comfort, I generally like the headphones. But comfort is an important factor for me, and I often found myself reaching for other headphones when I want to listen to music or play a game.

Comfort isn’t everything, and anyone looking for a nice pair of wireless headphones that won’t break the bank should find the Opus X worth considering, with a similar feature set to the pricier Razer Opus headphones and the benefit of gaming-oriented features like a low-latency mode. 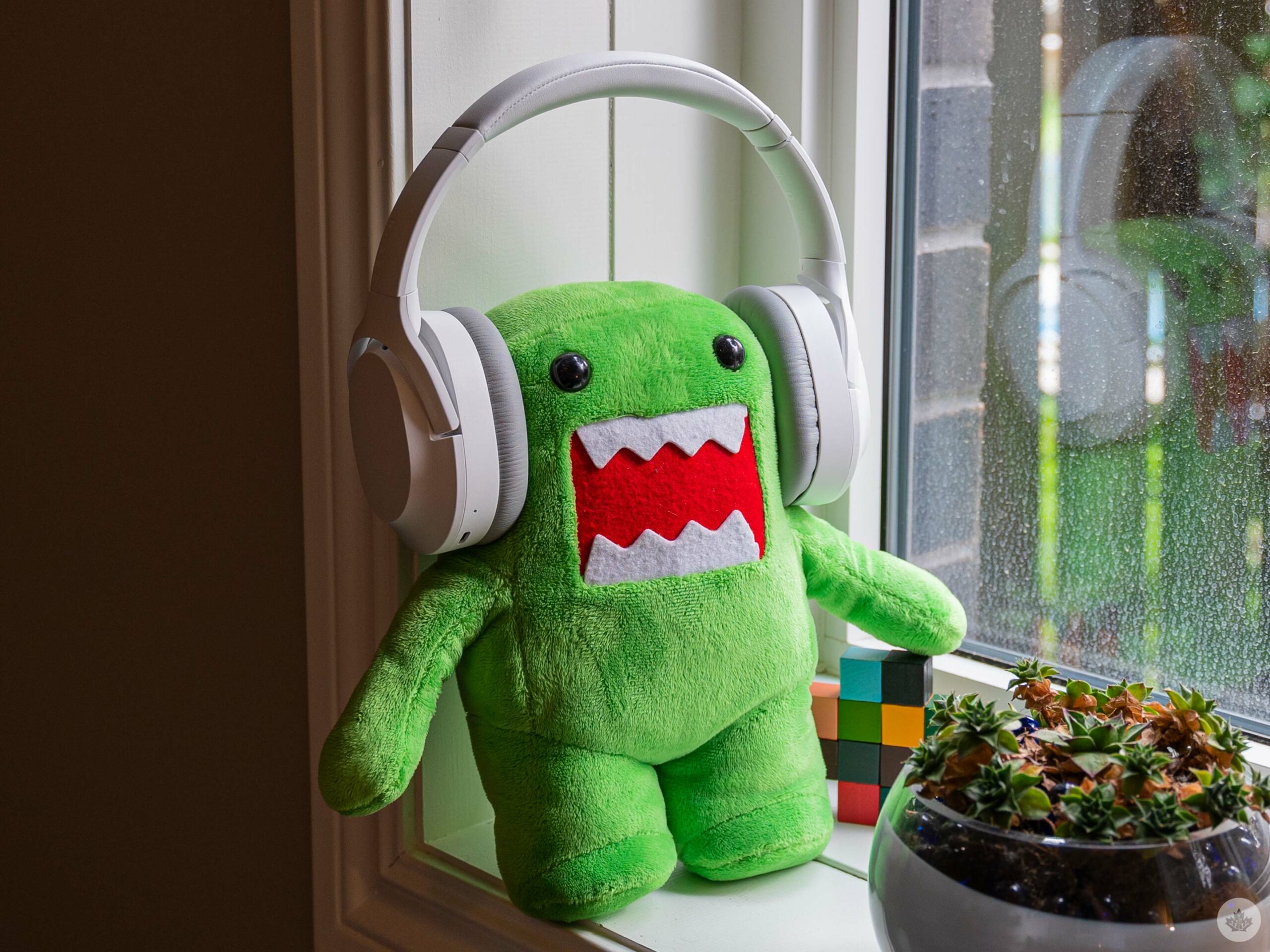 Of course, the most important thing with any pair of headphones or earbuds is sound. Thankfully, the Opus X manage to offer pretty solid audio, which is greatly helped by the ANC. In my experience, the Opus X offered clear audio with decent highs and lows, although some more bass-heavy songs got a bit muddy.

Ultimately, I found the Opus X to be fairly comparable to another pair of Razer headphones, the Blackshark V2 X. The Blacksharks sound slightly better, likely thanks to the larger 50mm drivers (the Opus X has 40mm drivers instead). The Opus X also didn’t quite stand up to my much-loved Audio Technica ATH-M50 headphones, but then, I’m not sure anything will at this point. Finally, I compared the sound of the Opus X to two Surface audio devices, the Earbuds and Headphones 2.

Unsurprisingly, the Opus X sounded better than the tiny Earbuds. As for the Headphones 2, I find the audio out of them sounds a tad cleaner than the Opus X, but not significantly better. Of course, a dedicated audiophile may hear more of a difference between the Opus X and some of the other headphones I’ve tried. But I think the average user would have a difficult time picking one that’s definitively better than the other.

The Razer Opus X headphones also feature an excellent built-in microphone. In video meetings, participants were able to hear me clearly. For those who attend several meetings and want headphones with a solid mic for that, the Opus X certainly deliver here. 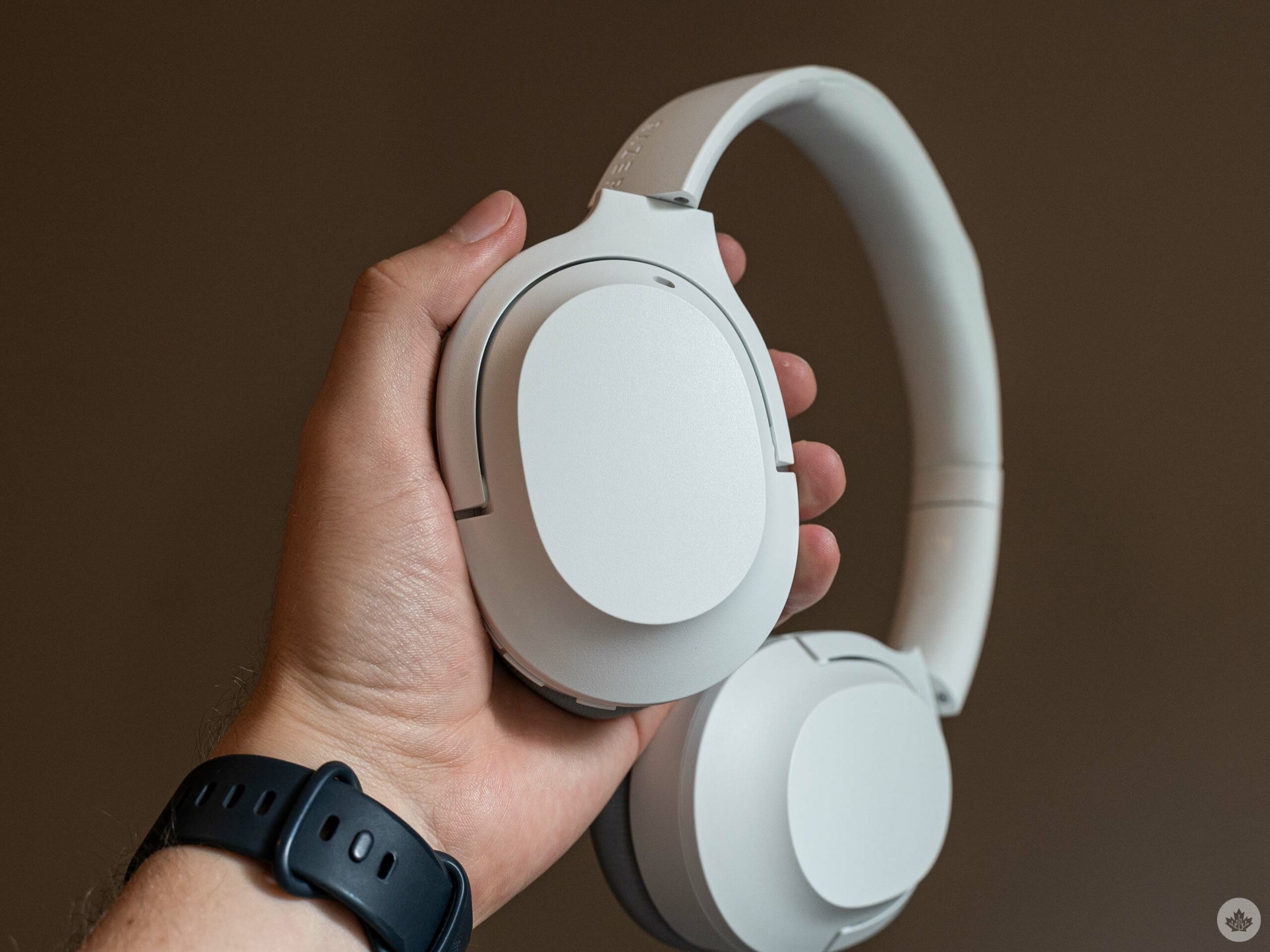 I found the ANC on the Opus X headphones to be quite impressive. It did an excellent job blocking out sound in my home office. Since I share an office space with my wife, it can get really loud between our keyboards and video meetings, so I welcome headphones with reliable ANC.

The Opus X actually block sound almost too well. There were a few occasions where my wife snuck up on me and scared me good because I just couldn’t hear her coming. That said, the headphones let you toggle ANC on or off, as well as enable an ‘ambient’ mode that passes external sound through the headphones so you can clearly hear what’s going on around you.

Razer also could have benefited with a more user-friendly button layout. There are four buttons total, a power button, volume up/down and “multi-function” button (although the power button also severs multiple functions). Volume up and down, naturally, handled volume and that was thankfully it for those. The other buttons are worse.

As for the “multi-function button,” a single-press will play/pause music and accept or end calls. You can also press-and-hold the button for two seconds to launch a voice command, reject and incoming call or end your current call and swap to an on-hold call.

Pressing the “multi-function button” for five seconds will enable or disable the low-latency ‘Gaming mode’ while a double press skips the current music track and a triples press goes back to the previous track.

Ultimately, I found it hard to keep all the different types and lengths of button presses straight and often grabbed the manual to reference which buttons did what. 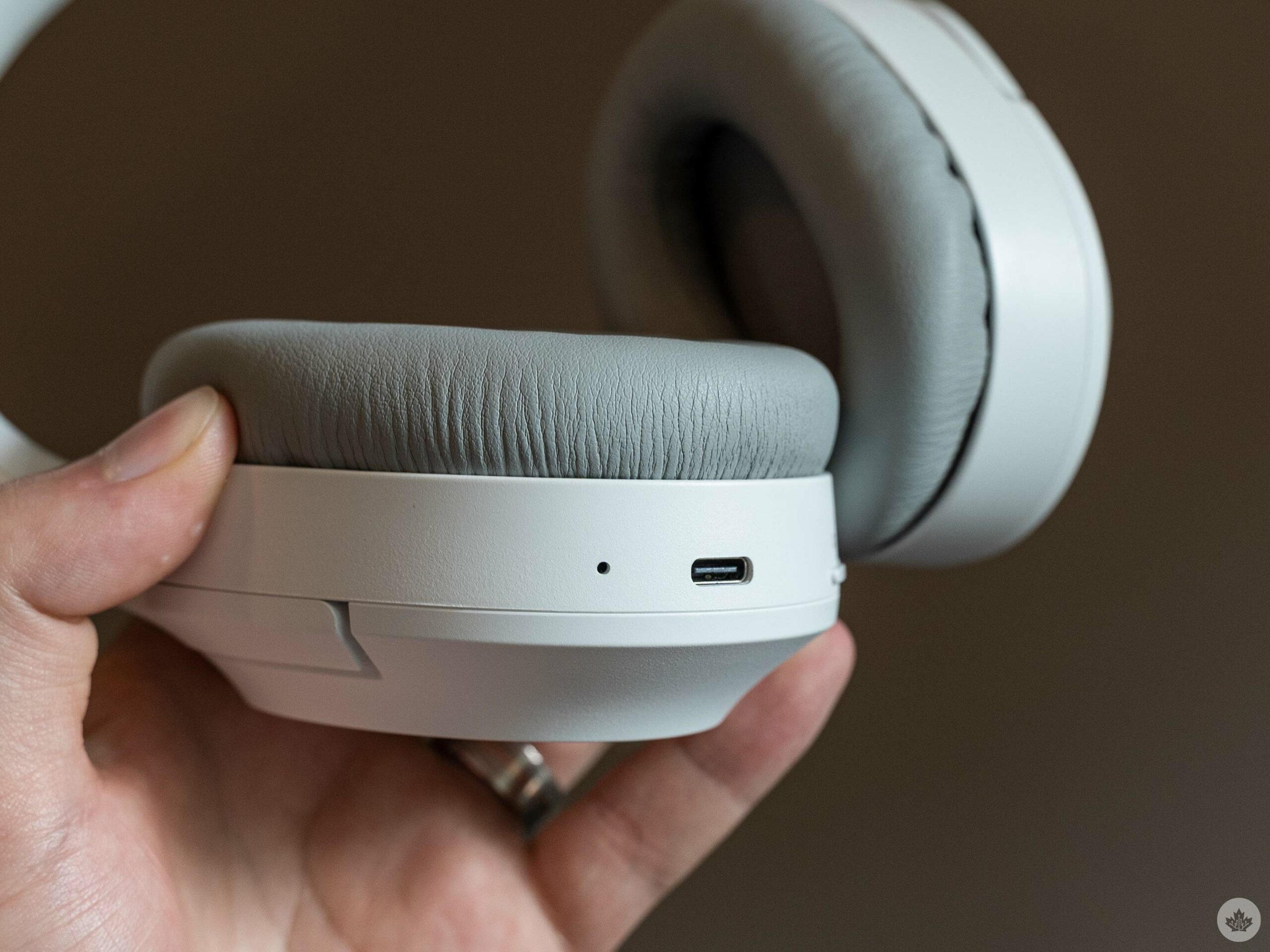 As mentioned up above, the Opus X offer a low-latency ‘Gaming Mode,’ which should make the Bluetooth headphones more appealing to gamers, a group that has been mostly anti-wireless for a while.

Razer’s website touts the headphones’ 60ms low latency connection, which is nice. In practice, I really didn’t notice a difference when gaming with the Opus X, but that’s not to say it wasn’t working. Regardless, latency isn’t so much my concern when it comes to wireless headphones and gaming — my main worries include whether my battery is charged for my gaming session and whether my audio sounds good. For those who do worry about latency, however, the Gaming Mode is there for you.

With the Opus X, I didn’t have to worry much about my other concerns. With 30 hours of battery (40 hours if you don’t use ANC), I almost always had enough juice for a gaming session. That said, I wish the Opus X did a better job of communicating battery level. The headphones feature a status LED that shows green when the battery is charged, orange when it’s low and red when it’s “critically low.” The Opus X also don’t announce their charge level when you turn them on like the Surface Headphones 2 — a feature I didn’t realize I missed until it was gone.

Instead, I usually checked the connected device to see the battery level. If you use the Opus X with a smartphone, that shouldn’t be much of a problem, but since I primarily used the Opus X with a Windows machine, I had to venture into the Windows 10 ‘Devices’ menu, which is never fun. 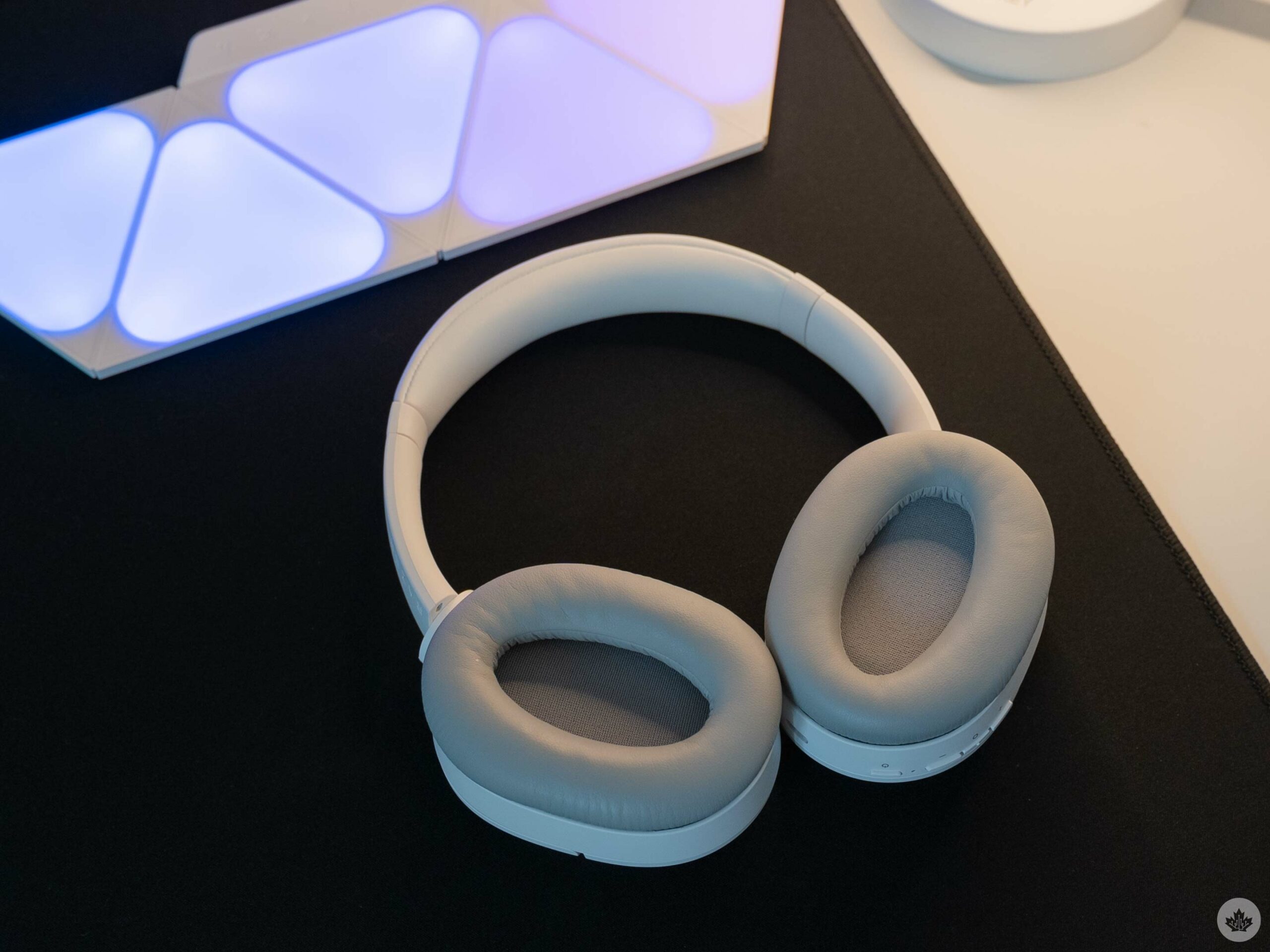 The Opus X also don’t offer auto-pause when you remove them, which is annoying if you’re used to that, but not a deal-breaker. That capability is also one of the few differences between the Opus X and the more expensive Razer Opus headphones. The regular Opus headphones are also “THX Certified” and offer a second 3.5mm connection option, but no low-latency option for wireless connections.

While most people aren’t travelling much these days, those who do may want to skip the Opus X — they don’t fold up at all, making them a bit of a pain to store while on the go.

Finally, when it comes to comfort, the Opus X just aren’t for me. Maybe someone with much smaller ears would like them more. The big issue with the Opus X are the size of the ear cups — they’re just too small. Both the Surface Headphones 2 and the Razer Blackshark ear cups fit comfortably around my ear, so they don’t put any pressure on the ear itself. The Opus X, on the other hand, have narrow cups that sit directly on my ears. As cushy and well-padded as the ear cups are, they get uncomfortable after a while because of that.

All around solid headphones for a decent price

All things considered, I really like the Opus X headphones and, aside from some issues with comfort, they could definitely be my daily drivers. The headphones have decent sound, the Bluetooth connection was flawless in my time with the headphones, the ANC is almost too good and overall the Opus X are just really nice.

As for the Blackshark V2 X headphones, they’re a little cheaper at $89.99 with slightly better sound but no wireless capability or ANC.

Ultimately, it comes down to whether you want wireless headphones or not. In the sub-$150 category, the Opus X are a great wireless option, but I think you could get better wired headphones in that same price-range.

You can buy the Razer Opus X headphones on the company’s website. The headphones come in ‘Green,’ ‘Quartz’ and ‘Mercury.’

Comfort issues aside, the Razer Opus X are great headphones for a reasonable price.