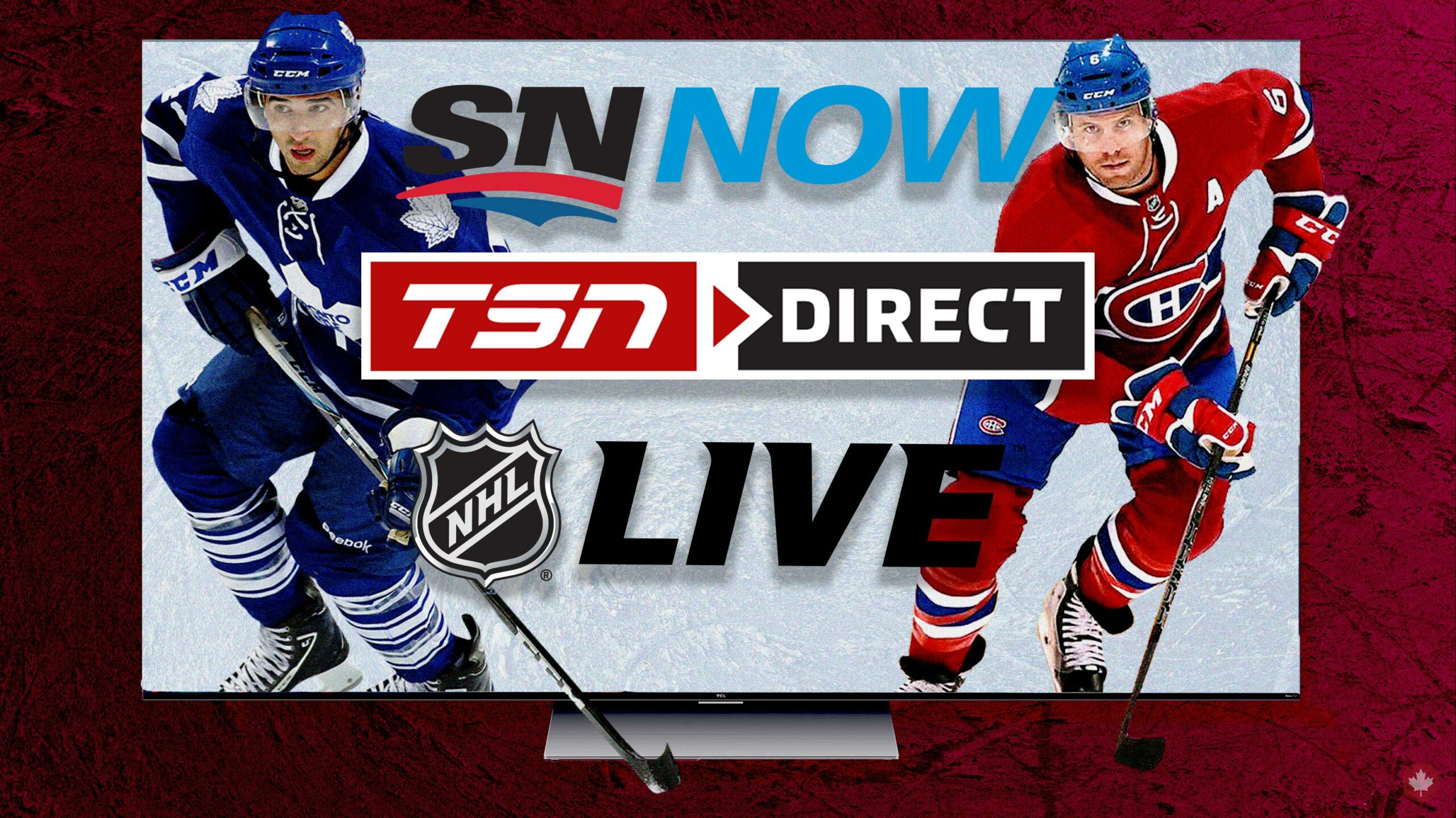 Streaming hockey is not an easy feat in Canada. There are regional blackouts that apply to games, making it difficult for one service to hold all of the matches.

There are three main streaming services that broadcast the NHL, Rogers’ Sportsnet Now and NHL Live services and Bell’s TSN Direct. It should be noted that these apps are not on every streaming platform. Notably, Roku users are left out, so make sure you have the ability to use these apps before going through the hassle of finding out which one works for you.

Sportsnet Now+, the upper tier of Sportsnet Now, is likely where most NHL fans should find themselves this season since that service comes with the most games. However, it doesn’t offer them all, so depending on what team you cheer for and where you live, you might need a different service. 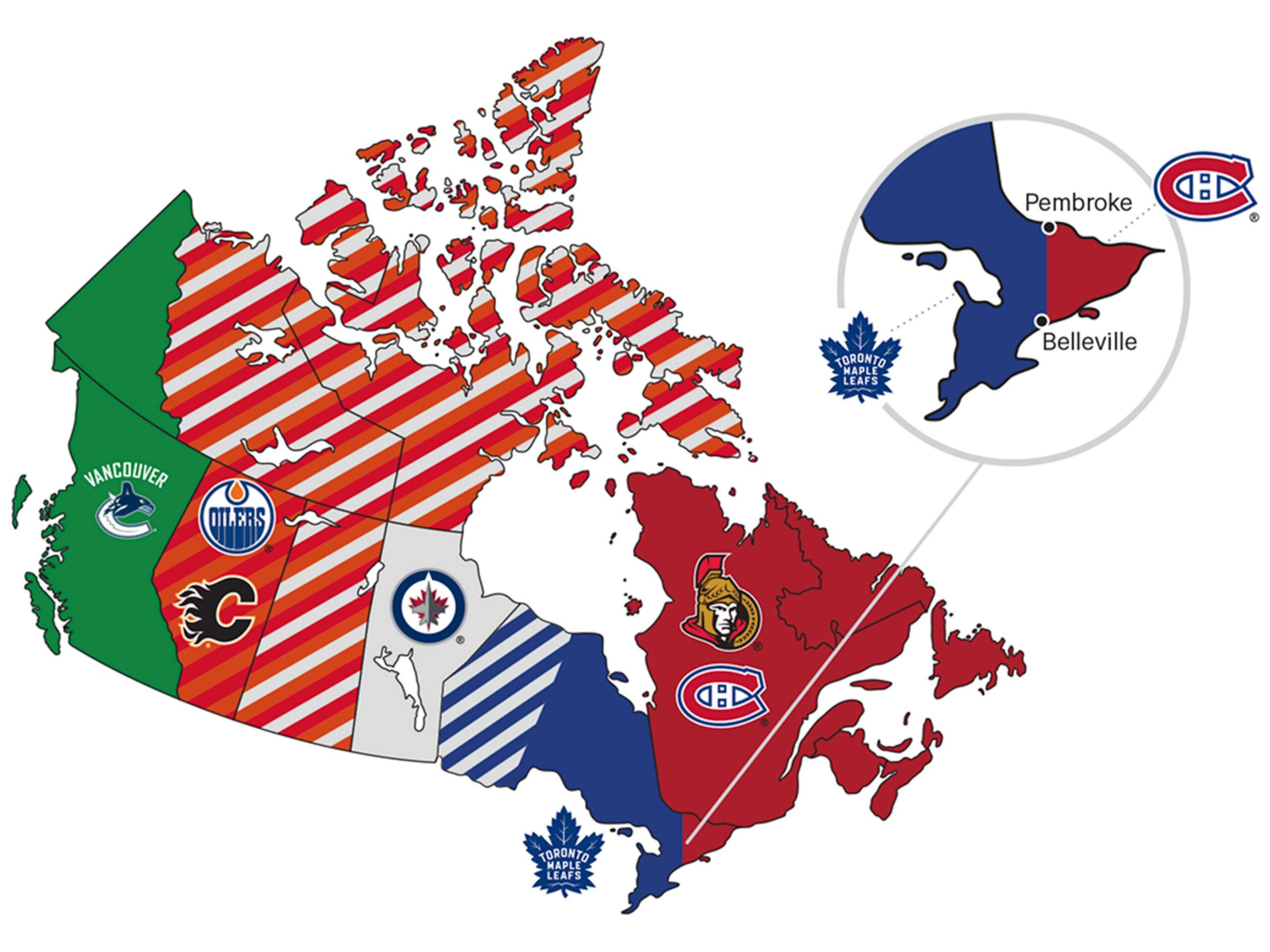 Study this image, because it’s paramount to understanding this story.

Every NHL team has a number of matchups designated as Regional games, which the team can sell the broadcast rights to a local broadcaster. This sounds nice, but in reality, it means that TSN has the rights to a few teams and Sportsnet has the rights for the others.

The picture of the map above shows these viewer regions in Canada. That means if you’re a Canaucks fan in Vancouver, you can watch Regional Canucks games from whoever has the regional rights to broadcast it. In 2021, the rights are held by Sportsnet.

On the other hand, National Games are sold as a single package to the highest bidder, which is Sportsnet, until 2026. These games can be broadcast country-wide so everyone can watch the games on the same channel. This includes the Playoffs, Hockey Night in Canada and other big-name hockey events.

What you need to understand is where you live and how that applies to the team you cheer for. For example, a Sens fan in Halifax can watch all the regional games with one provider, but if that same fan moved outside of the red zone on the map, they’d need to use a different service to access Sens games since they’re no longer part of that broadcasting region.

NHL Live is the service to remedy this and you can find more about it below. 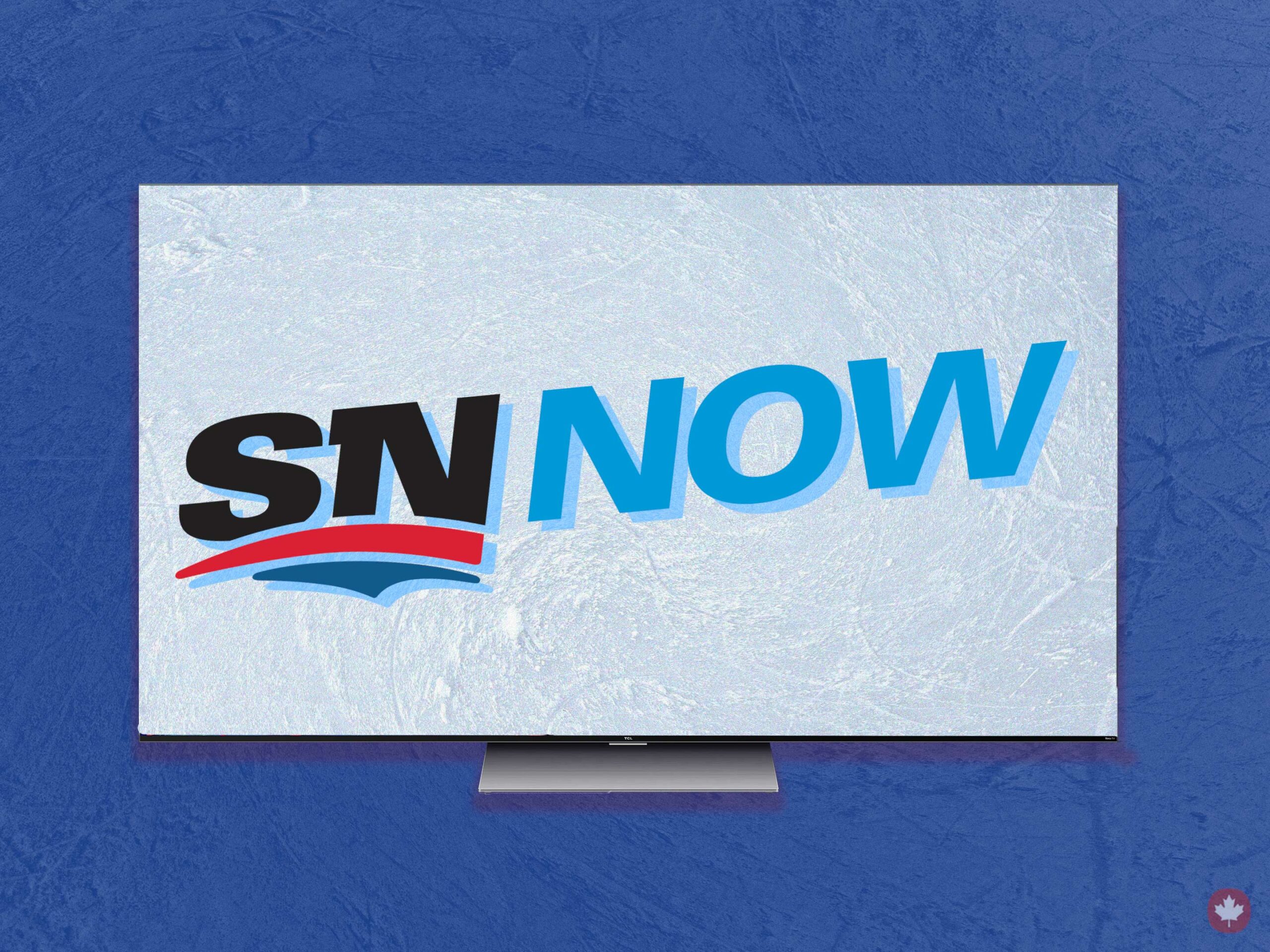 There are two tiers to Sportsnet Now. A basic level and the ‘+‘ option.

Sportsnet Now+ is likely where most hockey fans end up since it offers users streams of the Flames, Oilers, Canucks and Leafs, plus every national game from Hockey Night in Canada and Scotiabank Wednesday Night Hockey, and every Stanley Cup Playoff game.

That said, it’s still subject to local blackouts. This means you won’t get any regional games for the Sens, Jets or Canadiens if you live in those areas. To watch those local games, you need to subscribe to TSN. Sportsnet has the rights to regional games from the Canucks, Flames, Oilers and 11 Leafs games, so if you live in one of those regions, you will get to see your local team’s local games. Although, a Canucks fan who lives in Toronto will still be locked out of watching regional Canucks games since those are only broadcast in B.C. and the Yukon via Sportsnet. 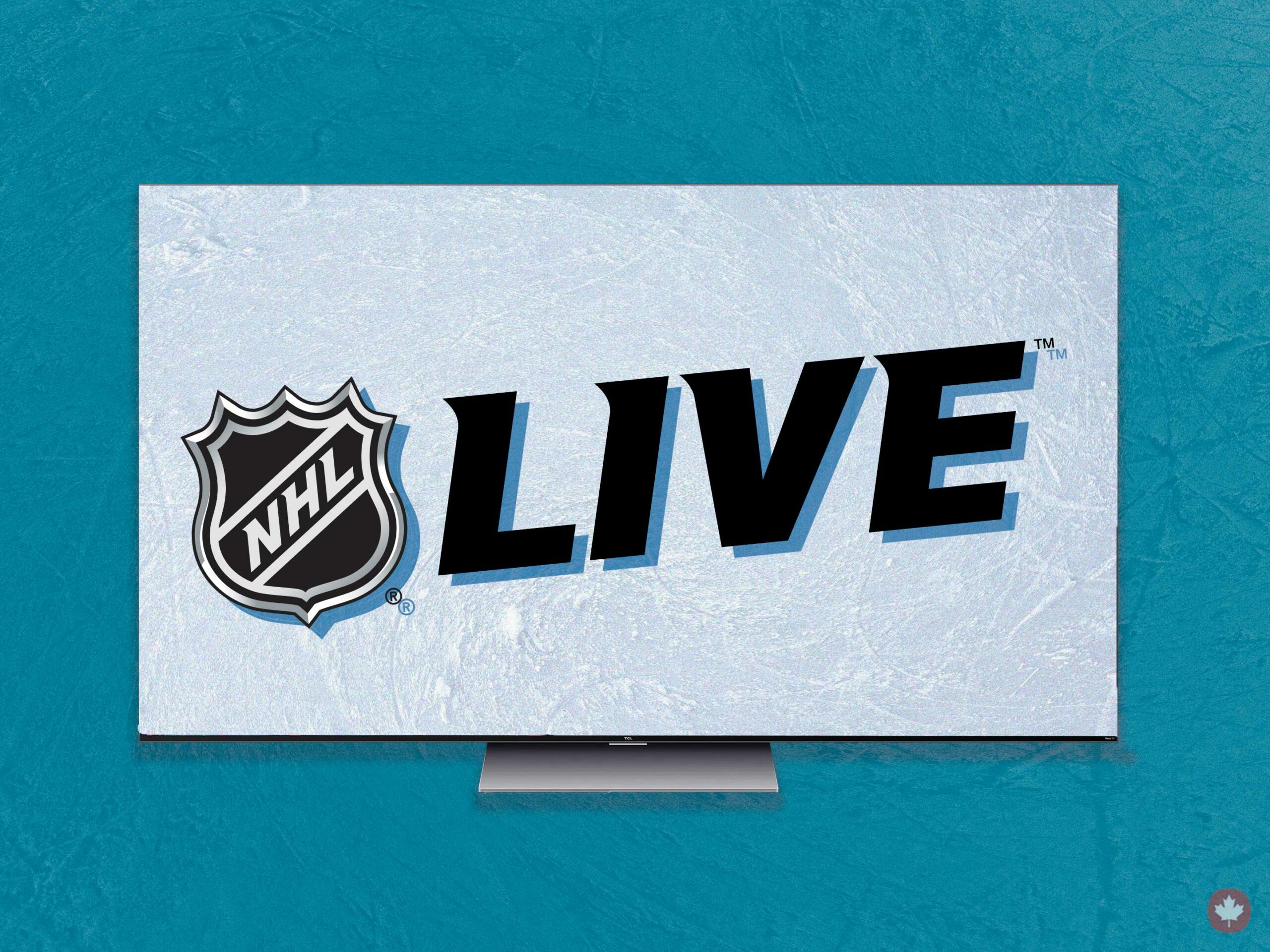 NHL Live isn’t designed to give you regional games, but it does give you access to every single game outside of your region.

This means that if you’re a Canucks fan living in Toronto, then you can watch almost every single one of the team’s games on NHL Live. The one caveat is if they are playing the Toronto Maple Leafs and it’s one of Toronto’s regionally blacked-out games, you’re going to be blacked out as well.

You can learn more about NHL live’s pricing here. The yearly cost is $179 per season. It should be noted that it’s included with a Sportsnet Now+ membership. 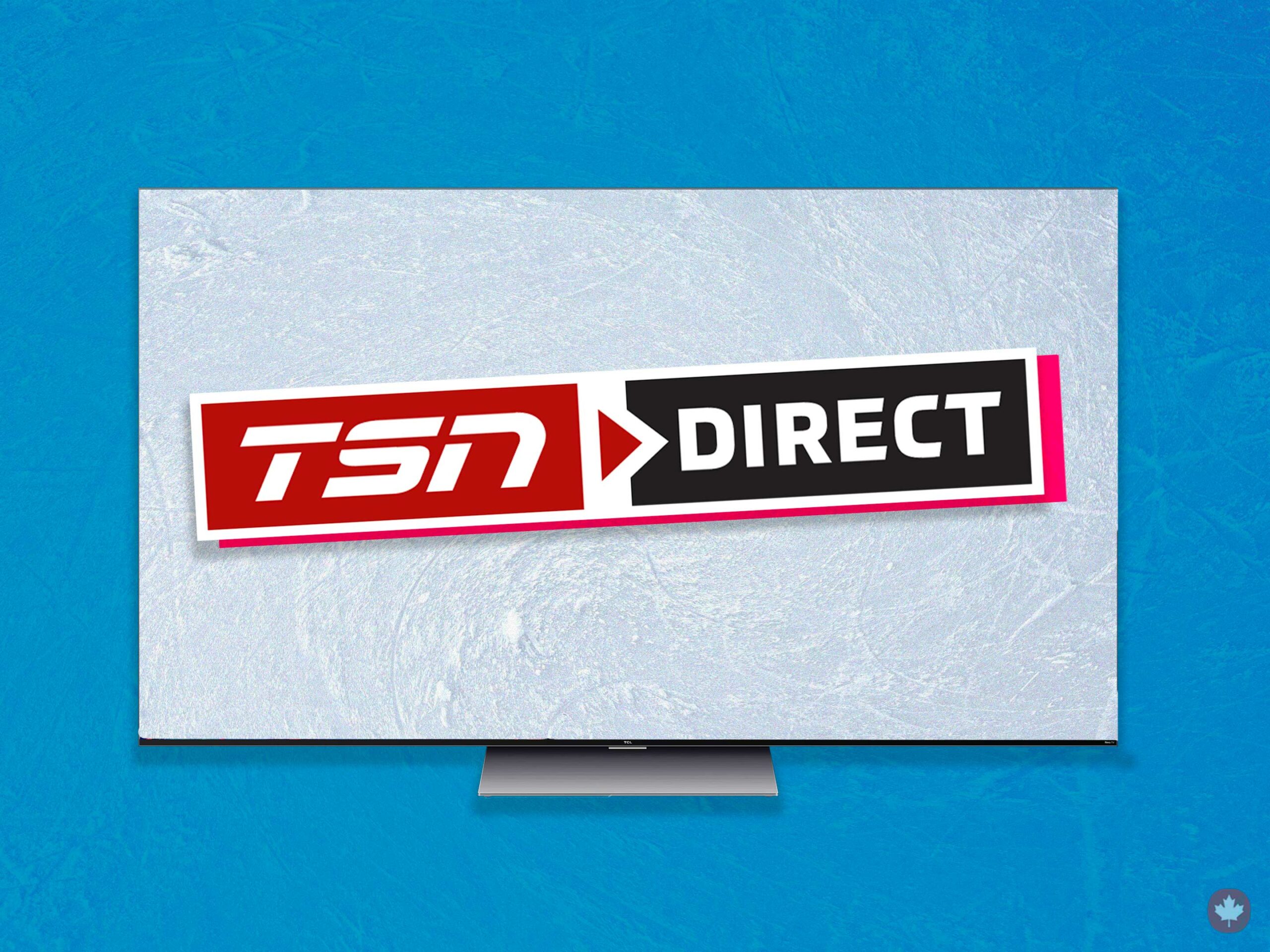 TSN doesn’t have the rights to national hockey for the time being, so it can only broadcast regional games. This includes 18 Toronto Maple Leafs games, 40 Sens games, 42 Jets matches and 34 Montreal Canadiens matchups.

That said, TSN is only broadcasting those games in the regions defined in the image above. So if you’re a Hab’s fan living in Alberta, NHL Live is likely your best bet. If your a Habs fan living in Quebec, you’ll need TSN to see all your Regional games and either NHL live or Sportsnet Now to see all the other nationally broadcast games.

TSN Direct of course, carries more than just the NHL and has various pricing tiers, but the best value is the $99 for six months option.

So you’re telling me I need two streaming services to get all the games?

Yep, keep your head up out there — Bell and Rogers have the NHL locked down. You’ll have to get whichever service has your regional games since those are blacked out on NHL Live.

You might be able to get away with just an NHL Live subscription and buying a few TSN and Sportsnet weeklong/daylong passes when you need to watch important games if you live out of your favourite team’s region. But for most, people this is unlikely their situation, so they’re locked into getting multiple services.