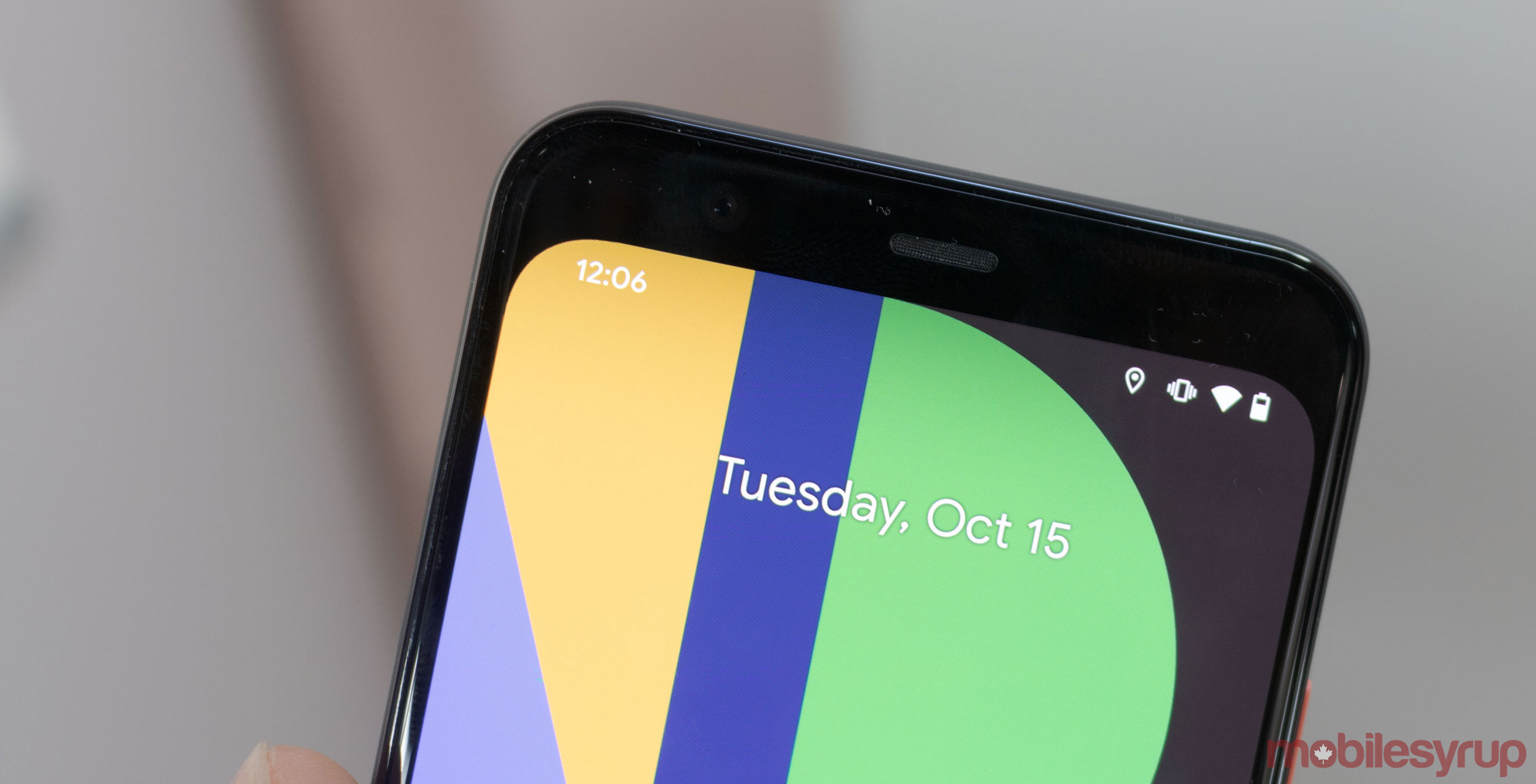 This is a departure from the Pixel 3‘s two dual front-facing shooters. Some might wonder why Google decided to get rid of the shooter. However, it just so happens that the Pixel 4’s one camera is just as good as the two featured in the Pixel 3.

The secondary camera for the Pixel 3 is a wide-angle shooter with a 97-degree field of view and an f/2.2 aperture. Meanwhile, the Pixel 4 primary selfie camera features an f/2.0 aperture with a 90-degree field-of-view.

Google says that this was a ‘best of both worlds’ situation, allowing users to take the same shots they could before without needing two front-facing cameras. In a way, it makes sense for Google to do this considering the company already has several sensors in the Pixel 4’s rather large top bezel.

Stay tuned to MobileSyrup for our full Pixel 4 review, as well as a comparison between the smartphone’s camera and other flagships.