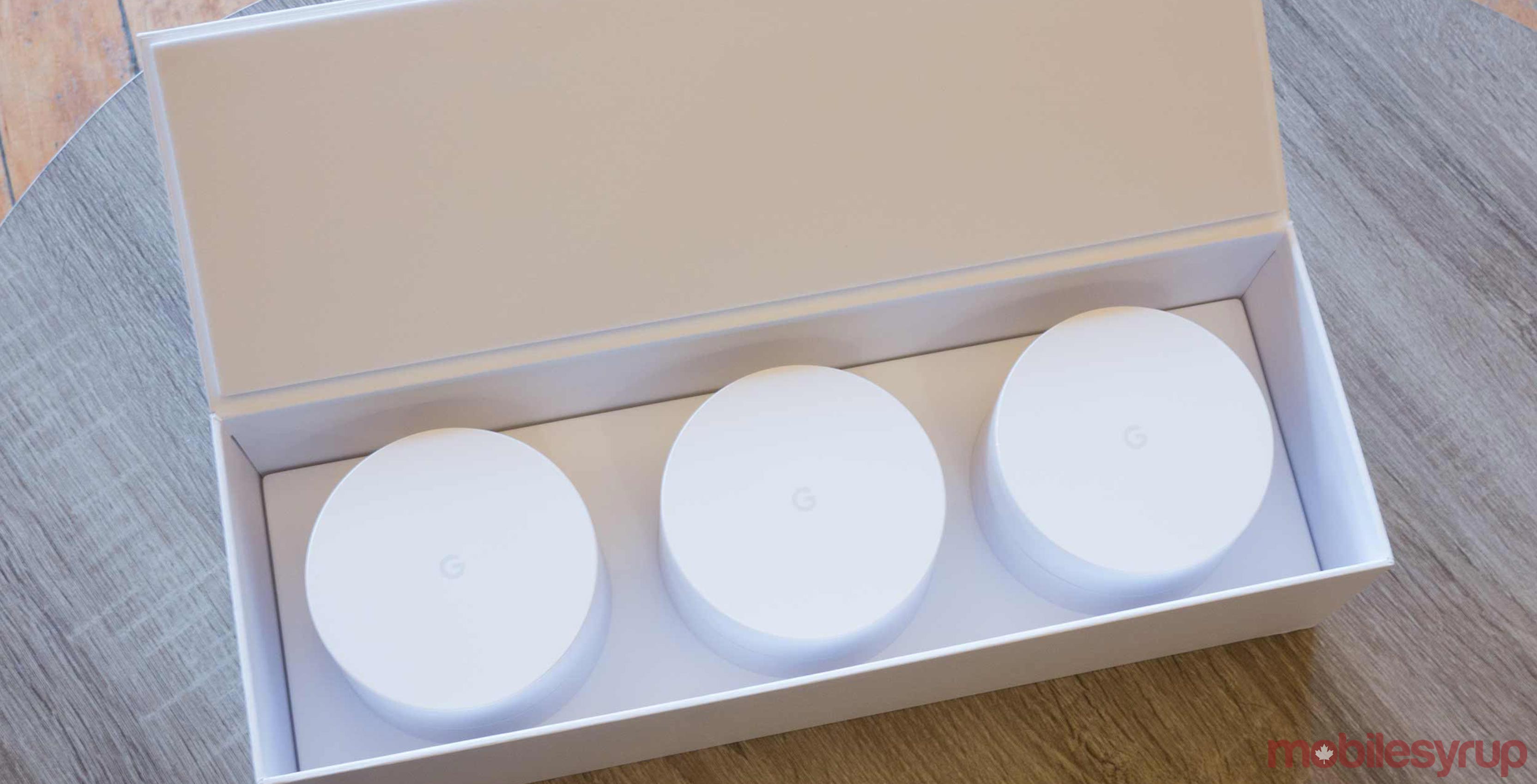 Google’s upcoming Nest Wifi was recently spotted in a Federal Communications Commission (FCC) listing. Rumours suggest Google will announce the router and beacons at its event on October 15th.

The model numbers ‘A4R-H2D and A4R-H2E’ that sport the classification “interactive internet streaming device(s),” were spotted in the U.S. regulatory agency, according to 9to5Google.

The Nest Wifi and beacon with FCC labels don’t reveal much about either device. H2D might feature a wider body, whereas H2E is taller. It’s a little unclear which is the router and what one is the beacon, though it’s likely the router is the wider device.

The Nest Wifi will support both Bluetooth and the 802.11 a/b/g/n/ac Wifi standard. It’ll also support the 802.15.4 standard with speeds up to 2.4GHz similar to the Nest Hub Max. This might help the Wifi work hand-in-hand with other Google home devices.

Reportedly the Nest Wifi will work as the main device but also comes with two smaller beacons that double as Assistant speakers. The primary router will not have a microphone or speaker, however.

Google will likely show off these devices alongside the Pixel 4, a rumoured Pixelbook and a new Nest Home Mini at its event in October.