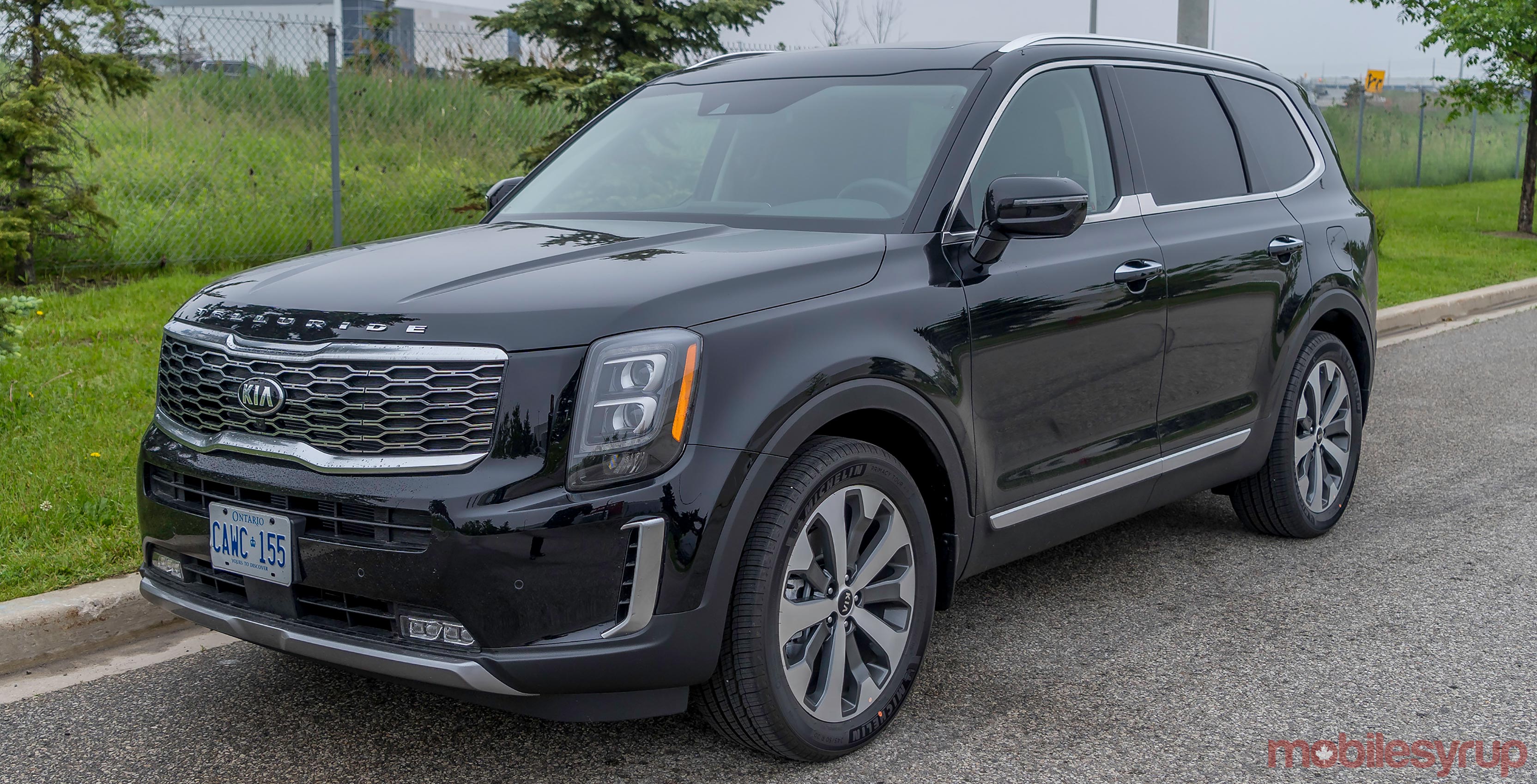 Kia’s UVO infotainment system has gone through a bit of a visual makeover, but there are additional features and controls that are helping the evolution along.

The latest iteration of the platform is relatively widespread in the automaker’s various models. That range includes the 2019-20 Rio and on up to the sedans, SUVs and minivans, like the Optima, Sorento and Sedona. The latest version seen in many of the 2020 model vehicles builds off of what came before.

I tested it out on the 2020 Kia Telluride, an 8-seat SUV that is on the higher end in the company’s portfolio. The 2020 Telluride comes in three trims: EX, SX and SX Limited. The SX trim I rode in comes in at $49,995. All of them offer UVO Intelligence, CarPlay, Android Auto and in-car navigation and the Harman/Kardon sound system only offered on the SX and SX Limited. 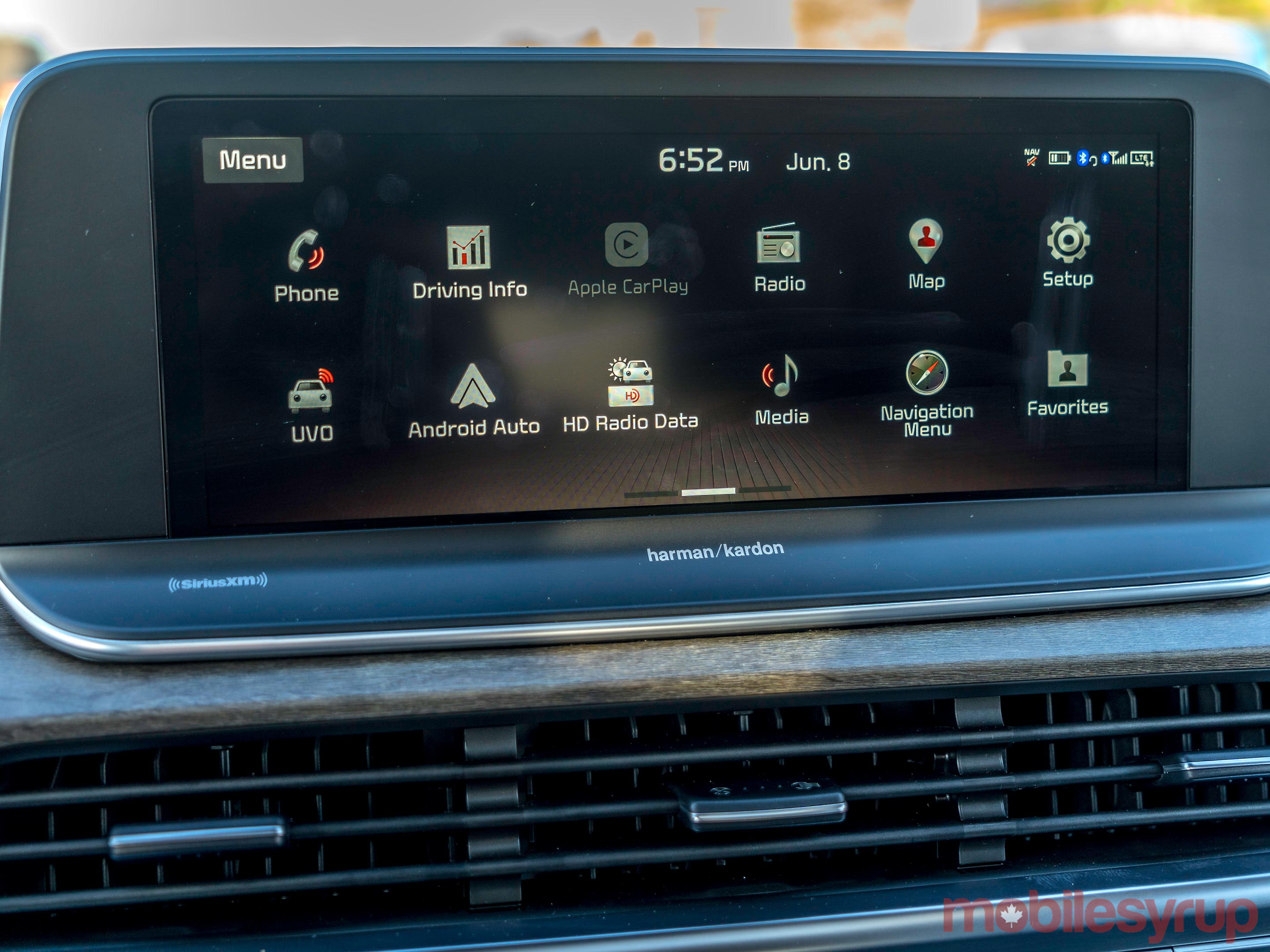 As before, UVO functions on two pillars. First, there’s the system in the dash that handles all connectivity within the vehicle. Second, is UVO Intelligence running through the free app for iOS and Android to control some vehicle features remotely.

For the most part, these two still run the same way, which is to say that they complement each other, rather than run concurrently. For example, it’s possible to remote start the engine, lock/unlock doors and even flash the four-way lights using the app. So long as you’re connected to LTE or Wi-Fi, you can do it from pretty much anywhere. The vehicle diagnostics and maintenance scheduling largely remains the same. 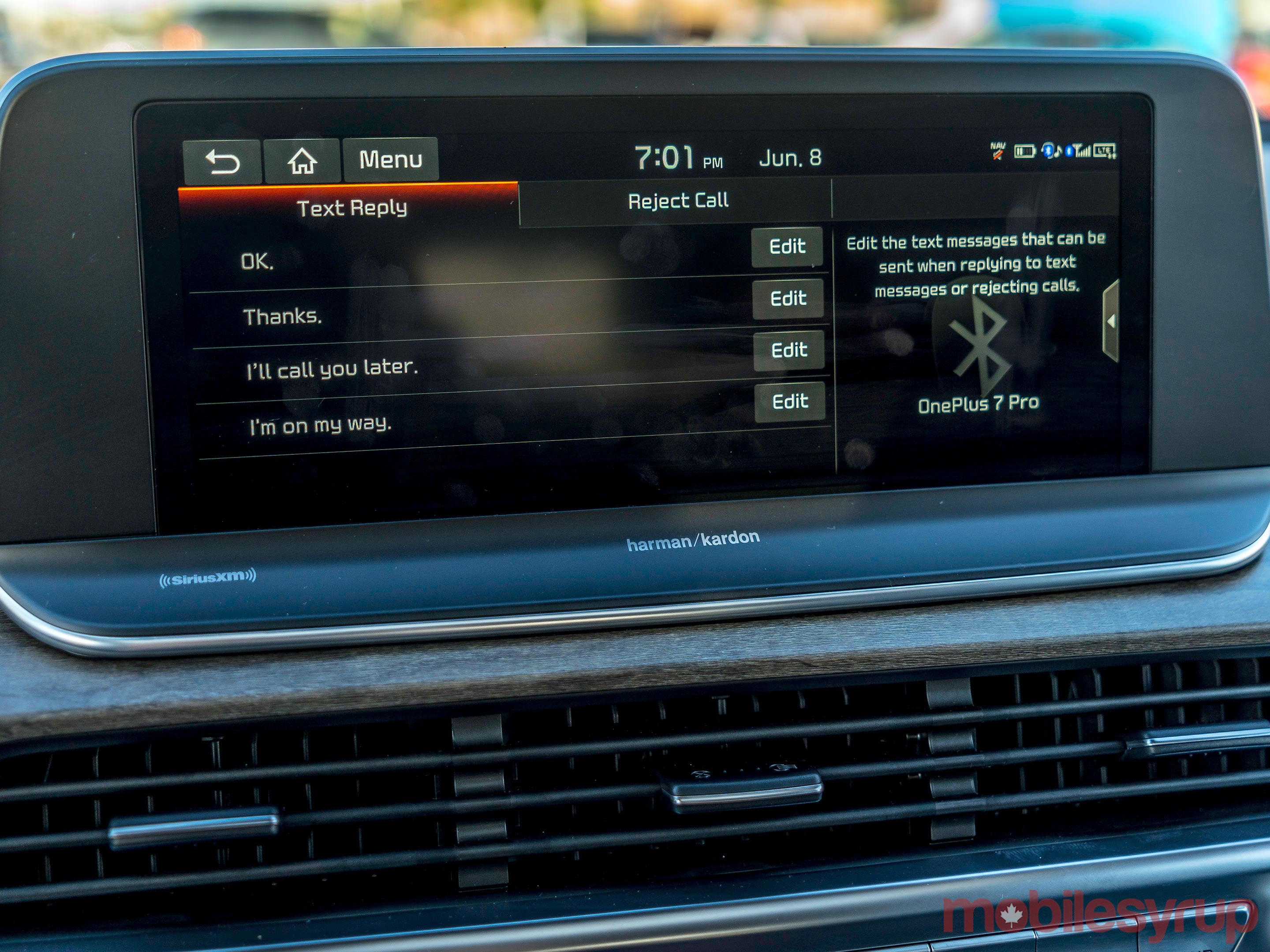 That familiarity still misses on certain features. For instance, I wasn’t able to send a destination address to the in-car navigation. Perhaps less of a factor now that Google Maps and Waze work on both Android Auto and CarPlay.

Once in the car, Kia still eschews native third-party app support, preferring to defer all that to Apple and Google. There is some limited functionality, like with calls and text messages, but nothing else integrated, as we sometimes see with other automakers. 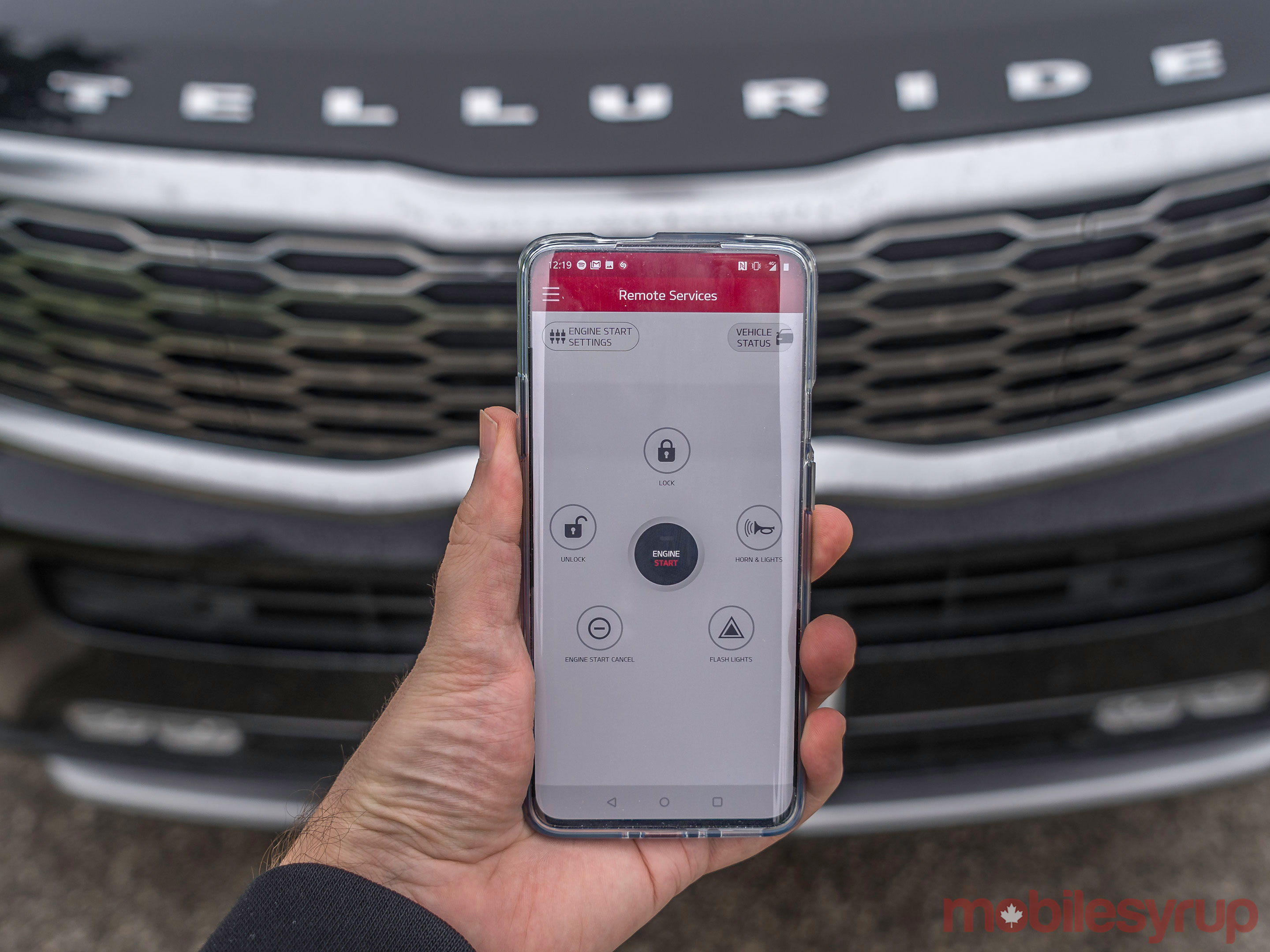 Unlike the Rio I test drove almost two years ago, the Telluride was laden with USB-A ports. There was the primary one for phones in the front under the dash, with another in the storage bin in the centre console, next to the 12-volt socket. There were two more, each built into the back and front passenger seats for people sitting in the back to charge their devices. Kia even threw in an additional 12-volt socket and three-pronged power outlet on the lower portion of the centre console facing rear passengers.

Notably missing from the connection layout was an Aux-In port. There isn’t one, and Kia has essentially abandoned the old 3.5mm jack to give way to USB and Bluetooth as primary alternatives. There is a wireless charging pad under the USB port, and it is standard on all Telluride trims.

Bluetooth connections can handle up to five phones, but can’t keep two connected simultaneously. For example, if you have a work and personal phone, you can only keep one paired. And without the Aux-In port, you don’t have that as a fallback option. USB is one way to connect, but even then, the system will prioritize one over the other based on the mode you’re in. If it’s CarPlay or Android Auto, that device gets dibs. If it’s Bluetooth audio, then that device takes precedence.

The built-in SIM card is for enabling UVO Intelligence to work with the app, but unfortunately, still doesn’t allow for an in-car Wi-Fi hotspot.

UVO Intelligence is neat in its own way. Starting the car or locking the doors (in case you forgot) through the app is convenient. It’s just not practical if you’re standing close to it. The signal’s triangulation takes up to 30 seconds to actually go through — and that was on full bars. With a spottier connection, it takes longer.

That’s okay if you’re walking to the car in a big shopping mall or just want to heat it up or cool it down before getting in, but the regular keyfob was a lot faster in closer quarters. 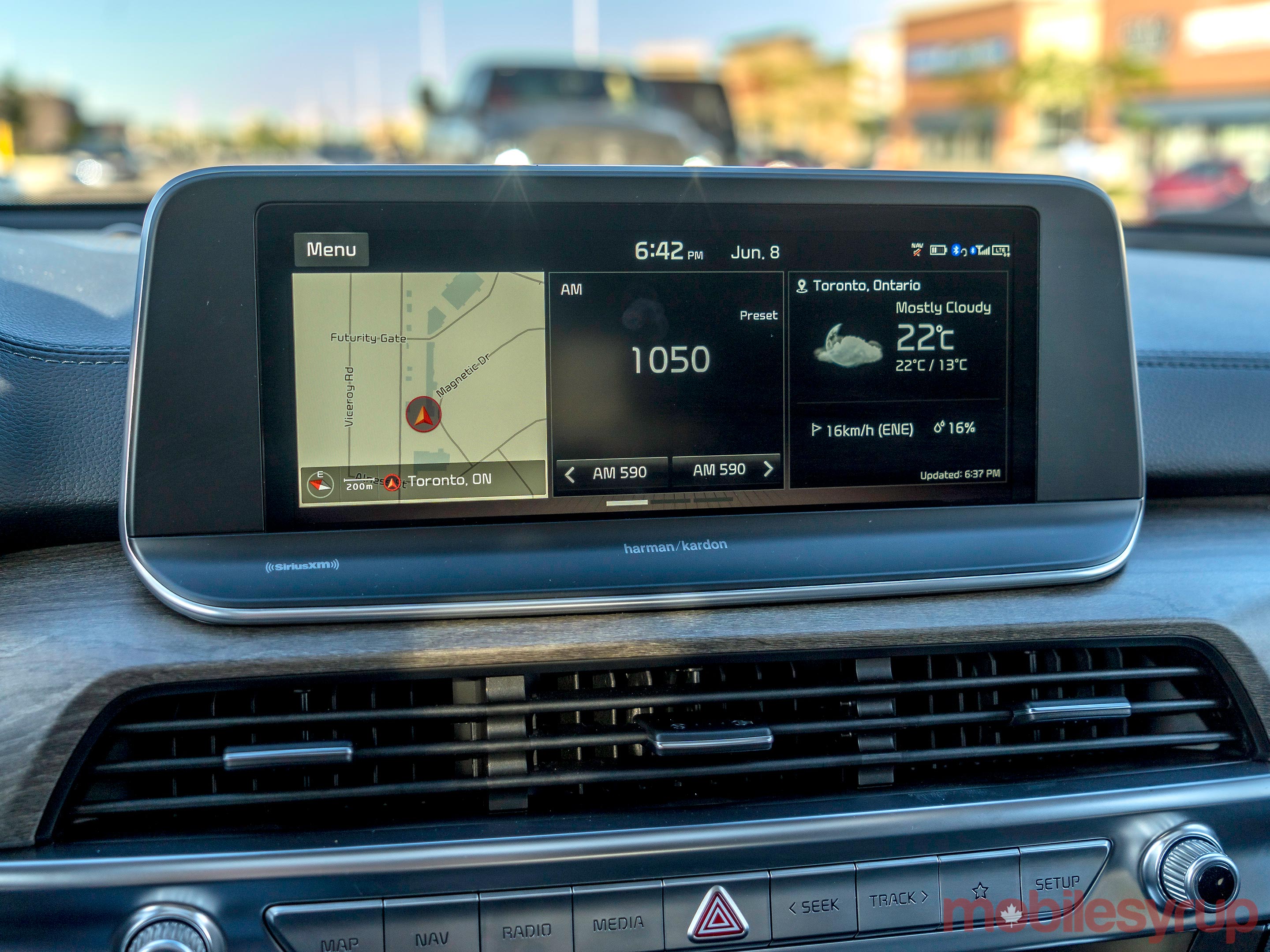 Kia has been getting progressively bigger with the screens it uses, and the 10.25-inch panel in the Telluride is a prime example. It is pretty vibrant and offers full touch-based control.

It also sports a different interface than before through the use of widgets. These widgets split the screen into three sections, making the home screen look more like a multitasking setup. By default, it shows navigation, audio and weather, though a few other options are available.

One of these is called Driver Talk, whereby in-car microphones pick up the driver’s voice and play it through speakers in the rear. That way, drivers don’t need to raise their voices to be heard, especially if children are sleeping in the car. Another is a Voice Memo feature that lets drivers or passengers save reminders they can hear at a later time on demand.

If you want car diagnostics or vehicle-specific information, there’s a widget shortcut for that, too. CarPlay and Android Auto fall under the media widget, so if either one is active, they will appear in that box anytime you go to the home screen.

The widgets complement an app drawer that you can get to by swiping left, but it’s only necessary to go to if you want to get to a feature or setting that’s not in the widget menu. I recognize some of this may sound confusing, but in practice, it actually flows quite well. My one gripe is that the physical button layout below the display is missing a dedicated home button. I always had to touch the screen to get to it.

Using Kia’s voice control is another way to get around within the interface. It knows the different sections and can bring them up on command. The only thing is the delay in doing so. The easiest method was to push the voice button on the steering wheel and say it from there. 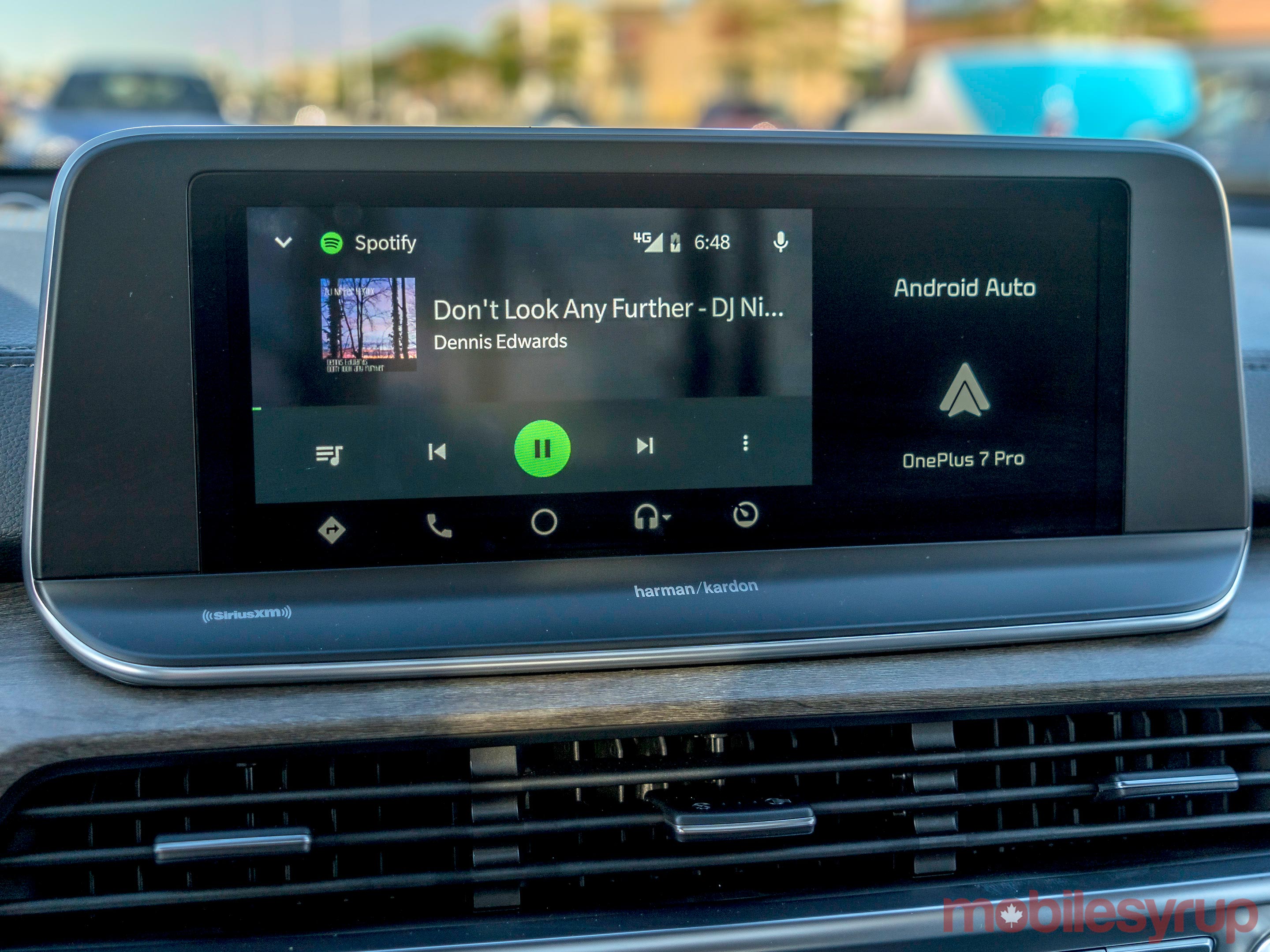 There is a difference in how these two platforms appear on the large display. Apple had optimized CarPlay to make use of extra screen real estate, which is why 10 apps can appear on the grid at one time. Apps running on the platform also stretch out and cover the display, and it looks nice.

That’s not the case with Android Auto — at least not yet. Though still largely optimized for smaller screens, Google already announced a refreshed iteration of the platform at Google I/O that will include optimizing for larger displays. When that happens (supposedly this summer sometime), it should appear that way on the UVO system as well.

Both Siri and Google Assistant are the de facto voice platforms when CarPlay or Android Auto run, respectively. That’s unchanged since the Rio I previously tested. Google Assistant is still the better of the two in a variety of ways. Being able to tell it what song, artist, album or playlist to play on Spotify was super convenient. I couldn’t do that with Siri. The furthest I could get was a specific artist.

The in-car navigation takes a backseat to both platforms as well, but that’s okay. I find Google Maps and Waze are often better for city driving anyway. When venturing out of town, utilizing the satellite connection to save on data was where Kia’s maps came in handy.

The Telluride is on the higher end for Kia, and the UVO system it runs is not necessarily different from what the automaker offers on less expensive models. What I’m describing here won’t be radically different in other Kia vehicles from 2019 or 2020 lines.

There are still a few things missing, like an in-car hotspot and, now, an Aux-In port, but the sum of these parts is certainly better than what was available less than two years ago.

"The Telluride is on the higher end for Kia, and the UVO system it runs is not necessarily different from what the automaker offers on less expensive models."