It looks like the recently listened to section is gone 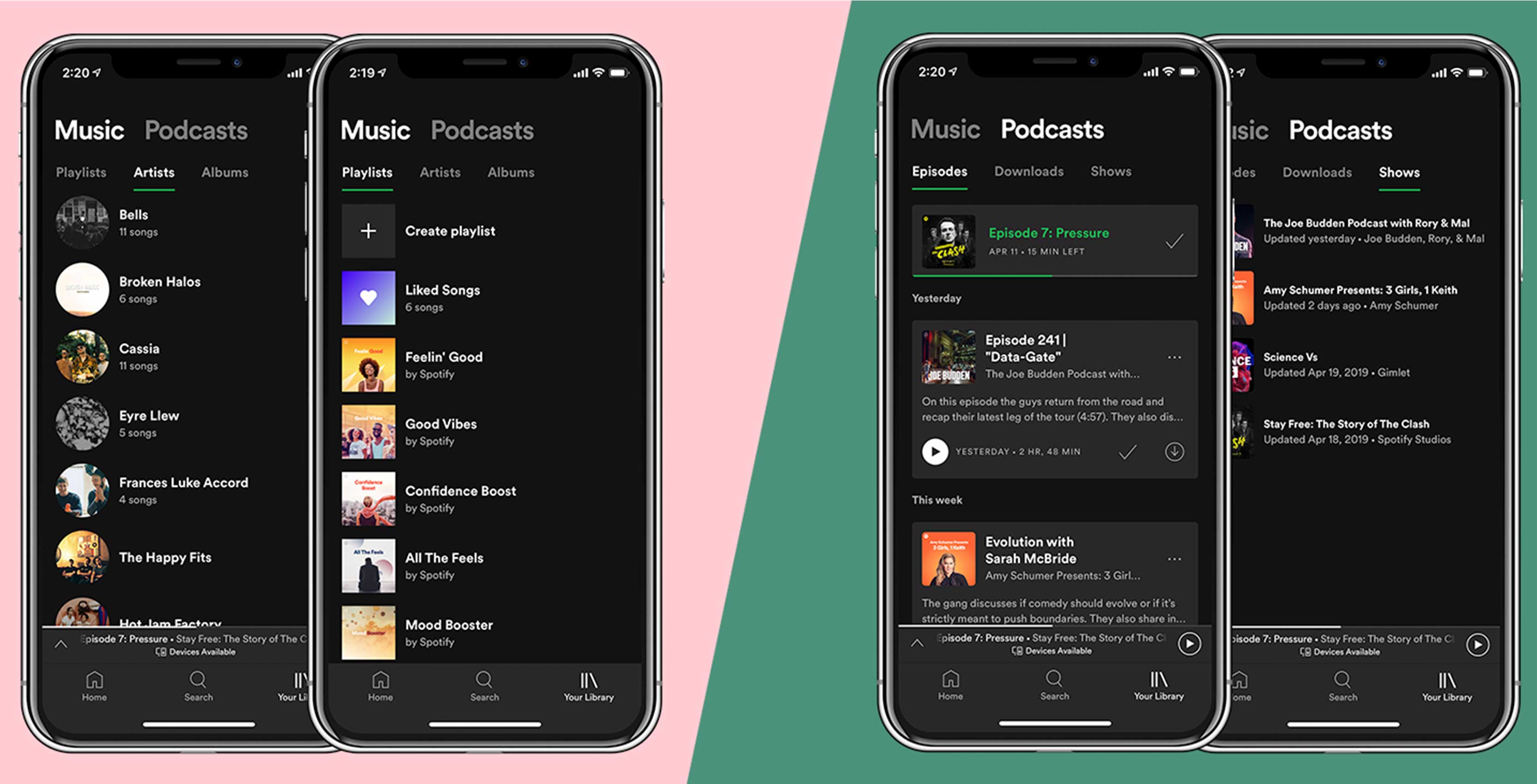 Premium Spotify users will start noticing a new Library layout that has a reinvigorated focus on podcasts.

The first thing that users are going to notice is that the Libary page has been cut into two sections with three subsections each.

Under Music, there are three categories — ‘Playlists,’ ‘Artists’ and ‘Albums.’

If you’re wondering where your ‘Liked’ songs are stored, they’re now inside of a playlist called Liked Songs. So instead of having a ‘Songs’ section like there previously was you now have a ‘Liked Songs’ playlist.

While it looks like Spotify got rid of filtering and sorting it hasn’t. The company’s press release says that users can pull down when they’re in one of these new pages to get access to the sorting features.

In the update, you add musicians in the Artists section when you Follow them, states the company’s press release. This makes it unclear if artists that you’ve saved albums or songs from will be in this list.

When you save an album, by tapping on the heart icon, it gets saved to the Album category. If you’d like to save all the songs from the album to your Liked Songs playlists then there is an option inside the three-dot menu to ‘Like all songs.’

The Episodes tab is where you can see recently released podcast episodes and any episodes that you havent finished listening to yet.

The Downloads tab is pretty self-explanatory. It’s where all of your downloaded podcasts are stored.

Finally, the new Shows section allows users to manage their podcasts. This means you can browse through past episodes, instead of just seeing recent episodes like the other tabs.” The higher up a podcast appears on your list in this section, the more recently a new episode became available,” reads Spotify’s press release.

The new update is rolling out now to Premium subscribers, but no one in the MobileSyrup has the update yet so we can’t test these new features.  If there’s anything substantial that we notice once we get the update we’ll update the post.