While we’re still a few months out from the Stadia launch, several people have questions about Google’s upcoming game streaming platform. First and foremost among them is just how good your internet needs to be to use the service.

Thankfully, Google offers a network test on its Stadia website, so you see how your internet would hold up if you chose to stream games.

To use the test, you’ll need to either head over to the Stadia website and scroll down to the testing section, or click here to open the tester. On the test page, click or tap the ‘Check now’ button to run the test.

It’s worth noting that you should run the test a few times to get an average idea of your network. Over four tests at the office, I got a range between 29Mbps to 40Mbps. Further, Google’s test is rather conservative. Using other tests, like Netflix’s Fast.com, scored out office internet in the 50Mbps range. 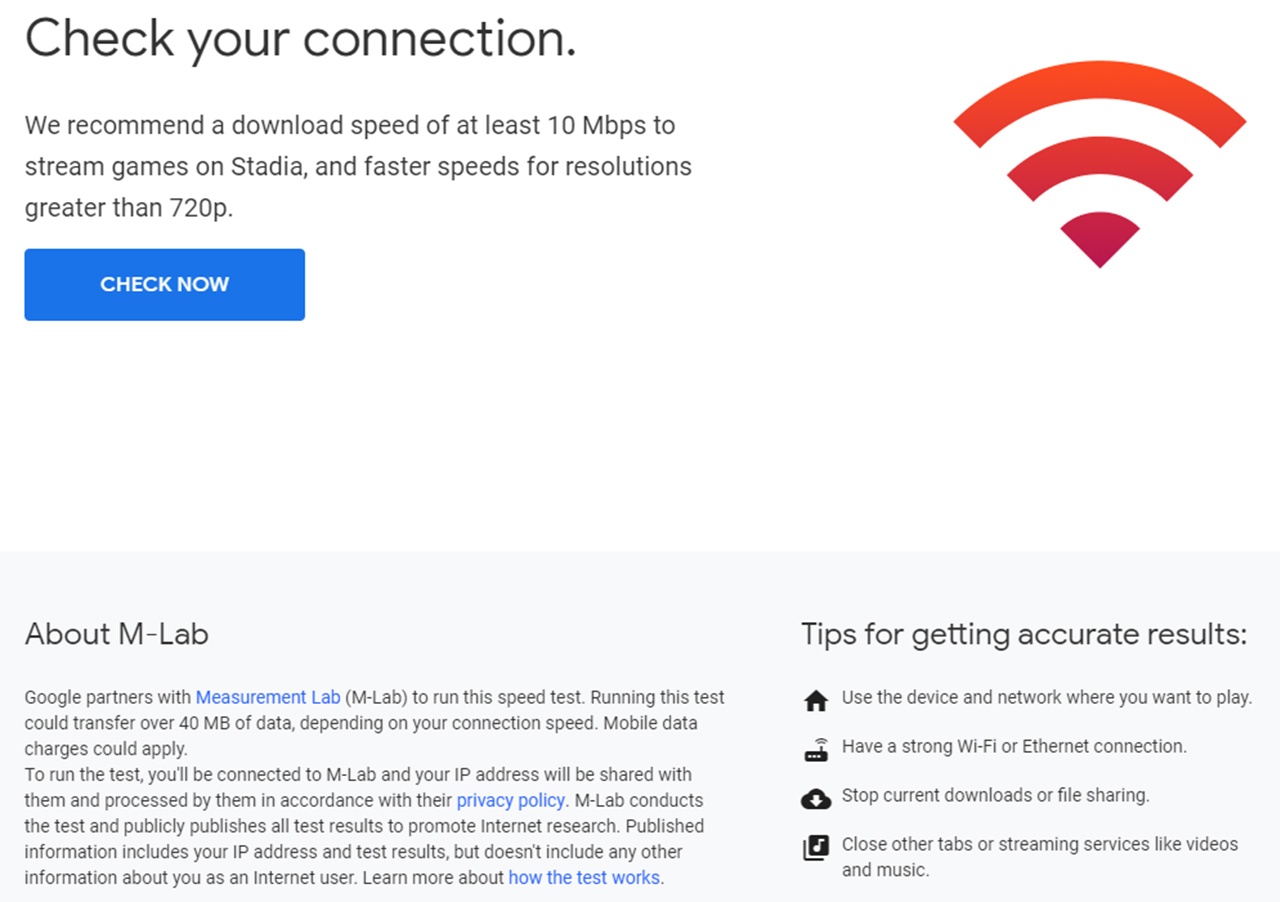 On top of this, it’s important that you pay attention to the tips for accurate results on the test site. It recommends that you use the device and the network where you plan to play, as well as have a reliable Wi-Fi or ethernet connection. Plus, you should stop any current downloads or streaming, such as music or videos, as those can affect your results.

After you complete the test, the site will tell you what you can expect when playing Stadia on your network. Alternatively, you can compare to Google’s chart, which shows the required speeds at different qualities. For example, playing at 60fps in 720p with stereo sound would need about 10Mbps, while 4K HDR at 60fps with 5.1 surround sound requires 35Mbps.

What the test doesn’t show

There are a few other aspects the test doesn’t show you but can be just as important when factoring your internet needs for Stadia. First up is other users on your network. This isn’t only other people, but other devices.

Phones, smart displays and speakers, TVs and all kinds of other devices can all use the internet at the same time, so you should make sure you have enough bandwidth for everyone, including yourself while playing Stadia.

Further, the test doesn’t tell you much when it comes to data caps. At 35Mbps, an hour of 4K game streaming would eat up about 15.75GB of data. It’d take about 63 and a half hours to burn through a terabyte of data. 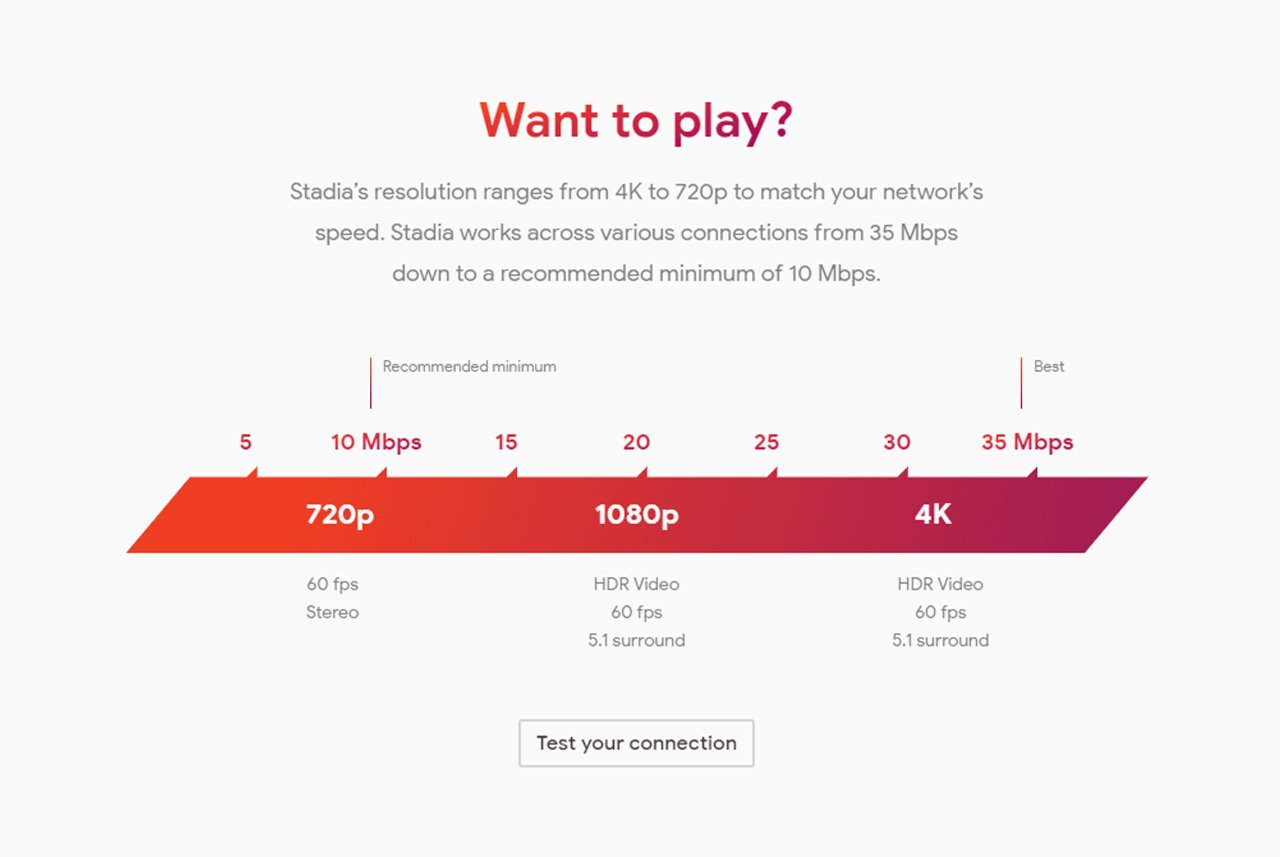 If you don’t have an unlimited cap, or if your ISP throttles your connection at a certain point, you may want to look at upgrading your connection, especially if you plan on gaming a lot.

Not to mention that those amounts get significantly larger if other people are using your network as well.

Thankfully, some companies are looking into ways to cut down on the data usage, like Bethesda with Project Orion, but that solution likely won’t arrive in time to benefit early Stadia adopters.

For now, this is the best picture we have of some of Stadia’s network requirements. It answers some of the biggest questions, surrounding the service, but I think there’s more I need to know before I can get on the Stadia bandwagon.