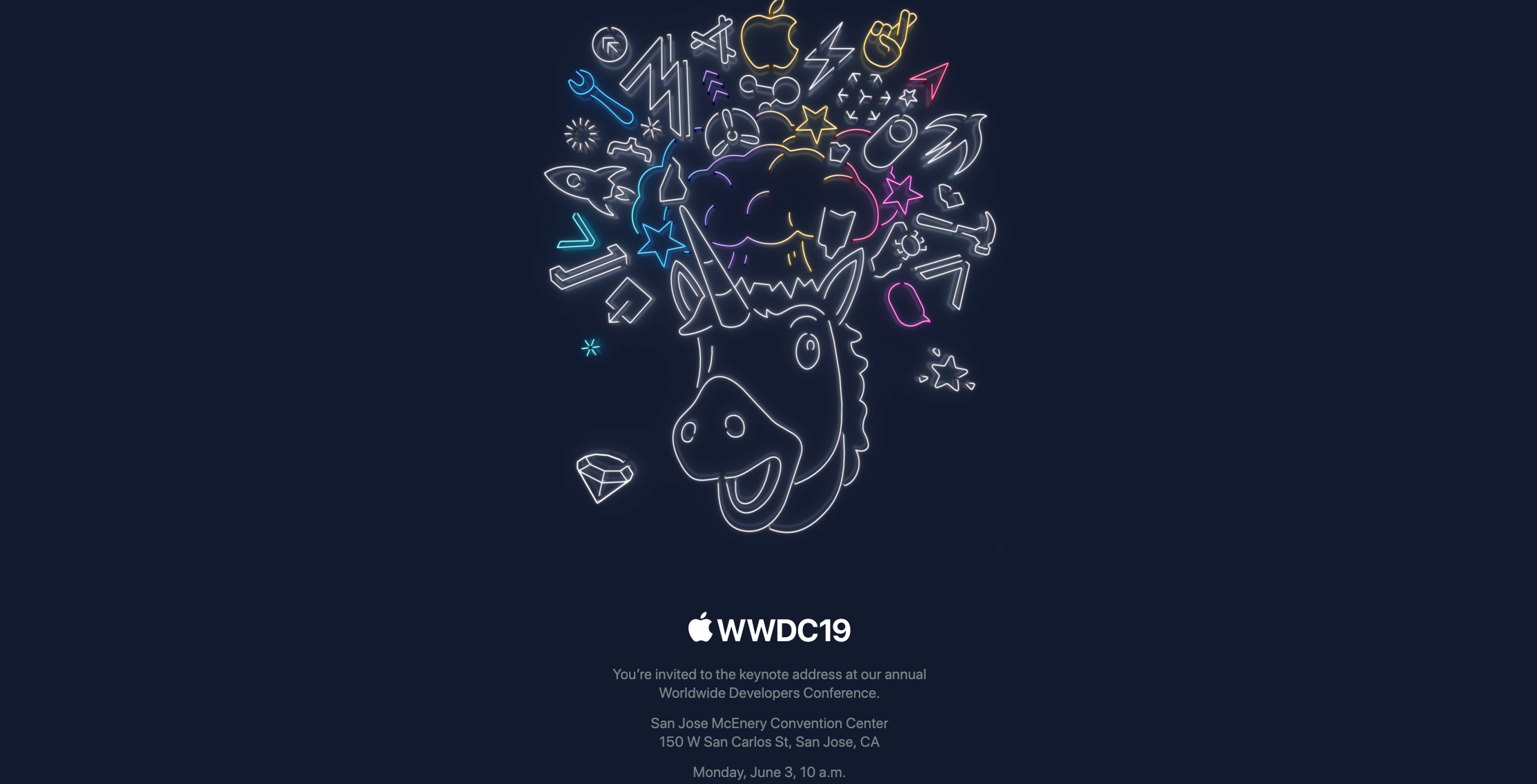 The keynote will take place in San Jose, California at the McEnery Convention Centre, just like it has for the last few years. That said, unlike in 2017, this year’s WWDC likely won’t feature a lot of new hardware. This year’s invite features what looks like a Memoji unicorn with various objects ‘exploding’ out of its head, including a rocketship, Apple logo, wrench and of course, a chat bubble.

It’s expected we’ll get a first look at all of Apple’s upcoming operating system updates, including iOS 13, macOS 15, tvOS 13 and watchOS 6.

On the hardware side of things, we could catch a glimpse of Apple’s Mac Pro and its often-rumoured Apple-branded external display. Further, the Cupertino, California-based tech giant typically releases new developer betas for all of its operating systems following its WWDC keynote, so expect iOS 13 to drop shortly after the presentation finishes.

MobileSyrup will be on the ground at this year’s WWDC, bringing you all the news directly from the show floor.

What iOS 13 feature are you most excited about?