The video is available on Waymo’s Youtube channel and was shot using a 360-degree camera.

The video itself shows off a driverless minivan as it travels city streets in Phoenix, Arizona.

Filming in 360 degrees helps show off all the data that an autonomous vehicle is aware of while it’s in use, as well as how that data makes the car drive safely.

Waymo’s video explains how self-driving cars uses light detection and ranging (LIDAR) in the form of millions of tiny lasers to create a picture of the world around the car.

The other technologies that make the car roadsafe are regular radar used to detect how far away objects are from the vehicle and high-definition cameras used to fill in visual information like traffic lights.

These three technologies combine to gather almost all the necessary data for Waymo’s self-driving car to operate on crowded city streets.

The missing piece of the puzzle is driving experience, but Waymo has been ramping up its own road tests for the company’s cars to gain real-world experience. 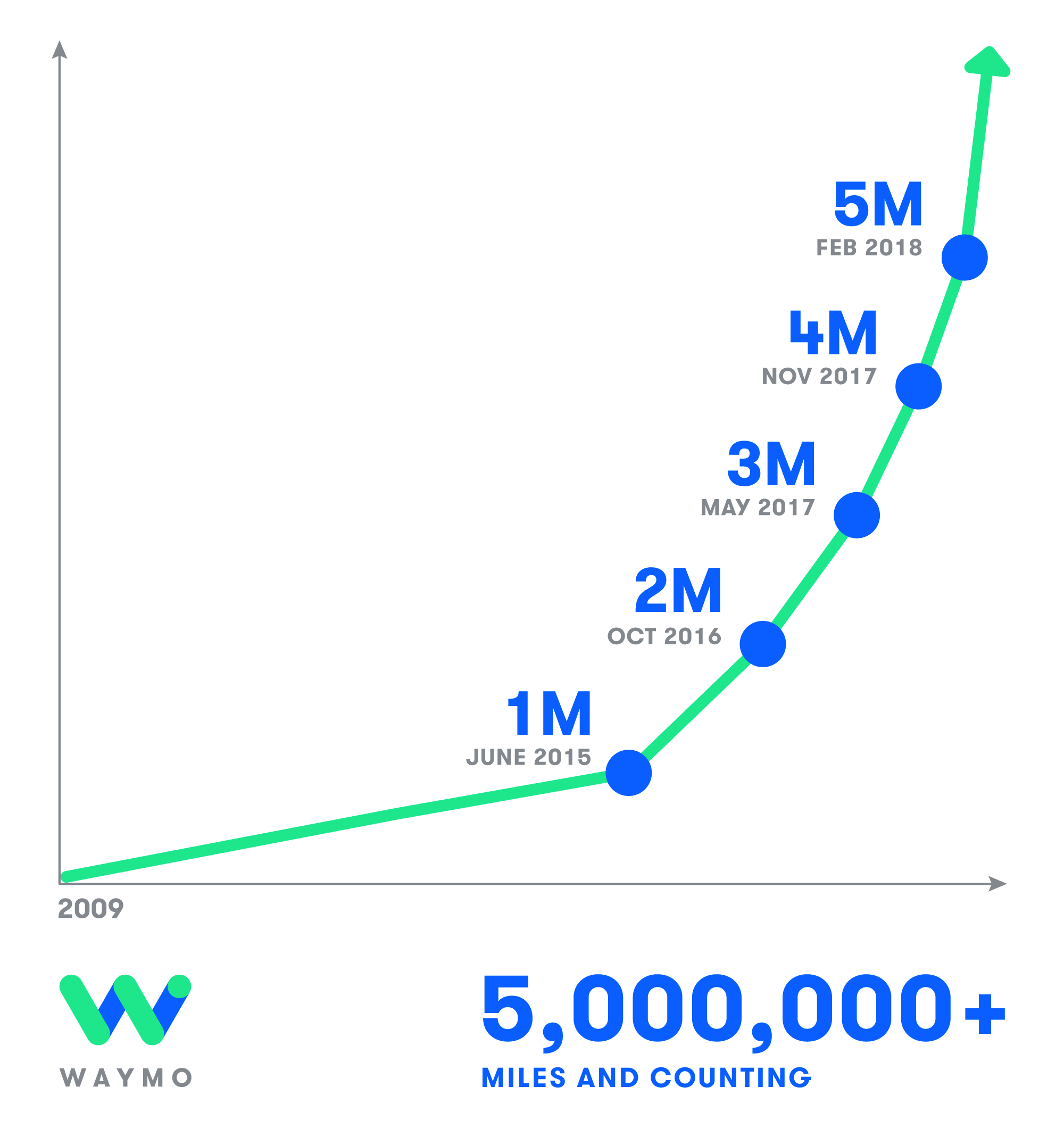 Amount of self-driven miles on public roads since 2009, via Waymo

In fact, as of February 2018, Waymo’s fleet of cars crossed the five-million-miles-driven on public streets milestone.

Waymo says that this experience is crucial to refining the company’s self-driving car technology, because a single car’s experience can be shared with the entire Waymo fleet.

Source: Waymo Via: The Verge

Ford, Uber, Waymo and others forming group to explore impact of self-driving cars