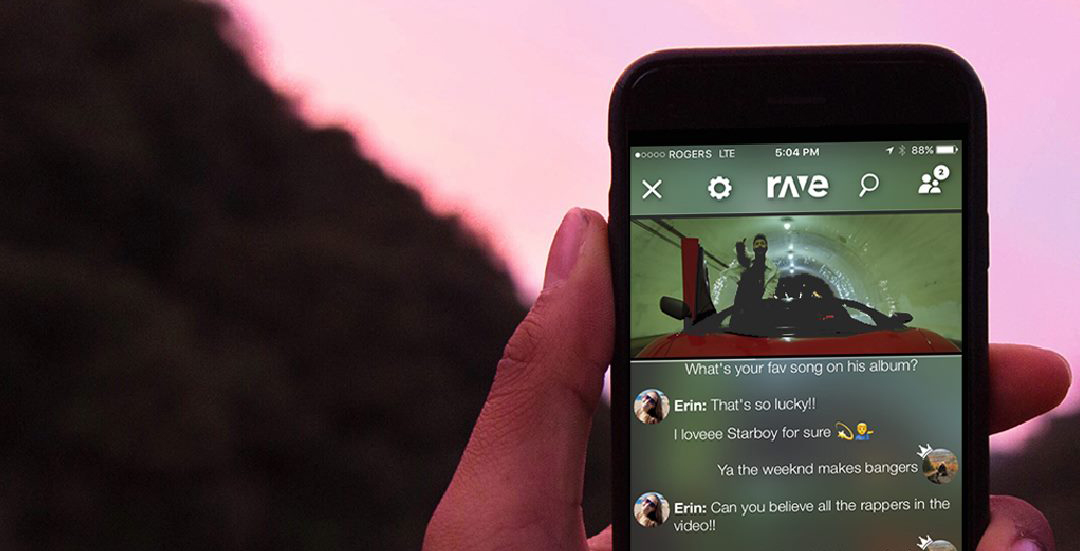 Sometimes, the people you’d like to watch Netflix with just aren’t around to join you. With the Waterloo, Ontario-developed Rave app, however, this dream can be made into a reality.

The free iOS and Android app connects smartphones and tablets from anywhere in the world, allowing friends to watch the same content together in sync and send text and voice chats while doing so. 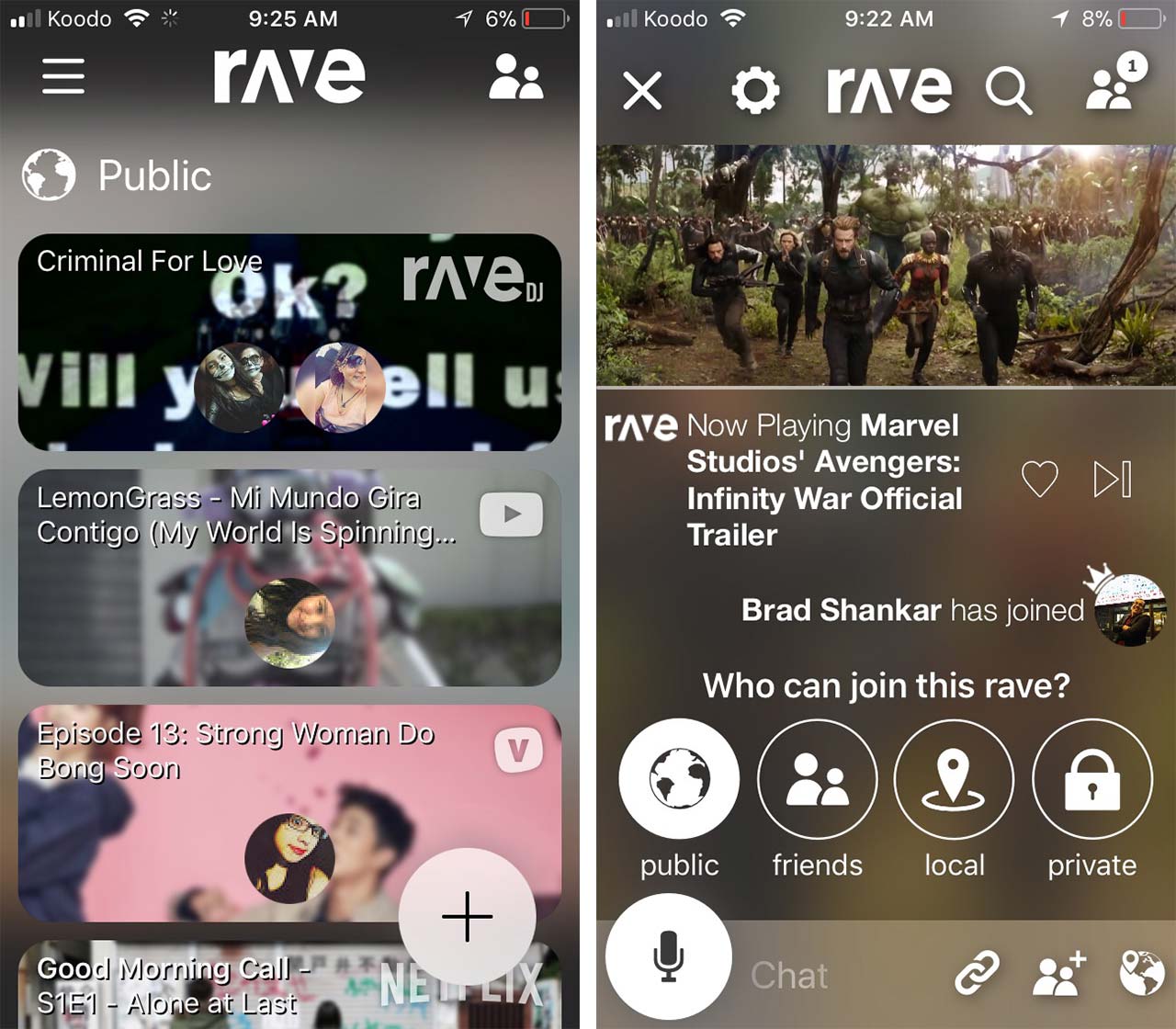 Earlier this week, the first Avengers: Infinity War trailer broke the internet by amassing a record-breaking 230 million views in 24 hours. With Rave, I was able to get in on the live chatter discussing Marvel’s 2018 superhero crossover epic.

Similarly, binging the recent Netflix Originals Stranger Things 2 or Marvel’s The Punisher can also be made more enjoyable as a shared experience through the Rave app. To add to the social experience, all Rave participants can even vote on which video they want to watch next. 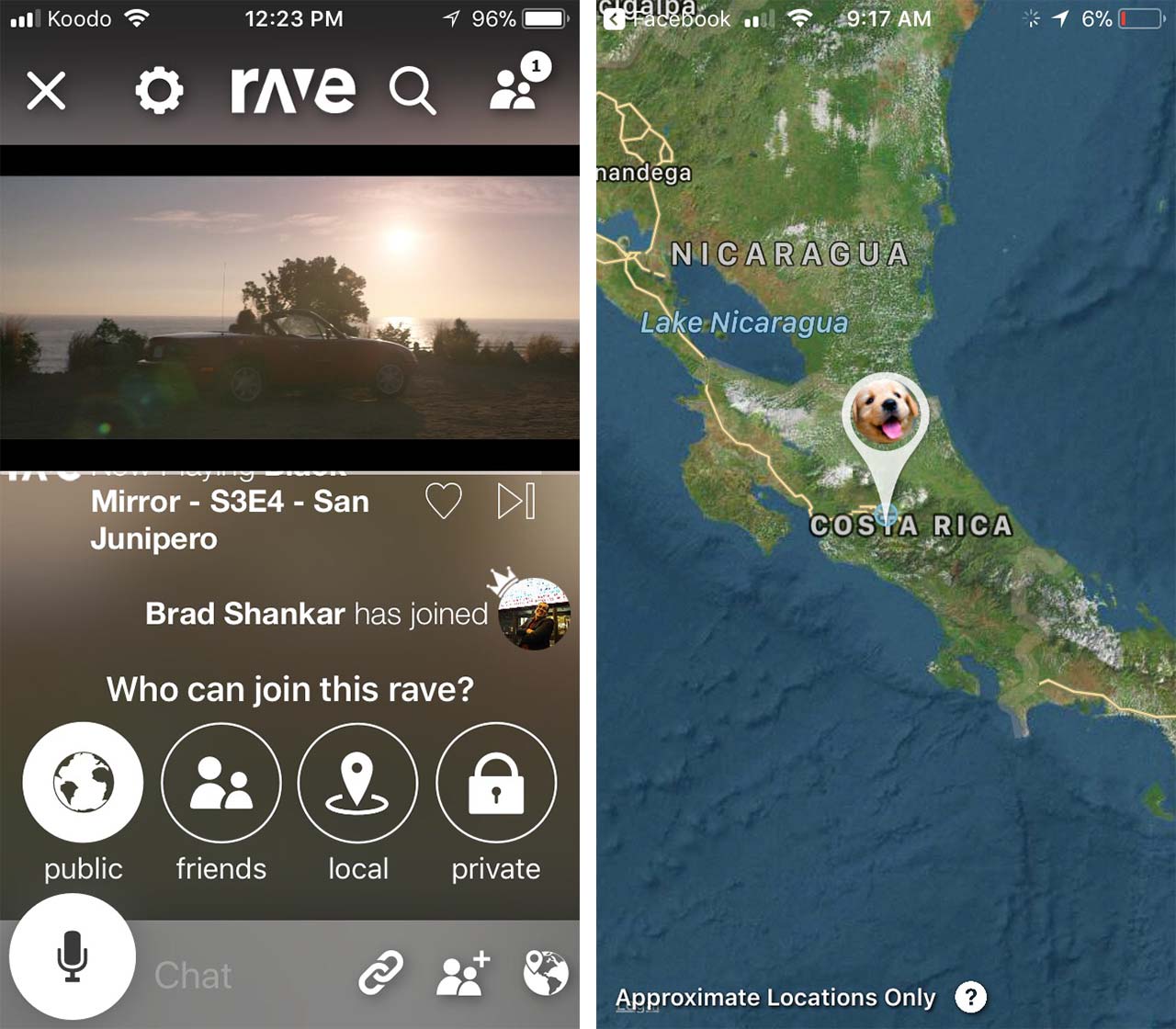 Alternatively, you can also host your own Raves and choose which if the video is public or limited to users who are local, on your friends list or invited. Interestingly, users will be able to see an approximate location of where in the world the Rave host is located.

Rave even features virtual reality support on Google Daydream and Samsung Galaxy Gear VR. Notably, RaveVR simulates a large 65” virtual screen while offering the all of the social features of the mobile app.

Rave can be downloaded for free on Android and iOS.

Watch Disney+ movies and series with friends through Rave app