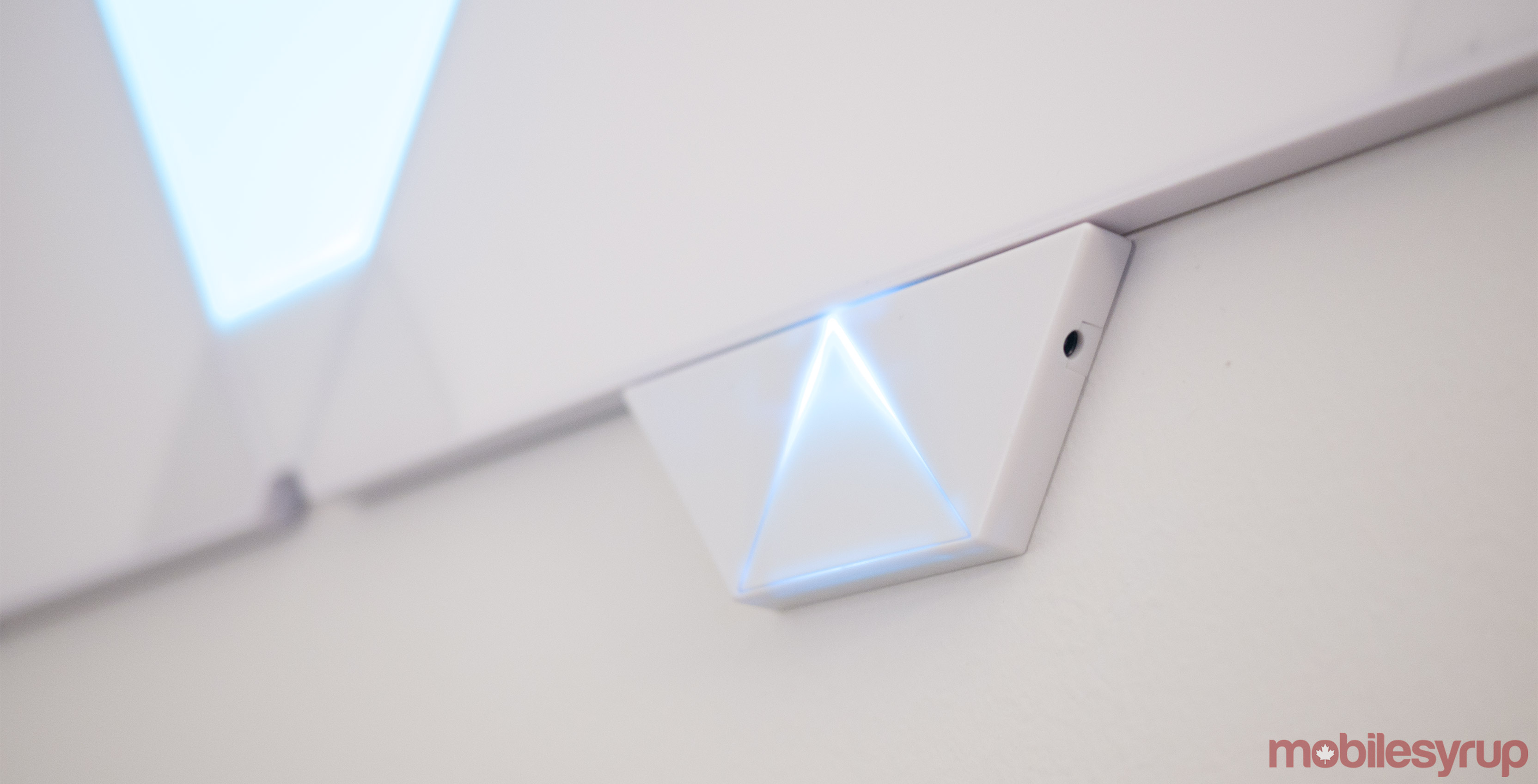 From the moment I set up the glowing, plastic Wi-Fi-connected triangles on my living wall at home, as well as on the MobileSyrup office wall, I instantly thought that they had the potential to become an incredibly trippy music visualizer.

While I didn’t think Nanoleaf would ever actually release some sort of microphone accessory for its lights, the thought has remained in the back of my mind. 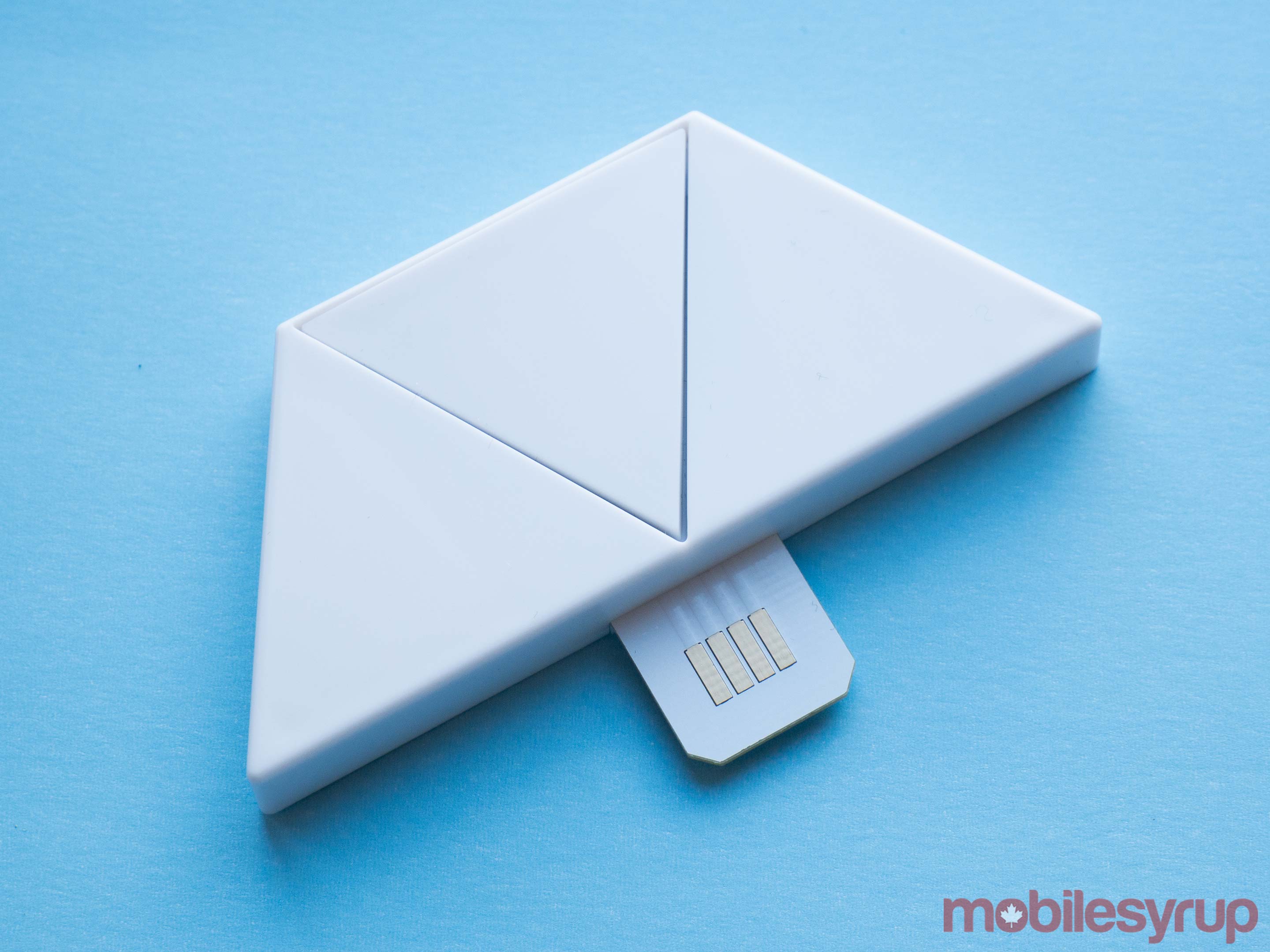 To my surprise, the company recently introduced a $39 (it’s on sale right now) accessory called the ‘Rhythm’ that does exactly that. Nanoleaf also sells a $349 Aurora Rhythm Smarter Kit. Nanoleaf’s standard Light Panel pack is priced at $219.

The triangular add-on module accessory plugs directly into an existing Nanoleaf Light Panel and utilizes the same, rectangular connector as the standard Light Panels. Setting up the Rhythm is also as simple as attaching it to the Light Panel setup. 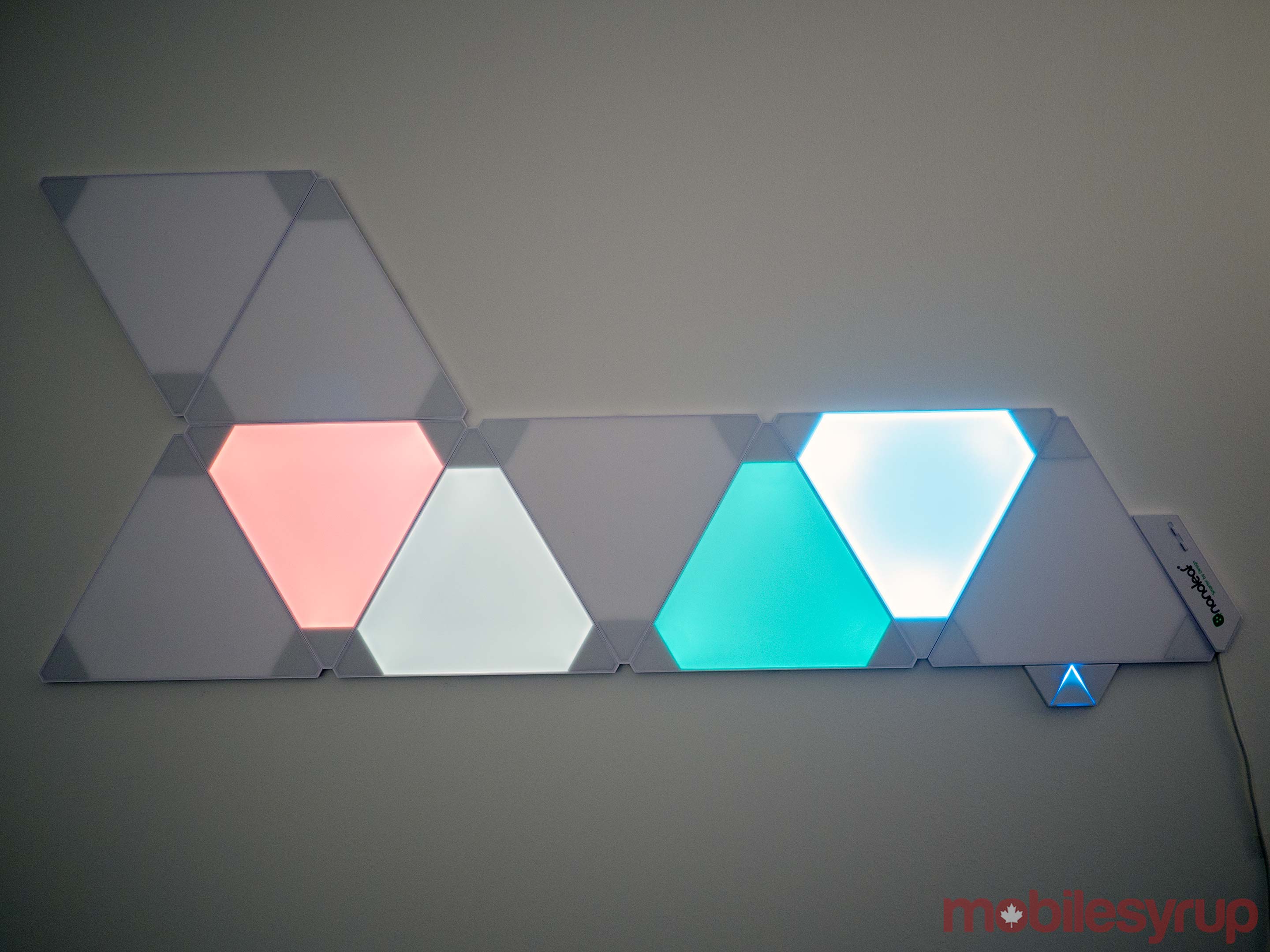 Once the Rhythm has been connected, you’re then able to select a specific ‘Rhythm Mode’ within either Nanoleaf’s iOS or Android app. It’s worth noting that while the Light Panels are supported by Apple’s HomeKit smart home platform, as well as Google’s Home and Amazon’s Alexa-powered Echo, the Rhythm’s functionality needs to be accessed directly through Nanoleaf’s app.

While active, the Rhythm module features a blue light indicating it’s working. The Light Panels then respond to ambient sound. I’ve tested various kinds of music with the accessory and while the Rhythm module does work with a variety of genres, anything that features heavy bass is ideal.

The microphone featured in the accessory is so sensitive that it picks up almost any noise, including a door closing, regular speech and even chatter on a television. I had the bright idea of attempting to use the Light Panels while playing Destiny 2 and while the setup worked, lights persistently flashing while shooting my virtual weapon was ultimately distracting.

It’s also worth noting that the Rhythm features a 3.5mm headphone jack, allowing users to plug a device directly into their setup. 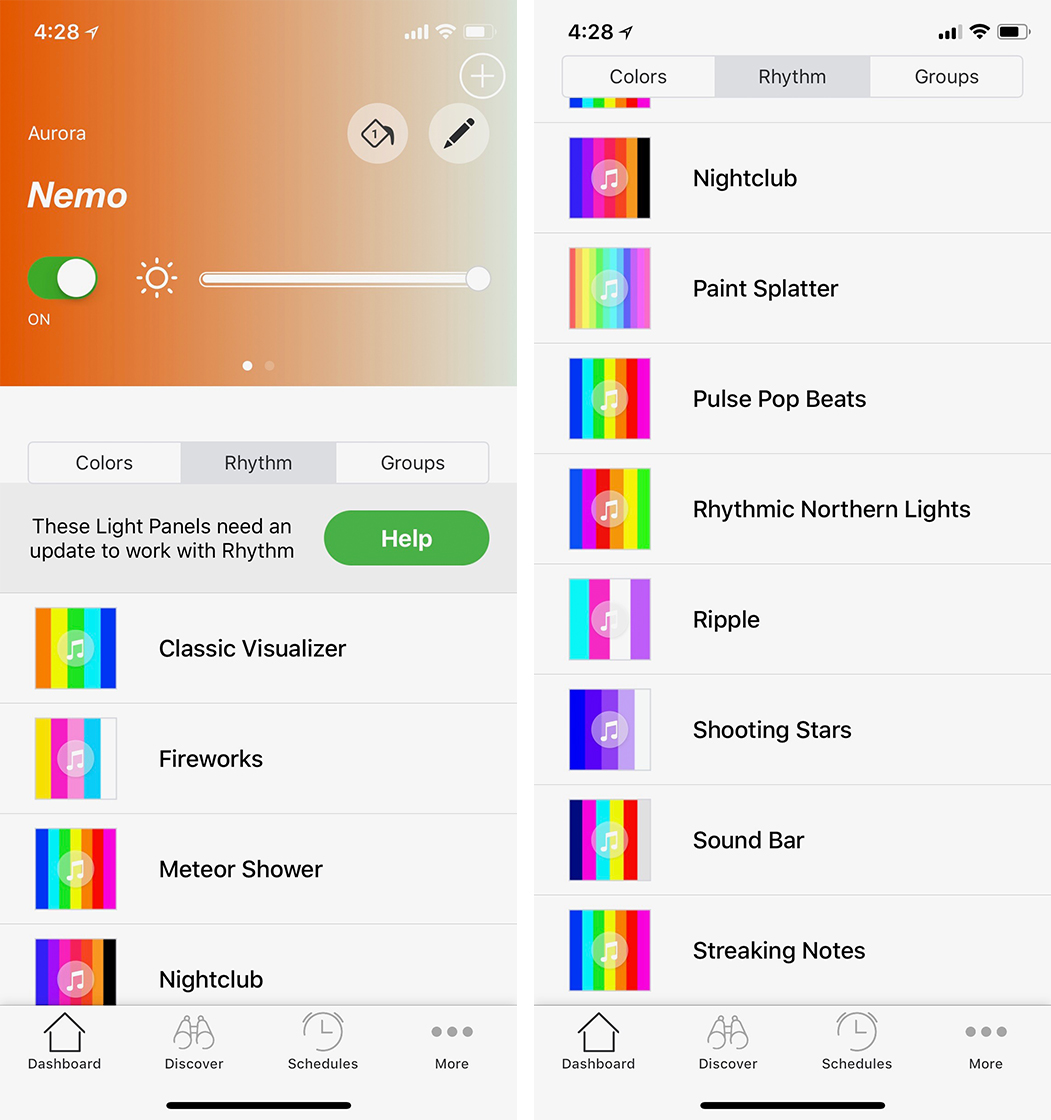 There are different scenes and patterns with names like ‘Shooting Stars,’ ‘Soda’ and my personal favourite, ‘Classic Visualizer.’ Some patterns change Nanoleaf’s Light Panels more gradually, while others dim and brighten tiles immediately as the music rapidly changes. You can also create your own patterns and download additional user-made visualizers as well.

Given the Rhythm’s relatively low price tag, if you’re already a Light Panel owner, picking up the music synthesizer accessory is a no-brainer.