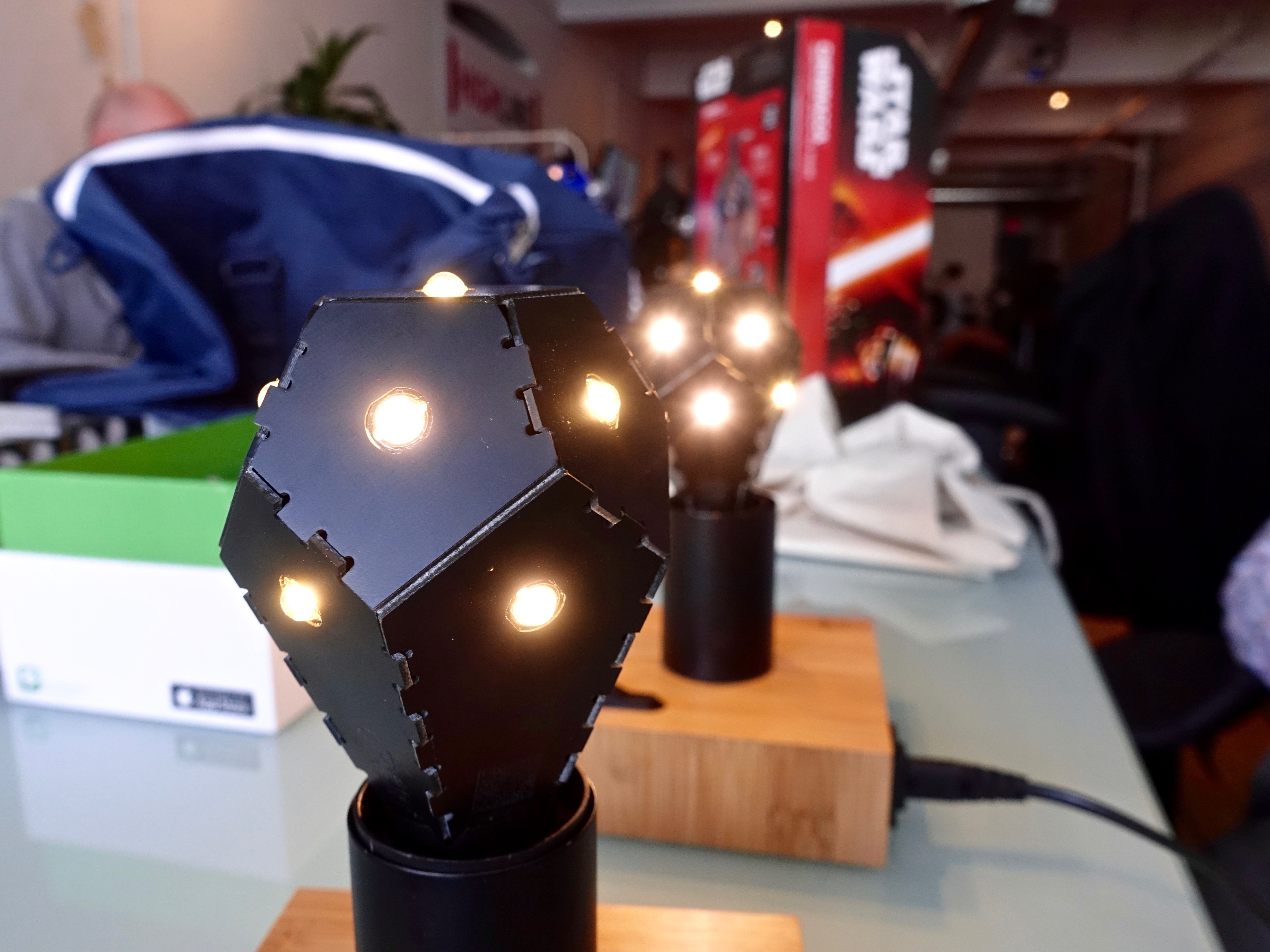 The problem with every smart lightbulb on the market is the existence of the light switch. Despite the increasing sophistication of the smartphone, nothing has surpassed the elegant simplicity of the light switch. However, with the help of Apple’s new HomeKit standard, Nanoleaf, a Toronto-based startup, may be close to finally creating a compelling case for people to outfit their homes with smart lightbulbs.

The company’s new Nanoleaf Smarter Kit includes its new lightbulb that produces the same amount of light as a bulb that consumes 60 watts — about 800 lumens worth of light — but the Nanoleaf only consumes 7.5 watts of electricity. It’s all thanks to each bulb’s unusual elongated dodecahedron design and use of multiple small light sources to create a uniform output without the help of secondary optics. This design, along with its unique black PCB exterior, not only helps differentiate the product from its competitors, but allows the bulb to consume less energy and produce less heat. In fact, the Nanoleaf’s design is so efficient the company is comfortable claiming their product is the most energy efficient smart lightbulb on the market.

The amount of heat the Smarter bulb produces also helps with its longevity. According to Nathan Dyck, emerging tech lead at the company, one of the new lightbulbs will provide 25,000 hours of continuous lighting before it needs to be replaced, which means each one has a lifespan of approximately 22 years when used around three hours each day. 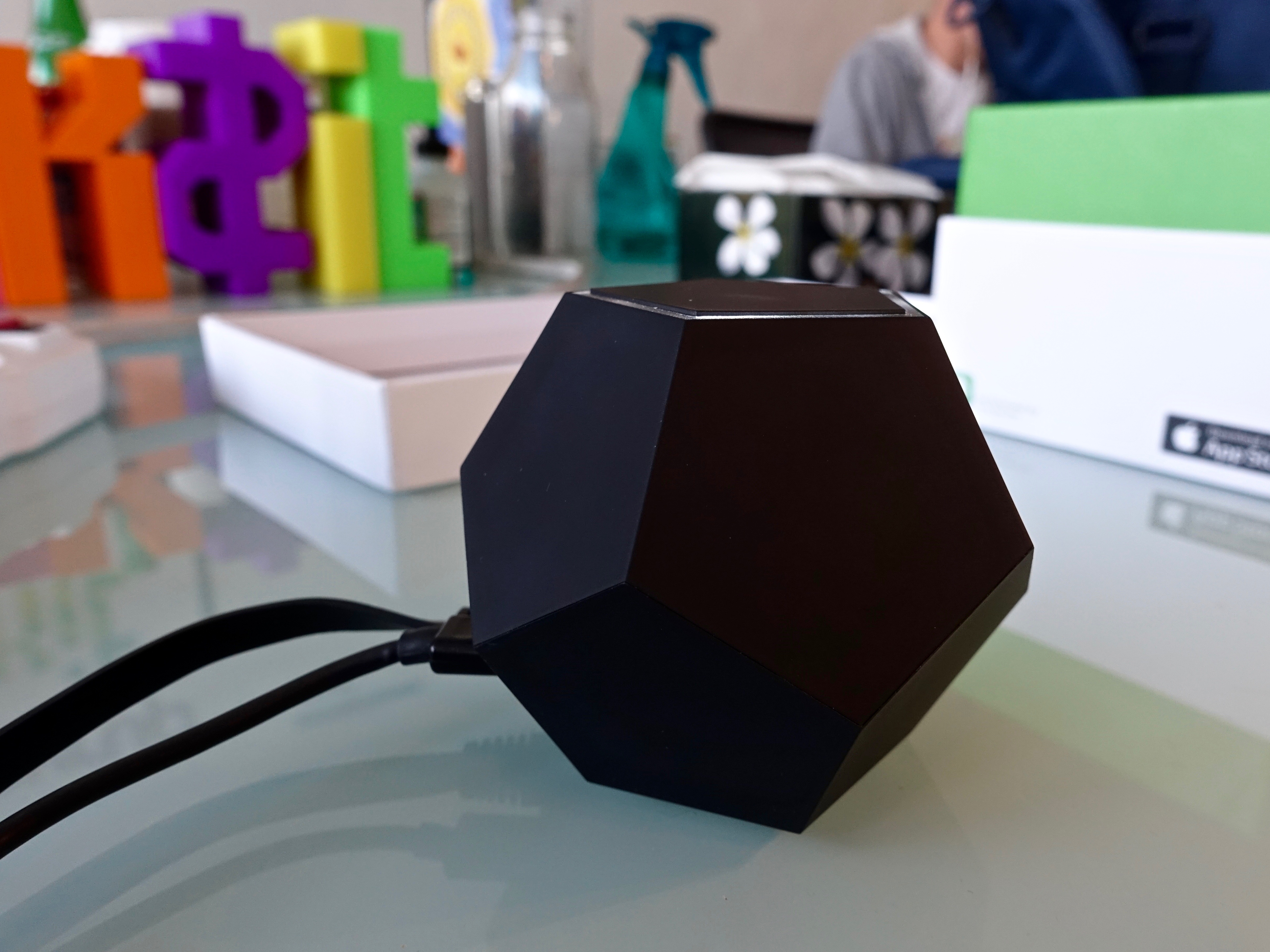 That said, with HomeKit integration in tow, the Smarter bulb’s marquee feature is its integration with Siri. Once the customer has used the accompanying app to setup each light — a process that involves giving each bulb a unique name — they’re able to control them by simply speaking to the personal assistant. For example, name one of the bulbs included in the starter kit “Thing One,” and you’re able to say, “Siri, turn off Thing One” or “Siri, set Thing One to 30 percent brightness.”

In addition, Nanoleaf has baked in support for pre-made and custom scenes. One of the more humorous ones, “Netflix and Chill,” dims any connected light bulbs for a more moody atmosphere; another one called “Goodnight” turns them off. It’s possible to access this functionality by simply saying to your iPhone, “Siri, goodnight.”

According to Dyck, it’s this type of that initially excited the company about creating a HomeKit-enabled version of one of its product. “Obviously the app is a stopgap in some way,” he says. “I think Siri is what we found compelling about moving to HomeKit, and in the future we would really like to see is lights that know when they should be on and off.” 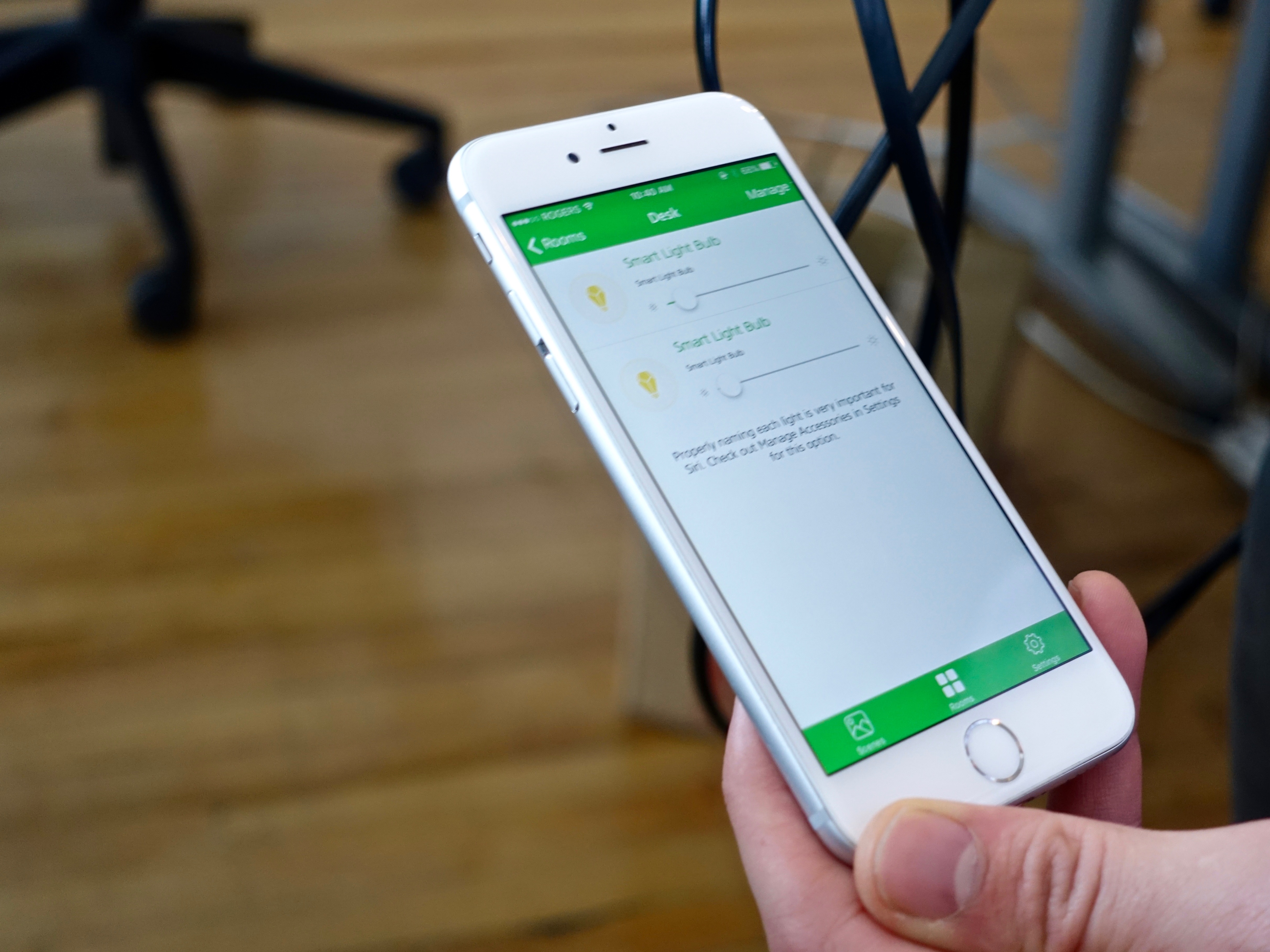 There are other advantages to Nanoleaf’s HomeKit implementation, however. One of the main ones is that the included hub and lightbulbs use the ZigBee standard to communicate between one another. This means other ZigBee compatible smart bulbs — like the recently released Phillips A19 Hue lightbulb — can be controlled with the Nanoleaf app; conversely, it’s also possible to use a ZigBee compatible router to control the Nanoleaf lightbulbs, as well.

The Nanoleaf Starter Kit is currently making its way through the crowdfunding circuit. At the time of the writing of this article, the company’s flexible Indiegogo campaign has raised $21,713 USD with nine days left before its conclusion.

Today, the Smarter Bulb Starter Kit is available through Best Buy Canada’s website for $119.99, which comes with two bulbs and one hub. American users can find it on Amazon USA towards the end of the month. Find out more about this product by visiting the company’s website.

Daniel Bader contributed to this article.