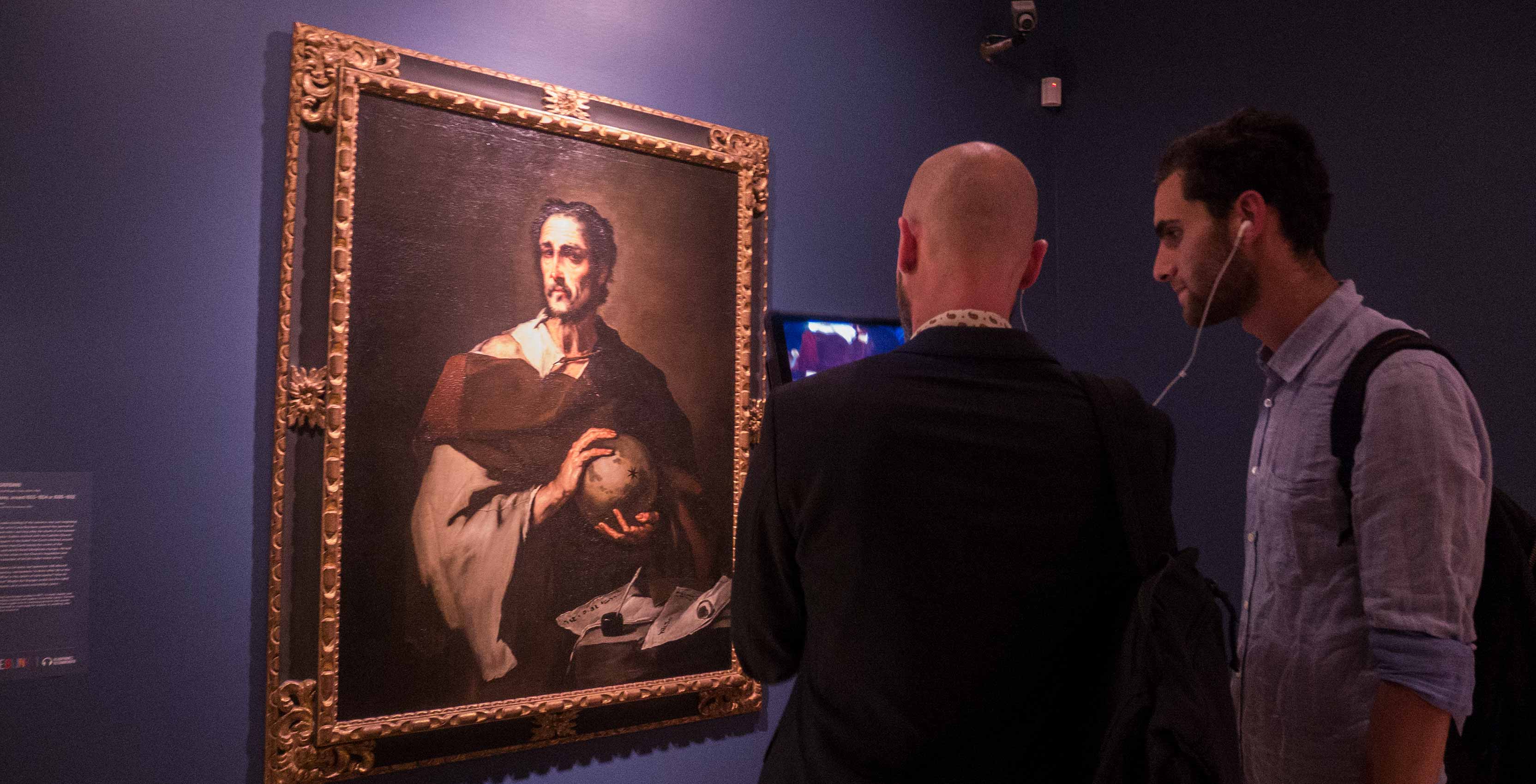 Traditional visual art can be a peaceful escape from the hectic, phone-buzzing fever pitch of our digital world, but it can also seem a little out of keeping with our modern lives.

It denies us the ability to physically interact with art and change it, a freedom we’ve gained through the advent of games and applications. For many, a visual art like painting is an outmoded form of the past.

For digital artist Alex Mayhew, it was an opportunity to experiment.

Mayhew and Ian Kelso, his co-founder at mixed reality studio Impossible Things, have just launched a five-month installation augmented reality installation called ‘ReBlink’ at the Art Gallery of Ontario that “remixes,” in Kelso’s words, historic pieces of art, updating them with the modern technologies and products that drive our daily lives.

Viewers just have to download the ReBlink app and point their mobile devices at select paintings — mainly housed in the Jackman Gallery — and they’ll see a modernized version of the painting in front of them.

Mayhew says his initial inspiration came from one of the paintings used in the AR installation — which spans across various galleries — called Drawing Lots by George Agnew Reid. The painting shows three young boys drawing lots — perhaps before playing a game — on a lazy summer day in late 19th century Toronto, when it was still mainly countryside.

Mayhew notes it was “so peaceful, free of technology, free of pollution, free of the kineticness of the city,” adding: “I really connected with it because I was going through a very stressful time in myself — a lot to do with being in a big city and digital media and constant phone calls and I connected with that painting because of that contrast.” 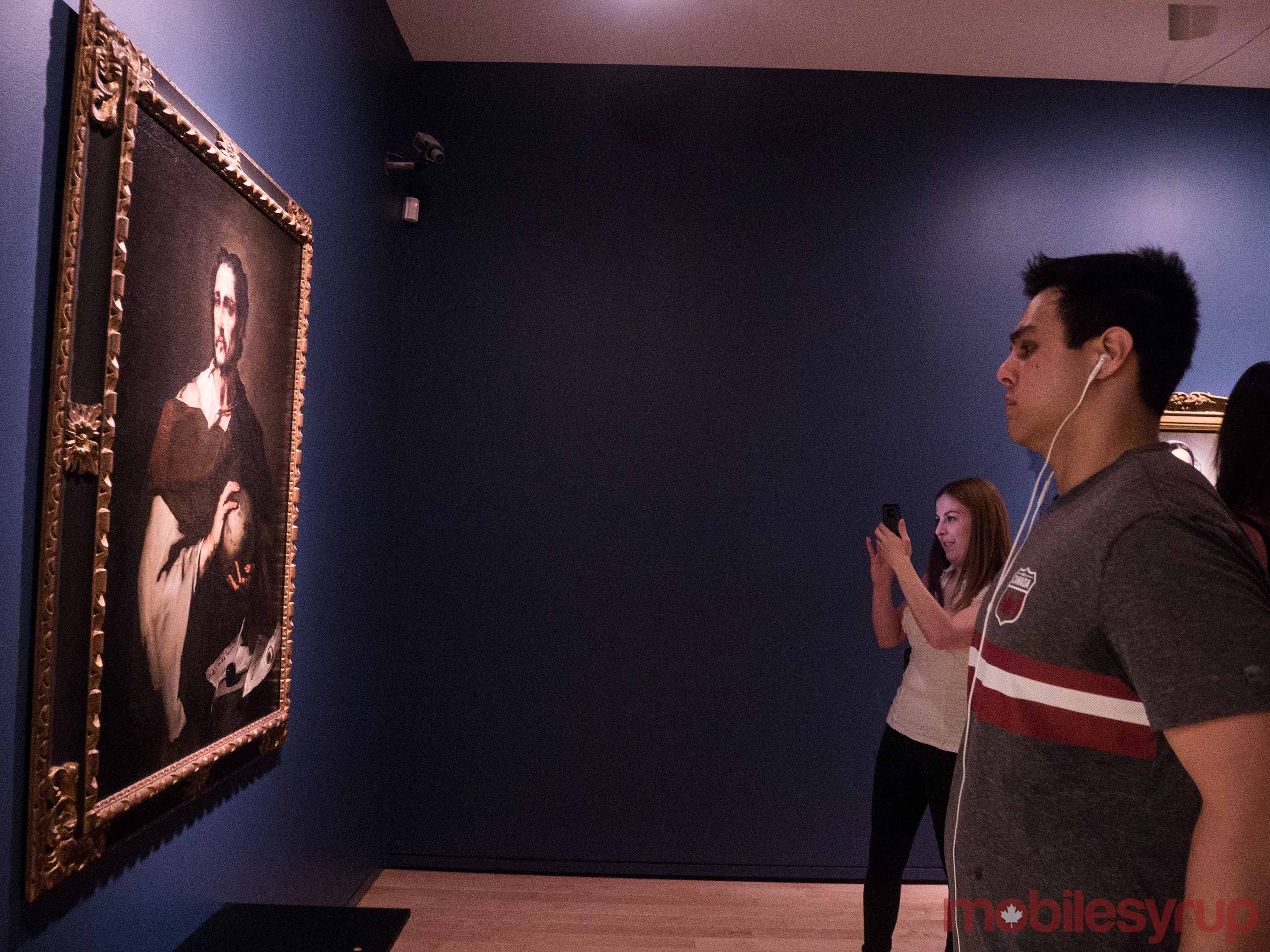 The contrast, he realized, made it a great concept for meaningful AR, because he could apply the juxtaposition of realities, offering a “poignant reflection or window into the past.” In so doing, he notes, “You can also help people understand the present.”

The result? In the remixed version of Drawing Lots, viewers can use their smartphones to see a version in which the boys are all engrossed in their smartphones, while hallmarks of modern-day Toronto, like jumbo jets and trucks, race around in the background against a background that includes the CN Tower. 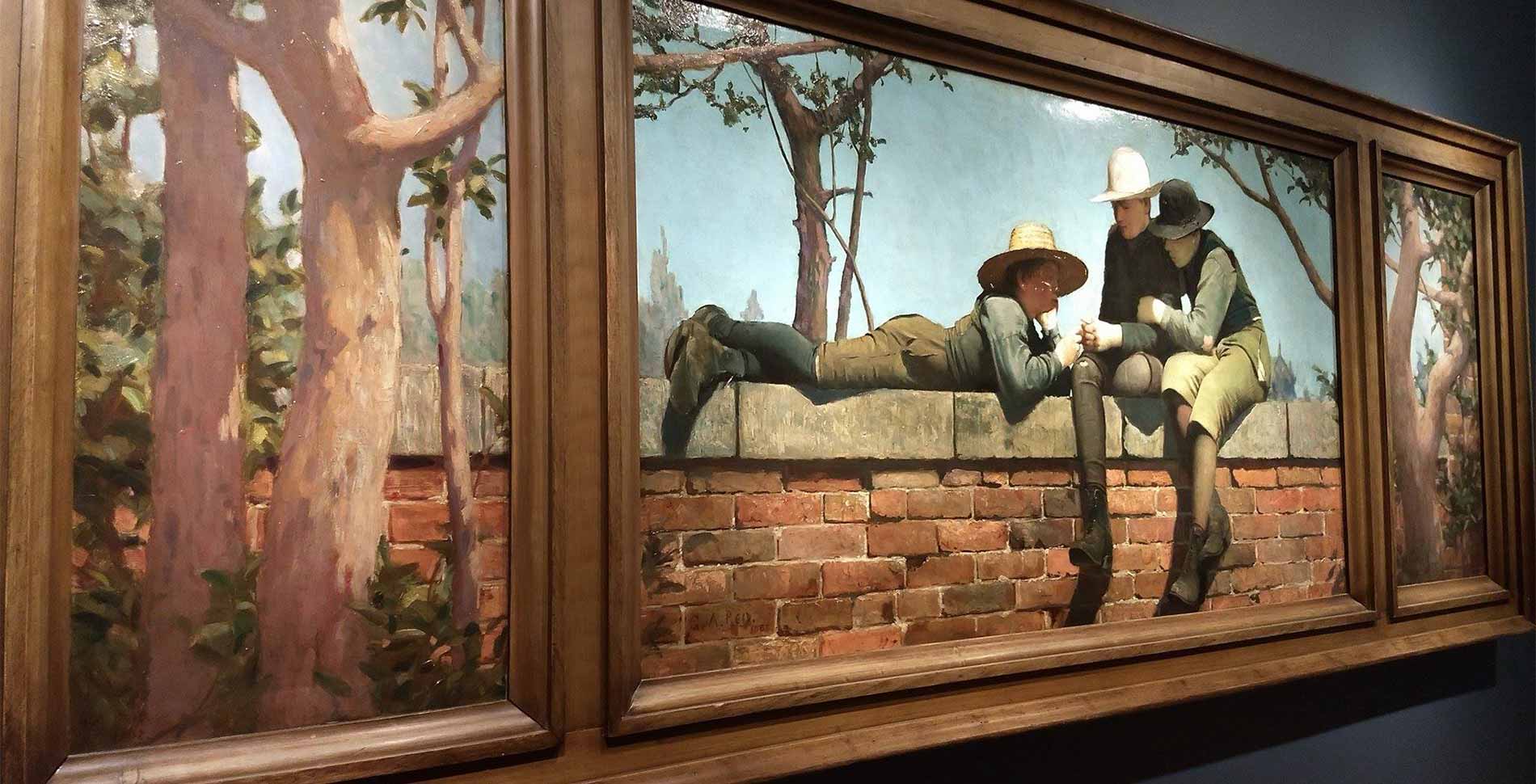 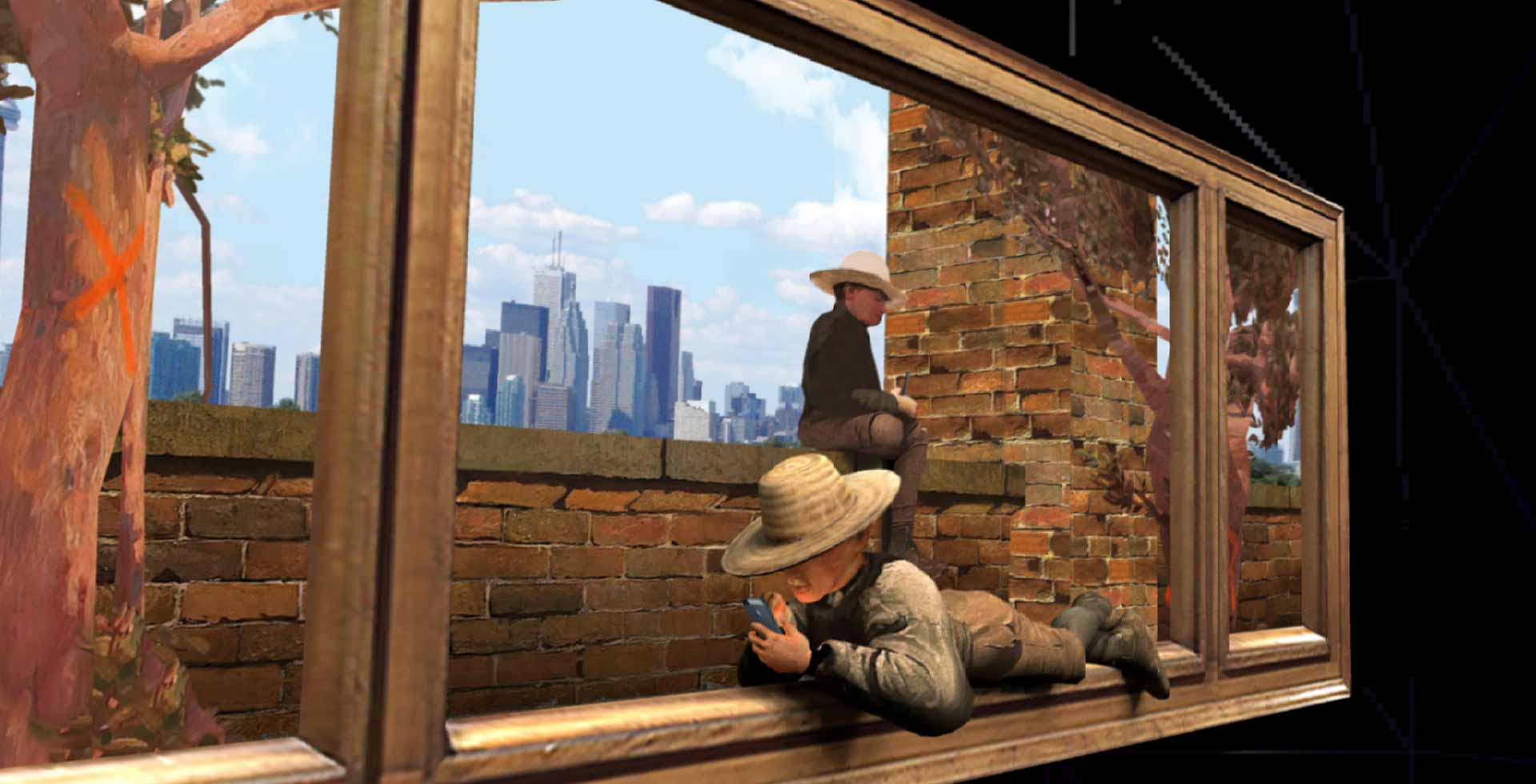 On its face, it’s a simple argument to find the time to disconnect, but it also raises the question of whether we can’t use digital media to escape the hectic rush as well. On top of all that, there’s the project’s somewhat ironic delivery through a mobile device.

Taken altogether, it’s an installation that’ll make you think, and well worth the price of general admission to the Toronto-based gallery.

In case you can’t make it to the exhibition before its closure on December 3rd, the team at Impossible Things have larger plans for the idea and platform on which it’s built — which means you may see the same tech used in ReBlink in galleries across Canada, and even the world.