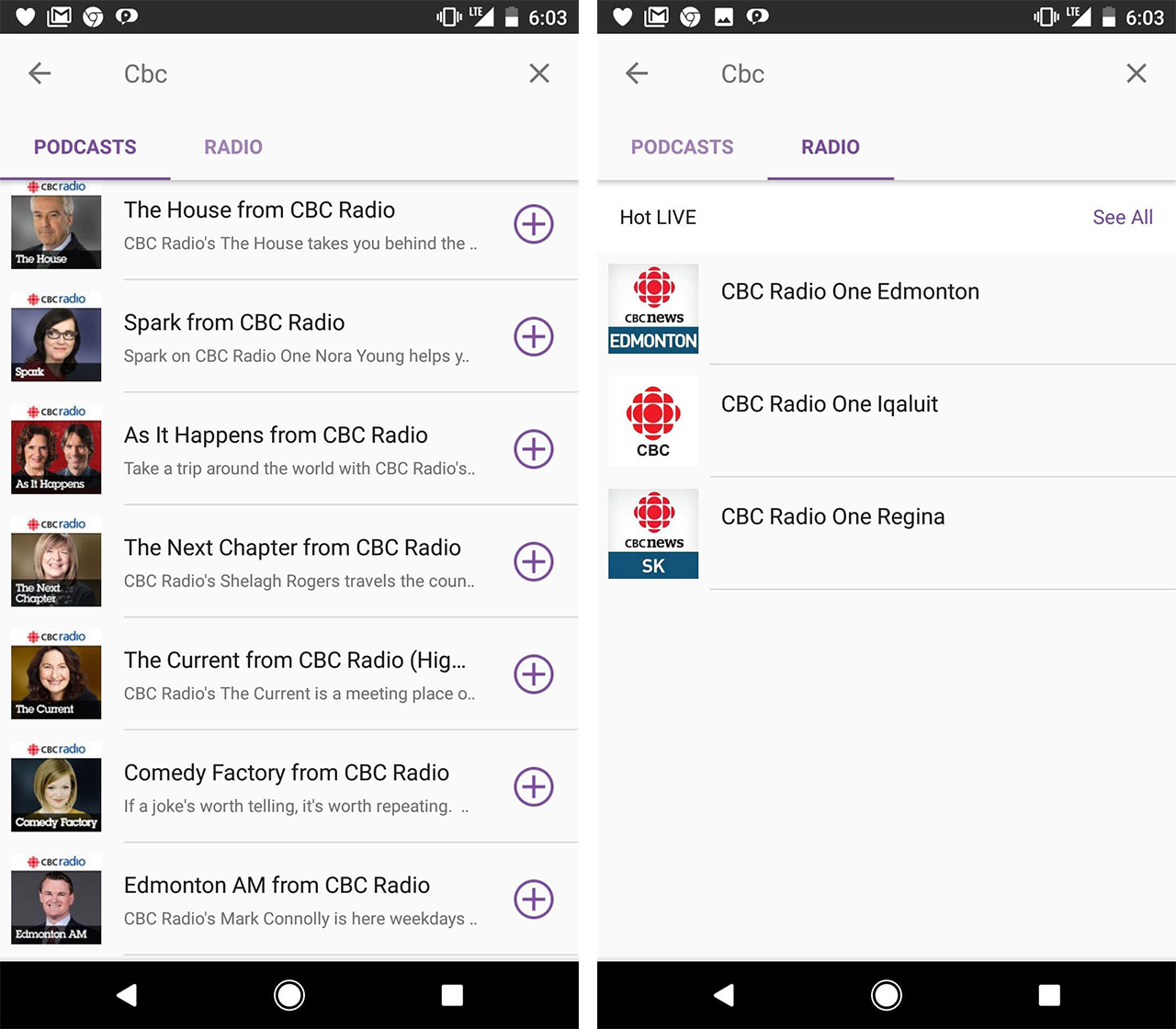 The CBC recently stirred up some press by sending a legal threat to the developers of Podcast Republic stating that using its publicly accessible podcast RSS feeds constitutes “commercial use” and violates copyright, adding that the developer could discuss a license fee model with the organization, if interested.

This move baffled many, including Michael Geist, Canada Research Chair in Internet and E-Commerce Law at the University of Ottawa, who told the Financial Post: “I don’t get the claim, an app that simply brings in a publicly available feed that you have made public is not something I’m convinced is a commercial use.”

CBC has now issued a statement in an attempt to set the record straight, however.

“Providing RSS feeds doesn’t mean that CBC/Radio-Canada gives a blanket permission for other apps or aggregators to distribute our podcasts, without condition,” stated the Mother Corp.

The organization then went on to name its two main sticking points: advertising revenue and its perceived loss of control over the content it creates.

“CBC/Radio-Canada relies on advertising revenue; we try to monetize our podcasts,” writes the CBC.

“Apps that sell premium accounts, or use in-stream or banner advertising for example, are earning revenue through the content they offer. As a general principle, we think it’s fair for podcast creators to be compensated in some way for the content they create.”

The CBC goes on to state that it’s not all about the money, however, noting that it has no idea what third-party podcast app developers do with its content.

“Are they copying our content to their servers and serving cached versions? What’s their business model? Do our analytics capture their traffic? Is there a competitive conflict between our ads and the ads being displayed on their apps?”

The CBC highlights one instance of their podcast content appearing alongside “ads for pornography” as a particularly undesirable situation, and concludes the statement by saying that while it welcomes conversations with third-party podcast apps, it is within its right to define appropriate or inappropriate use.