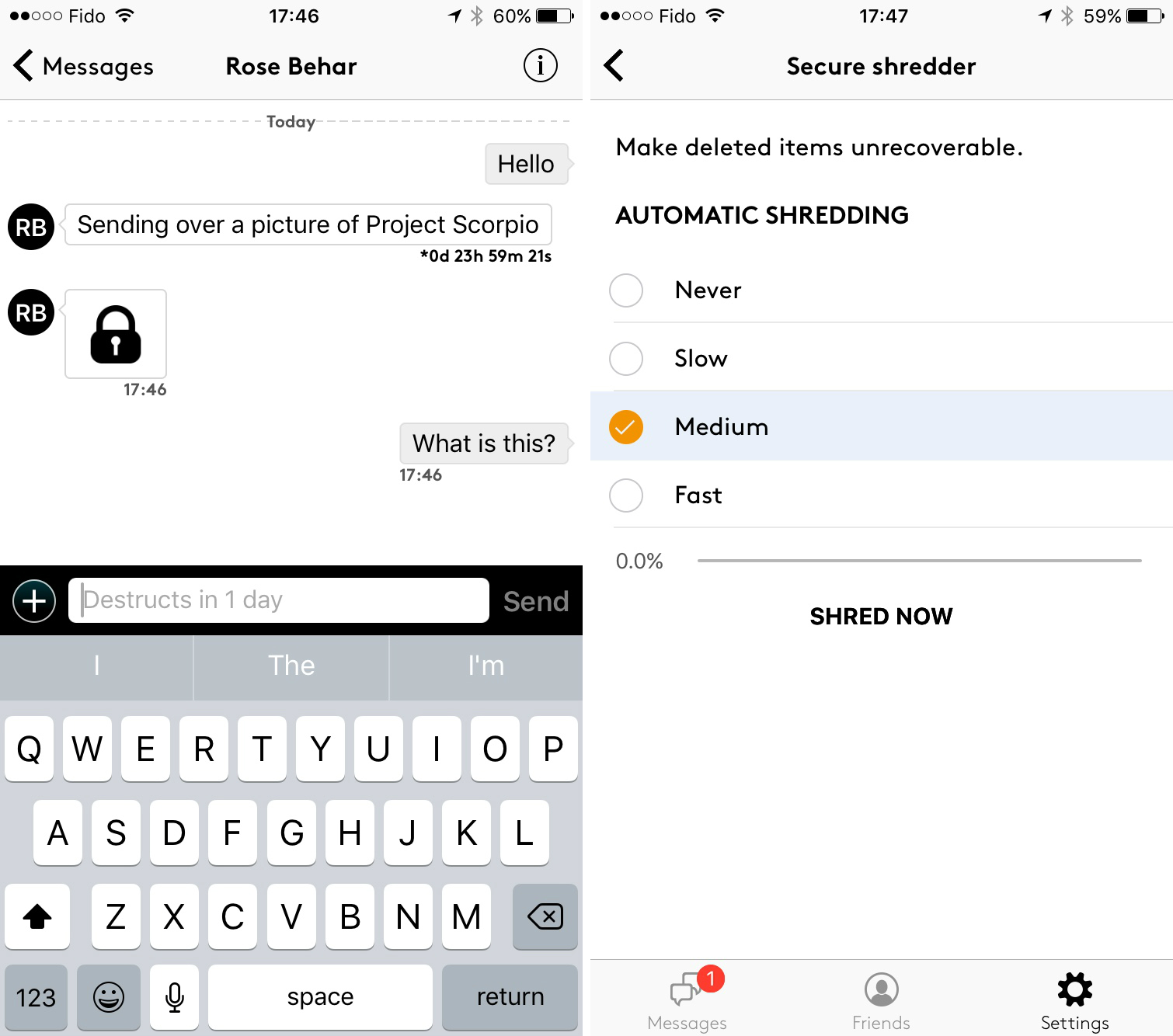 There are quite a few end-to-end encrypted messaging apps out there, but not many take privacy as seriously as Wickr Me.

The app lets users send encrypted messages that can be set to automatically delete in the range of three seconds all the way up to six days (honestly, no one should take over six days to look at your text, that’s just rude).

Every aspect of Wickr Me is built for security. When a user receives a picture, they’ll only see the icon of a camera until they press and hold to view the image. When you leave they leave the app, they’re immediately logged out.

It also deletes metadata such as geotags and message times, and users can access a ‘Secure Shredder’ feature in the settings to erase data immediately, without any option for recovery.

The app has a minimal black and white design, which adds to the overall experience. After all, who doesn’t want to feel like a modern James Bond?

Wickr Me is freely available for both iOS and Android.