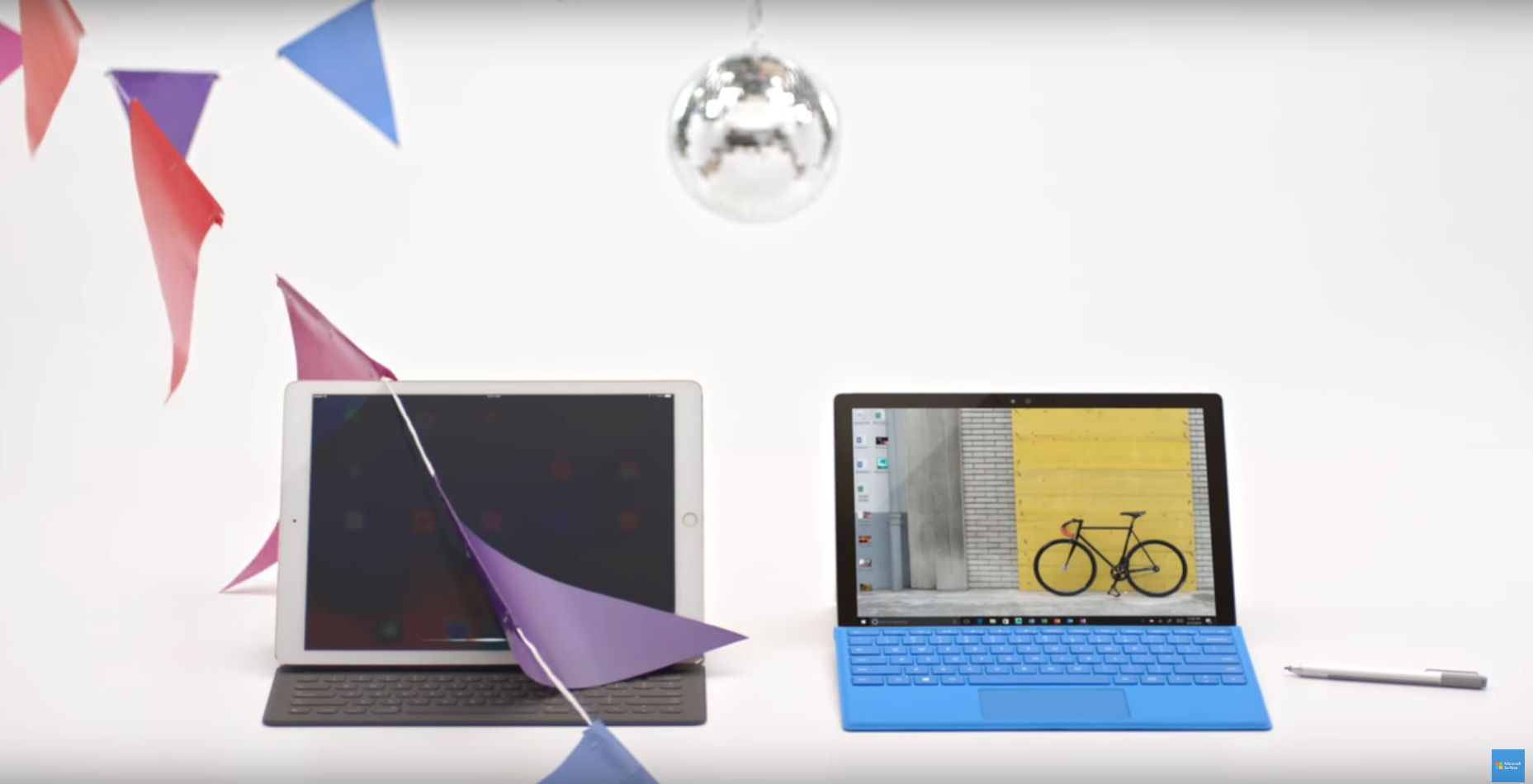 In a throwback to a simpler time, Microsoft has released a new ad in which the Redmond-based company pokes fun at longtime rival Apple.

In the ad, available to watch on YouTube, the company’s personal assistant Cortana, on board a Surface Pro 2-in-1, attends a party held by Siri and makes fun of Apple’s claim that the iPad Pro is a fully capable computer.

“I just got a keyboard,” announces Siri in the commercial. “I’m a computer now, like you,” she says to Cortana. Cortana, the sassy personal assistant that she is, decides to have none of that as she begins to poke holes in Siri’s statement.

“But you’re running full office, not just the app version, right?” asks Cortana, before going for the jugular, “What about a track pad external ports?”

It all ends in tears, with Siri calling the party off. Can’t we all just be friends?

Joking aside, we haven’t seen a fun commercial pit the two giants against one another like this since the mid-aughts when actors Justin Long and John Hodgman showed off the benefits of OS X in Apple’s popular Get a Mac series of commercials.

What’s particularly telling about this commercial is that the actors have been replaced with personal assistants.