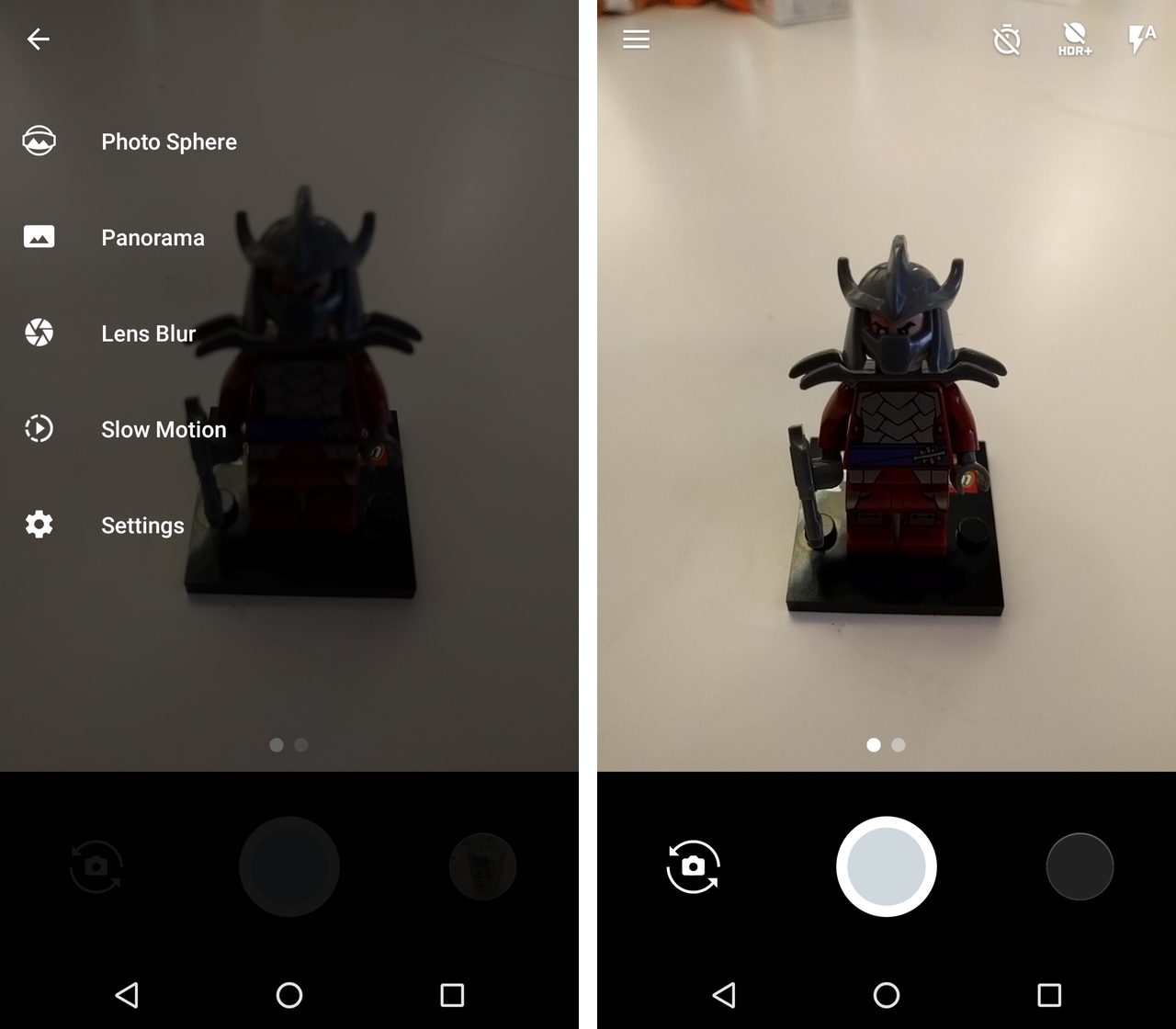 On Monday evening, Google started rolling out the latest version of its Camera app.

It’s the update Nexus owners have been wanting for some time now.

The most notable change, at least upon first launching the app, is the reworked interface. Google has moved interface elements around to create a slightly different look to the app and make it easier to navigate overall.

Slow motion video, available only on the Nexus 5X and Nexus 6P, can now be accessed directly from the pullout menu — instead of as an option in the main camera window.

In the short time I’ve had to use the app on my Nexus 5X, I’m happy to report overall performance is indeed improved. When Google released a performance-enhancing update for the Nexus 5X a couple of weeks ago, one of the lingering issues Nexus 5X owners complained about was the device’s still slow camera. This update does a lot to solve that issues, though the camera is still not as quick to start and take pictures as more powerful devices on the market such as the Galaxy S7 and HTC 10. Then again, those don’t have a more middling Snapdragon 808 processor to make the most of.

Available on Nexus devices running Android Marshmallow — that is the Nexus 5, 6, 9, 5X and 6P — like most of Google’s software updates, this one is rolling out gradually to Nexus owners across the globe. So be patient if you haven’t gotten it yet.