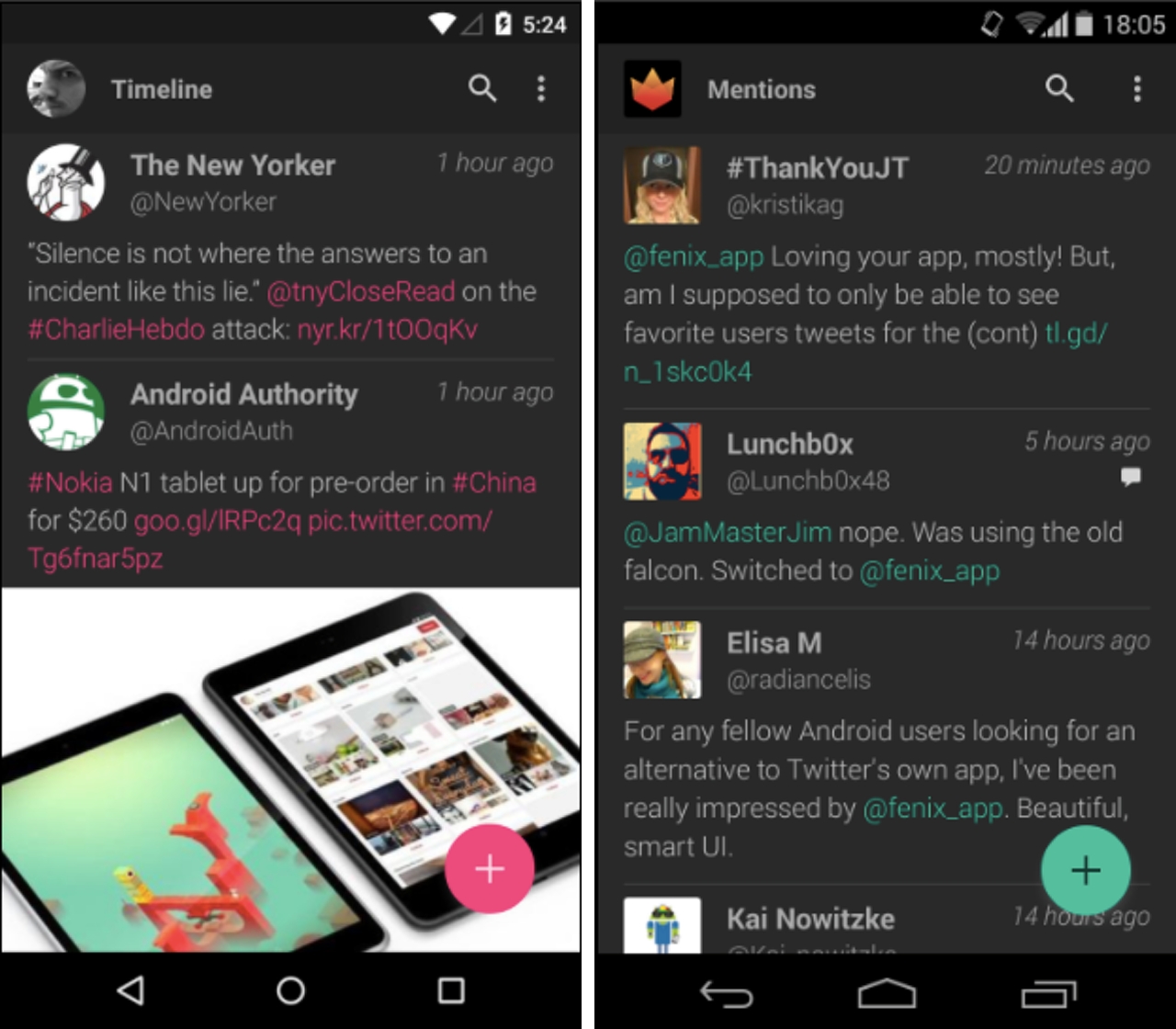 Since 2012, Twitter has maintained a major roadblock for all three-party developers that want to create their own client to access the microblogging platform.

The company maintains a strict 100,000 token limit for third-party apps. Each time a new user links a third-party app to their Twitter account, a token is claimed. And once an app hits its token limit, it can’t add additional users, curtailing any potential for future growth.

It’s a day every third-party developer knows will eventually come if they decide to make a Twitter client.

Now the app doesn’t show up in search results. It’s a series of events we’ve seen several times in the past, most notably with Talon in 2014.

Villa says anyone that already has the app installed on their device will be able to continue to use it, but with no way for Fenix to generate new revenue, it’s unlikely Villa will continue developing it. Villa, thankfully, another great app for Android users to check out — an RSS reader called Quote.