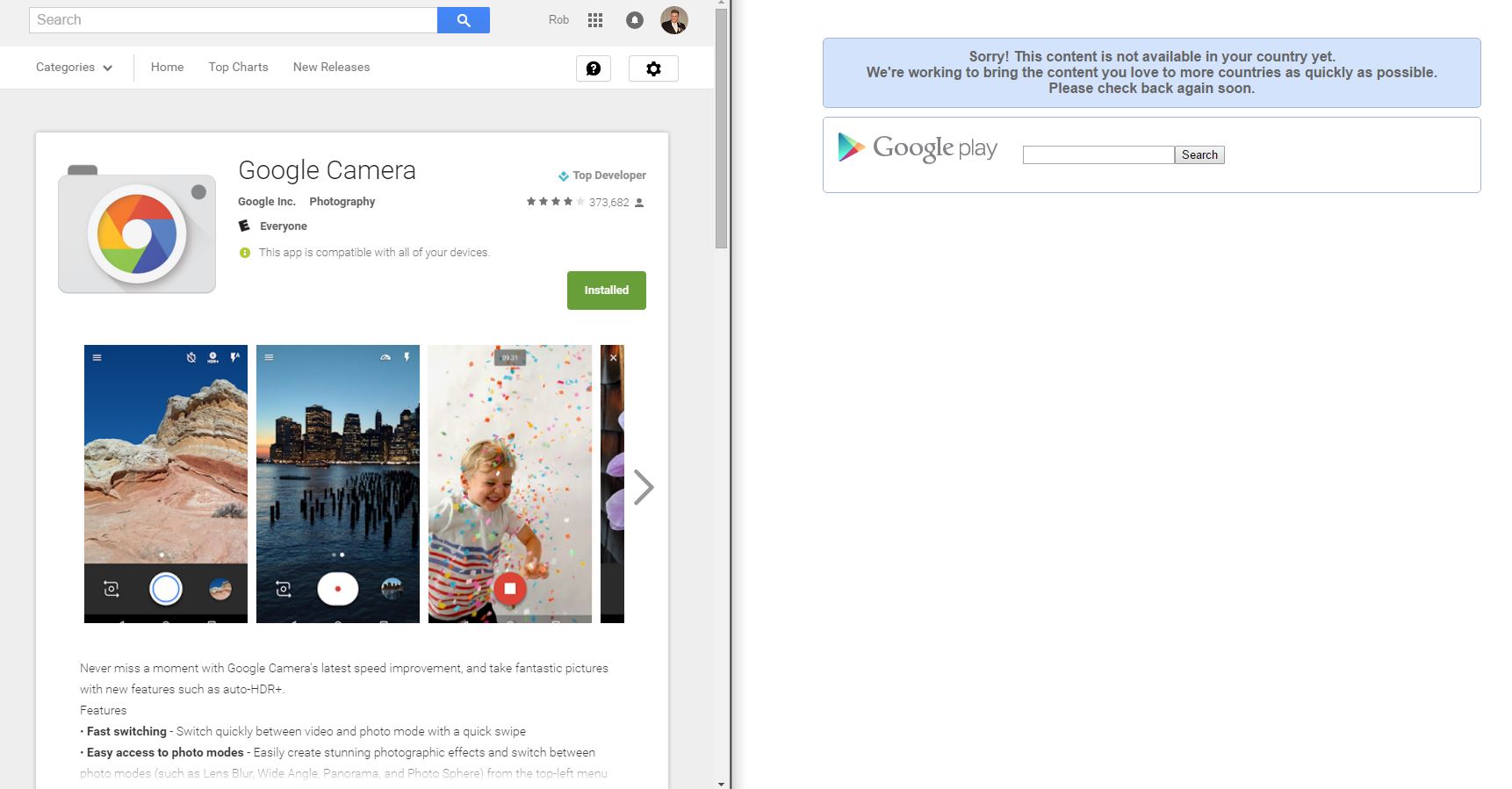 In the spring of 2014, Google released a standalone app for Android called Google Camera, aiming to give users basic camera functionality that was consistent across different phones. Over the last nearly two years, Google has been steadily adding features to the app, and many Android users prefer this app to their native camera.

Today, over on Reddit’s r/Android, users have noticed that the Google Camera app isn’t loading properly for users who aren’t logged in, or who don’t already have it installed. When visiting the page for the app in incognito mode or when logged out of the Play Store, the following message is displayed:

This warning usually means an app release is limited to certain countries because it hasn’t been released yet worldwide, but it could also be a sign that the app has been pulled from the Play Store in most regions for some unknown reason.

Whatever the reason behind the strange behaviour, it’s possible changes are coming to the app soon, or it might be about to disappear completely, or possibly only on select devices. Either way, if you’re a fan of Google Camera, stay tuned to find out if this is a change, or just a Play Store bug.