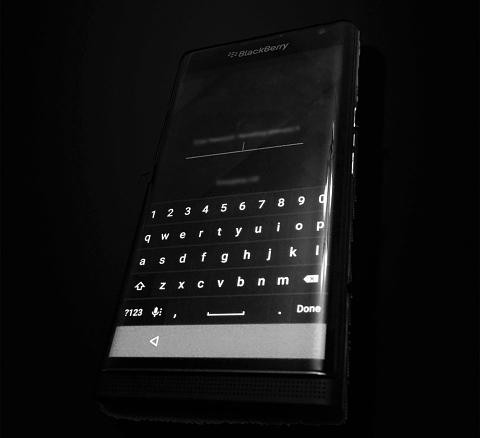 BlackBerry is poised to release its slider this year. The “Venice” has been under cover since it was quickly unveiled at Mobile World Congress in March. However, an image surfaced last weekend and the same trend follows this weekend.

According to a post within the CrackBerry Forums, what you’re looking at is another picture of the upcoming BlackBerry slider, this time showing its on-screen keyboard with a familiar Android back button. The Venice is rumoured to have a 5.4-inch display, 18MP OIS camera, 5MP front-facing camera, 1.8 GHz Snapdragon 808 processor and run Android Lollipop.