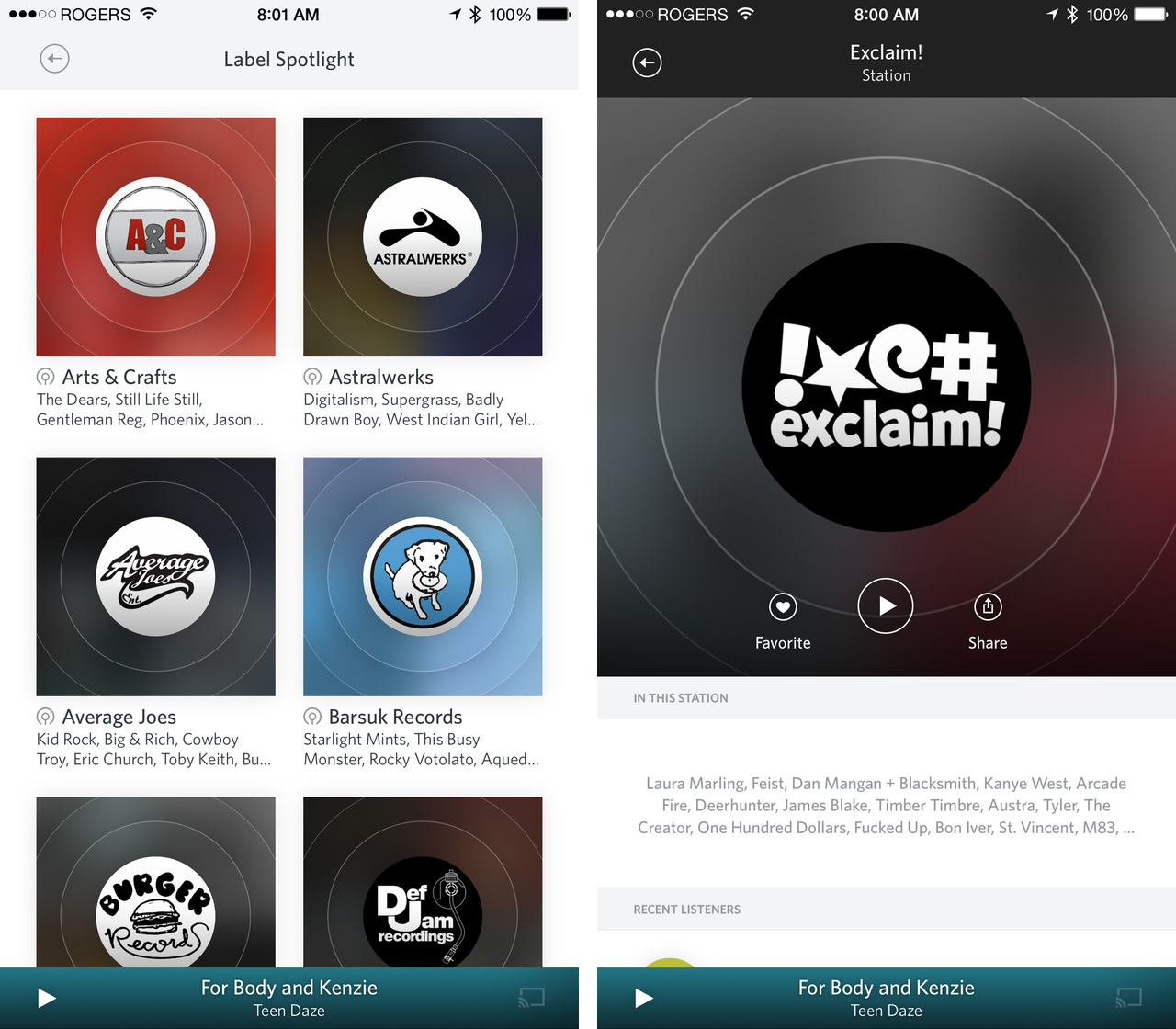 The future of radio is Rdio. Or maybe it’s the other way around.

That’s according to the company’s head of artist and label relations, Joe Armenia, who told me in a phone call yesterday all about his plans to make streaming music a part of the everyday music listener’s vocabulary.

His plan is simple: work with labels and key “influencers” to make a free product so good, so eminently listenable, that it will offset the revenue lost from monthly subscribers. Of course, it would take thousands of minutes per month to earn the same amount of revenue as someone paying $9.99 per month, but Rdio is investing in both the relationships, and the technology, to try to get there.

The company is announcing today a profound expansion of its Stations product, a feature available to both free and paid Rdio subscribers. While Stations has been around for well over a year now, and the labels collaborations quietly propagating for just under six months, Rdio is announcing a (re)investment in the core technology that produces curated radio stations capable of being heard, uninterrupted, for hours at a time.

In Canada, these new channels will amount to quality programming from well-known labels like Arts & Crafts, XL, Domino, Maple Music and more, along with curated stations from brands like Exclaim! and Yelp Toronto. Armenia says that the deal is cross-promotional, and no money exchanges hands between Rdio and the labels. “Rdio is not paid, nor do we pay, for these stations. These are completely promotional opportunities for partners using our platform,” he clarified.

Along with the new stations, Rdio is set to offer a new product later this year that will ease the transition for those in charge of the stations from layman to curator. Dubbed Rdio DJ, it is a set of backend tools for both brands and individuals to create high-quality extended playlists. The idea is to make it easy for brands to represent themselves musically.

“We wanted labels to have a voice,” Armenia told me. “The first bunch [of stations] we did were successful, and afterwards every label in the world wanted to do this.” Armenia spoke of the relationship listeners have to small or mid-sized labels, ones that represent well-known bands like Arcade Fire, Band of Horses and Father John Misty (Sub Pop), to smaller outfits like Domino that represent much of the world’s great indie talent.

“We didn’t want to ask Warner or Sony to do this; we didn’t think it would work,” he said. Instead, Rdio worked closely with labels with whom people know almost as well as the artists they represent to create the right curated playlist for the right moment.

Curation is the key word, too. Armenia didn’t mention it, but it’s clear the announcement is in the shadow of Apple Music’s momentous launch last month. Beats Music emerged as the curated streaming music service, with humans, not algorithms, picking the track that follows, and the ones after that. Armenia mentioned that Rdio takes a hybrid approach to such things, using its robust recommendation engine to generate playlists alongside artist- or label-created song lists.

“We’re helping labels and brand cultivate their voices,” he said. “Almost 100% of the time [the labels] are coming to us with playlists in a certain order, curated in a very specific way.”

Spotify’s success, and Apple’s inevitable dominance, of the streaming music space has made Rdio’s continued direct relationship with labels even more important. Earlier this year, the company launched Rdio Select, a $3.99 per month version of its a la carte subscription that limits music listens to 25 songs per day, in addition to all the streaming radio one can manage. It’s an intriguing and viable business model for a company desperate to break out of the miasma of “just another streaming service.” That Rdio has vibrant social faculties and an engaged user base is not lost on Armenia, who told me that this new curation deal with labels and influencers is all about helping them “communicate directly with listeners.”

Note: An earlier version of this story included speculation that Rdio was compensated for these branded stations. After publication, the company issued a statement claiming that no money is exchanged between Rdio and the labels, and the copy has since been amended.