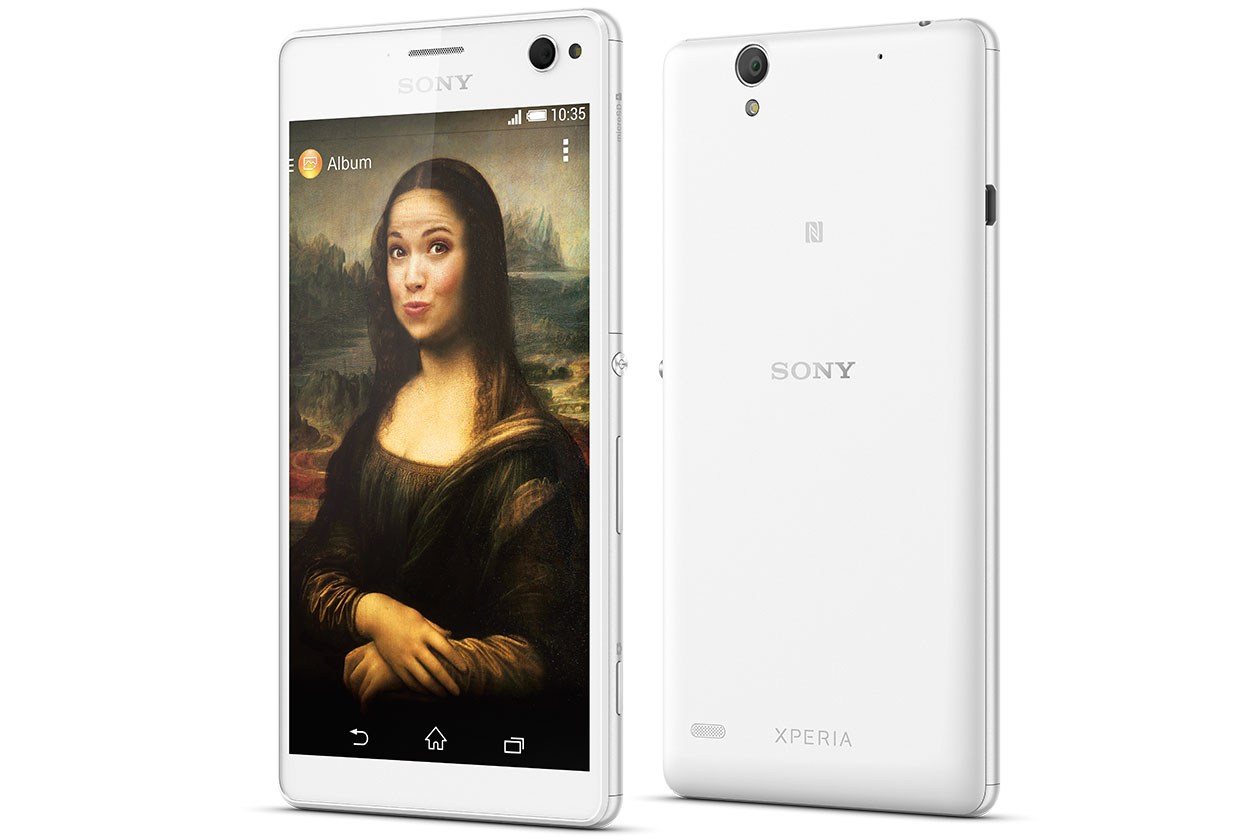 Selfie addicts, better start perfecting that duck face and blue steel, because Sony just announced what it considers to be the ultimate selfie phone.

Following last year’s C3, the new C4 and C4 Dual is a significant upgrade over its predecessor.

The C4’s front-facing camera is a 5 megapixel affair with one of Sony’s Exmor R mobile sensors on capture duty. Additionally, the camera features a 25mm wide-angle lens, and an LED flash. For those keeping track, outside of the HTC Desire Eye, the C4 is one of the very few phones out there with a front-facing LED flash.

Sony has also baked in some interesting software to augment the phone’s selfie capabilities. First up, there’s Style portrait, a piece of software that dresses up one’s selfies with unique filters. One of the featured styles is called “vampire,” which is sure to please all the Twilight fans that are bound to consider buying this device. Also included is AR mask, an app that let’s one paste their face on a different body. The image above seems to show the result of a photo taken with this app.

The back-facing camera is no slouch either. It’s a 13 megapixel shooter with autofocus, image stabilization, and HDR capabilities built into the camera.

The C4’s other specifications are slightly less impressive than its two cameras but still capable. Inside of the phone is a MediaTek MTK6752 octa-core processor clocked at 1.7 GHz, as well as a ARM Mali760 MP2 GPU. Supporting the processor is 2GB of RAM. For storage, there’s 16GB of internal memory, and a microSD slot that supports cards up to 128GB. Tying together the whole experience is a 5.5-inch 1080p display and Android 5.0 Lollipop.

Whether either phone is coming to Canada is something Sony has not specifically said yet. “Xperia C4 will be available in Single SIM and Dual SIM in select markets from the beginning of June 2015,” says the company’s press release.

We’ll update this post once we hear back from Sony on Canadian availability.