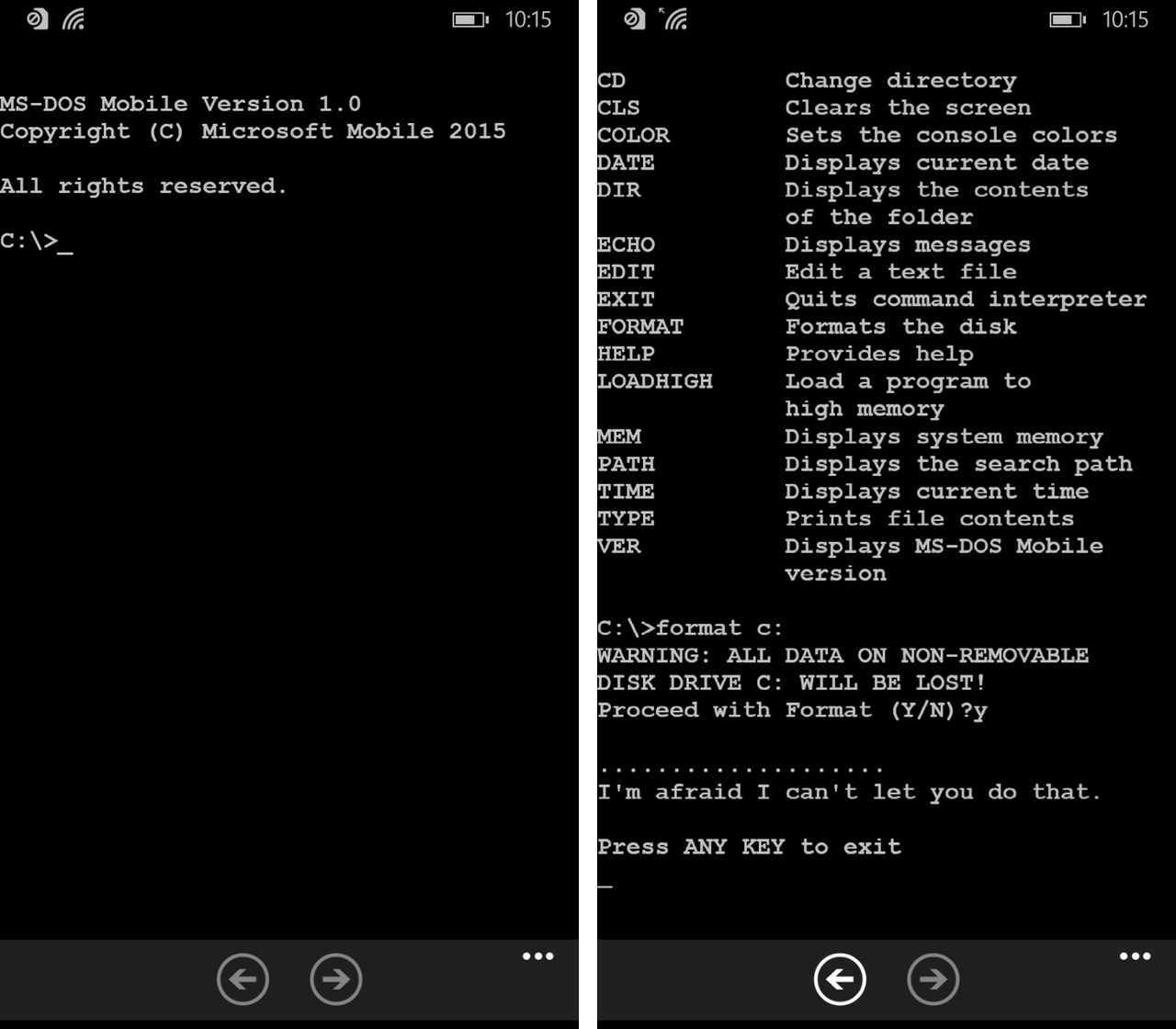 Microsoft has released a new iteration of one of its earliest, and arguably best, operating systems.

In what has to be one of the most elaborate April Fools’ Day jokes ever, there’s an actual working mobile version of MS-DOS available on the Windows Phone Store, and it functions exactly as one expects.

Once installed, typing in commands will access the OS’s functions. For the most part, commands work just like you remember them working. However, some are given fun new twists. Typing in “FORMAT,” for example, will attempt to format your smartphone’s solid state drive, but Cortana, Windows Phone’s personal assistant, will come in and save the day.

Elsewhere, typing in “WIN” will launch a mobile friendly version of Windows 3.1, and typing in “COLOR” will alter the appearance of the OS. For a full list of commands, type “HELP”.