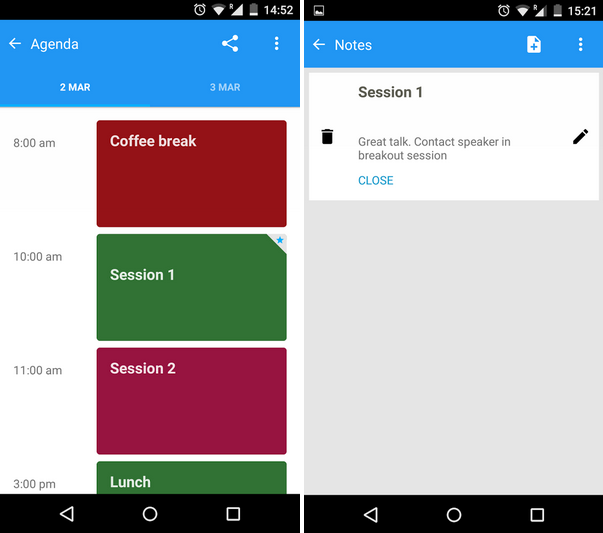 Google has just pushed out a brand new application for event organizers and attendees that facilitates exchange of information as well as interaction with everyone present.

Dubbed Google Interactive Events, the full scope of the app isn’t immediately apparent. That’s probably because right there in the Play Store description, it says, “The app is not available at events not organised by Google,” so unless you’re a Googler or a visitor attending an event at Google, you won’t be able to explore the app (though you can download it, we did).

Interactive Events brings a degree of engagement to Google events that hasn’t previously been possible. The app will allow you to take notes and keep track of your agenda with a calendar that you can populate with meetings and sessions. However it will also allow you to interact with speakers on stage, participate in Q&As, connect to social media and request follow up information.

It’s possible Google is preparing Interactive Events for Google I/O, its annual developer conference set to take place at the end of May. The company has released Google I/O apps in the past and the 2014 app allowed users to explore the conference agenda, add events to their own personalized schedule, get reminders, follow public Google I/O content on Google+, and find and connect with other developers. Interactive Events sounds like an expansion of this app that can be used as an organizational tool for any event.

No word on whether Google plans to publicly release this app for third-party use but we’ll keep you posted.