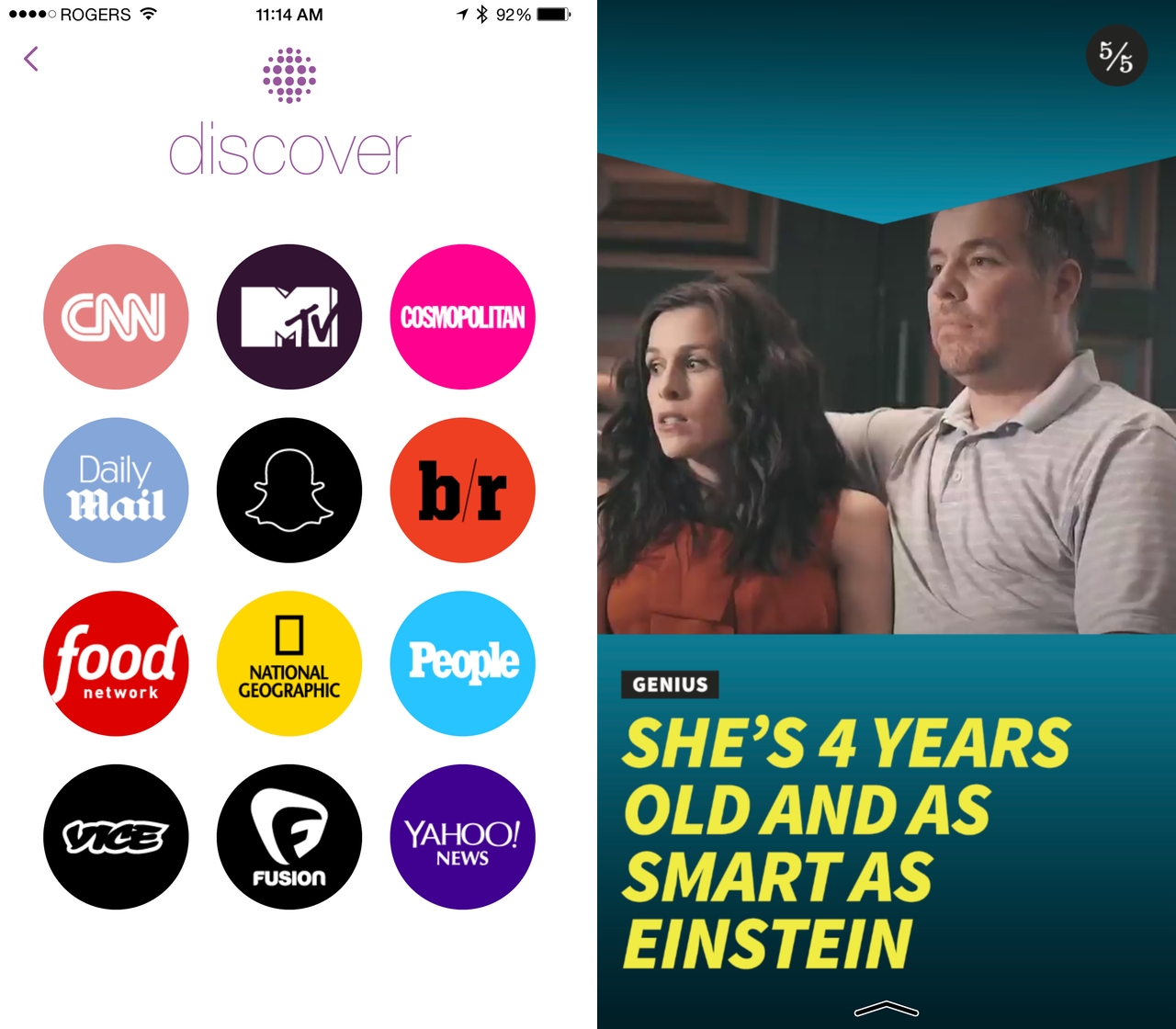 Teens don’t read the news, but they do use Snapchat. That’s a myopic and somewhat limited approximation, but it is backed up by a fair amount of supported data. The company, which was recently valued at over $10 billion after raising nearly $500 late last year, has become the go-to resource for many teens and young adults between 15 and 25 years old, not only to share ephemeral photos and messages with friends, but videos and selfies with anyone who cares to see.

The company claims that “this is not social media,” but rather “count[s] on editors and artists, not clicks and shares, to determine what’s important.”

Users tap on one of the brands to unveil a series of short article previews, which can either be presented in text, image, video or a combination of the three. The pieces are tailored for younger audiences, many using colloquial language and short video snippets to make them more palatable.

Some of the content can be construed as promotional, and walks a fine line between editorial and native advertising. Articles like “World’s Best Trips: Where should you go in 2015?” by National Geographic have the same kind of advertorial feel to many paid-for segments found in print media today, but fit in with the Snapchat aesthetic. Others, like an ad for Adidas football cleats found within Bleacher Report’s daily update, are optimized for both smartphones and teenagers.

Alternative ways of distributing content, through social networks like Facebook or Twitter, or “not social media” like Snapchat, are becoming increasingly important to brands unable to glean the kinds of banner ad revenue they used to from static web pages. Companies like Vice, Fusion and Vox are looking to create specialized content for those channels, much of which would live independently from their web-based presences.