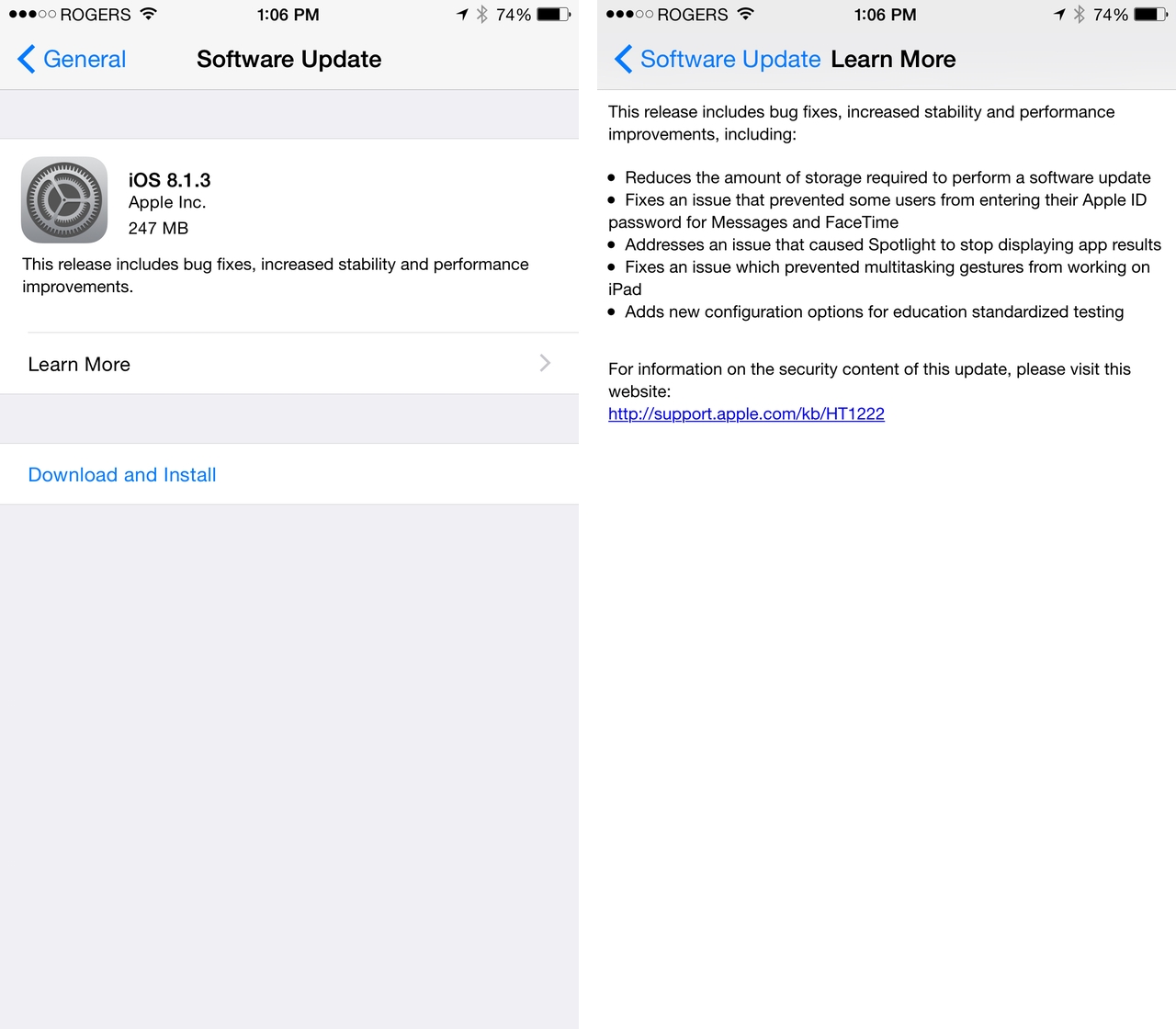 Apple has released iOS 8.1.3 with a significant number of important bug fixes and performance improvements.

The release rectifies one of the biggest issues with iOS 8 releases to date, namely the amount of space needed on the device itself to upgrade over the air. It’s unclear how much less space is needed, but any amount is appreciated, especially for older devices with 8 or 16GB of storage.

The update also fixes a Spotlight bug where installed apps wouldn’t show up when searched for. Apple also addressed Apple ID login issues with FaceTime, and a problem with multitasking gestures on the iPad.