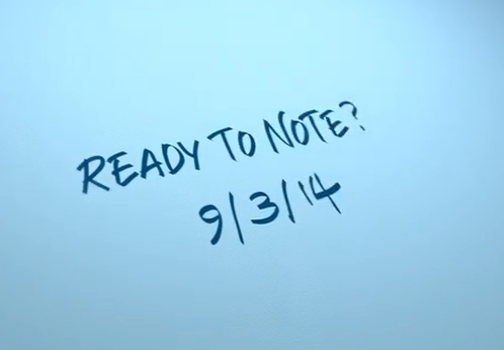 If last week’s trailer focusing on preserving handwriting didn’t do it for you, Samsung’s got another S Pen-heavy trailer for its upcoming Galaxy Note phablet, which is scheduled for unveiling on September 3 at IFA.

This trailer was released on Sunday night and refers to the S Pen as ‘a truly notable invention since the pen.’ Samsung goes on to talk about how the S Pen was created as a tool for the way we live today and promises innovation for tomorrow on September 3.

Samsung is obviously hoping that, with the Note 4, it can turn the S Pen into a feature people use every day. It’s supposed to be one of the phablet’s defining features, yet many users don’t use the S Pen at all. As we noted in our review of the Note 3, things improved with the added functionality and updated experience introduced with the current generation Note, but Samsung obviously isn’t finished optimizing the S Pen for every day life.

Previous rumours regarding the Note 4 have pointed to an upgraded 16MP camera with three dedicated selfie modes as well as a 5.7-inch 2560 x 1440 display, a Snapdragon 805 chip, as much as 4 GB of RAM, 32 GB of storage, and support for up to 128 GB of storage via MicroSD.