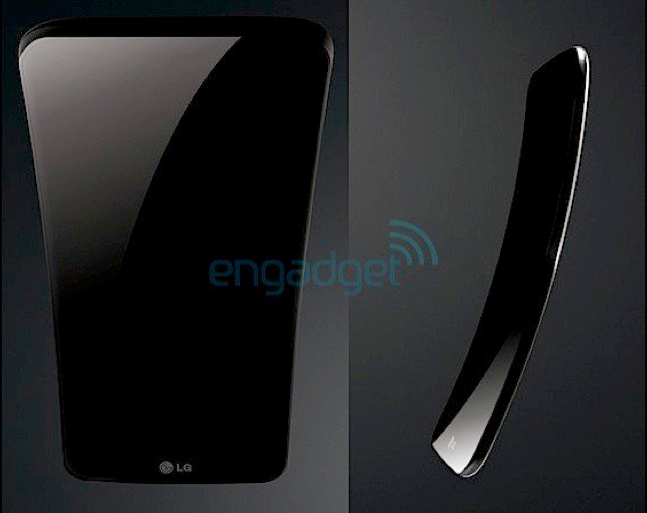 The race to claim curved smartphone display dominance has already started; it’s currently between Samsung and LG. Late last week, both manufacturers revealed plans or launched its first foray into the next phase of smartphones: Samsung unveiled the Galaxy Round and LG confirmed its plans to make a curved display available in November.

Tonight, press images of LG’s G Flex device have leaked online. Engadget managed to score the pics and as expected the curve display is going from top to bottom, unlike Samsung’s which is goes left to right. The “G Flex” is going to be ‘bendable and unbreakable’ and will have an OLED display of 6-inches. No other details are known, but it looks pretty cool!