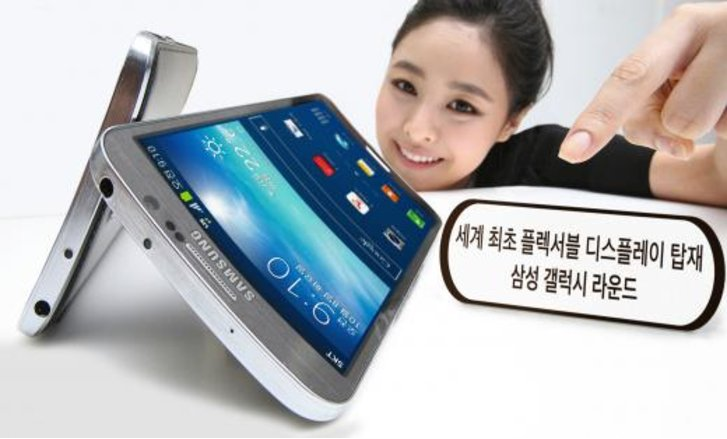 Samsung has just officially announced the ‘Galaxy Round.’ This is the ‘world’s first flexible display’ and sports a 5.7-inch curved OLED display.

The display is the same size a the Note 3 (1920 × 1080 resolution), but the curves go from left and right and has a radius of curvature (degree of bending) of about 400mm. Additional specs have the Round running Android OS 4.3, a 13MP camera, 2.3GHz quad-core processor, 3GB RAM, 2800mAh battery, 7.9mm thin and weighing in at 154 grams. Samsung has also introduces a new user experience called ’round interaction’ – basically when the Galaxy Round is turned off and placed on its side, will show the date and time, missed calls and battery levels.

As expected, the Galaxy Round will first hit South Korea on SK Telecom in ‘luxurious brown’ – unfortunately there’s no word on availability for any other countries. The price is set at 1.09 million won (approximately $1,013 USD).