CWTA: 41% of old cell phones are stashed away in junk drawers as opposed to being recycled 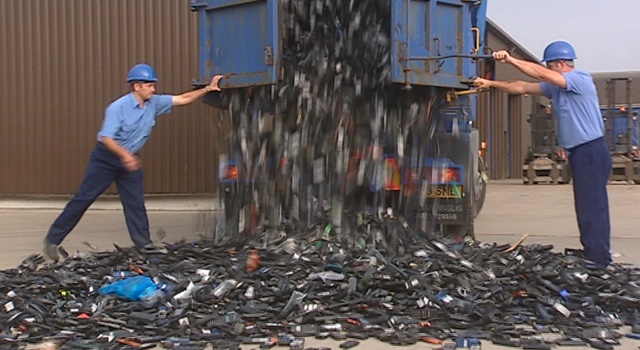 Earth Day is coming up on April 22nd and the CWTA’s Recycle My Cell program has released some results from their 2012 National Cell Phone Recycling Study. With manufacturers and carriers launching new handsets every month it’s not that surprising to read that “41% of old cell phones are stashed away in junk drawers as opposed to being recycled.” The “old” cellphones are still incredibly new, powerful and valuable.

The CWTA highlighted these 2012 stats, plus put together a fancy infographic:

– 72% of Canadians either own a cell phone or plan to buy one in the near future
– 71% of respondents indicated they were likely to recycle their cell phone in the future.
– The average consumer keeps their device for approximately 22 months.
– About 96% of the materials in an average mobile device are recyclable
– Every year, 20 to 50 million metric tons of E-waste are disposed of worldwide
– 12% of used devices are currently being recycled; the rest are stored, sold, gifted or thrown out

Recycle My Cell has a goal to keep cell phones out of Canada’s landfills and offers up various drop-off centres across Canada. If you do decide to hand over your old brick the proceeds will go towards local charities. Most carriers and retailers have a cellphone recycling program in place that potentially gives you money for your device. 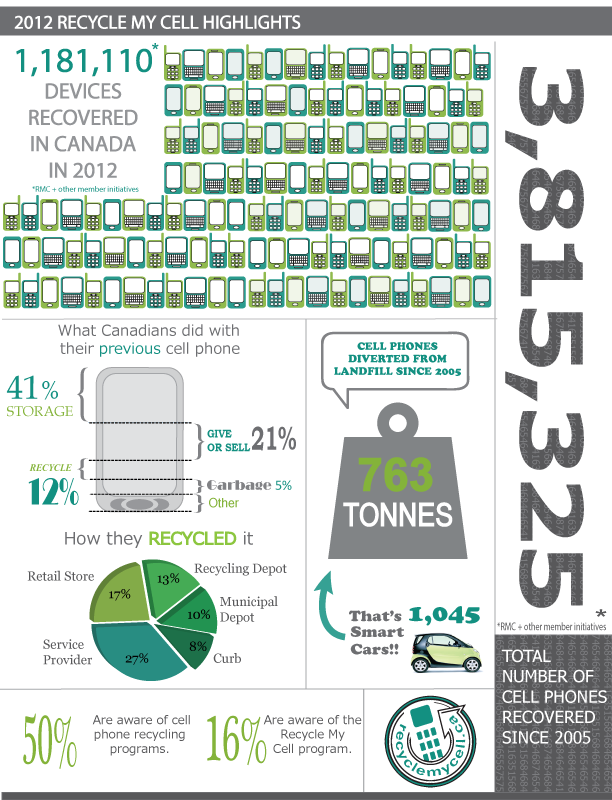