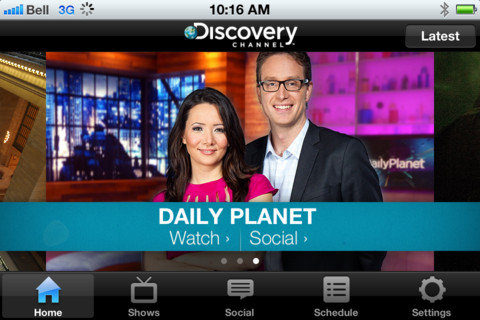 Discovery Channel has released a companion app for its Canadian audience TV channel, bringing news, videos and a heavy social media presence on both Facebook and Twitter.

Like many of its broadcast peers, Discovery Channel Canada, which is operated by Bell Media, is hoping that by bringing an app to market it will allow enthusiastic audience members to share the excitement of Shark Week and Deadliest Catch with friends and strangers. The app offers episode guides, video features and in some cases entire shows from the channel’s extensive canon. Users can expect polls, trivia and contests on a regular basis as Discovery hopes to lure repeat customers.

You can download the Discovery Canada app in the App Store.