Facebook App Center launches in the US, coming everywhere else “in the coming weeks” 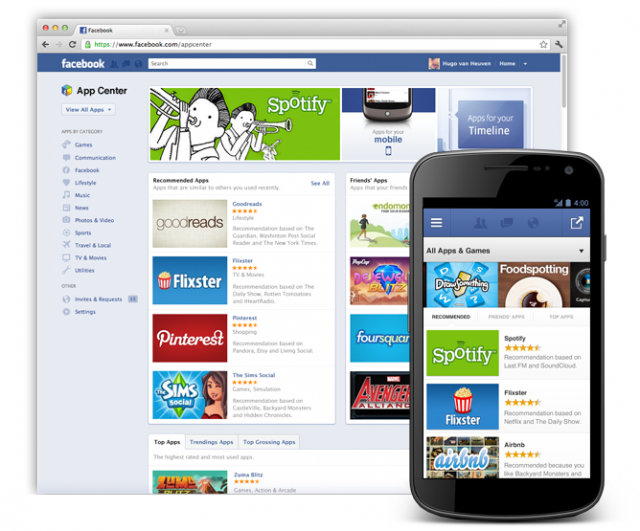 Today Facebook went live with their App Center – it’s only available in the United States but will be “available to everyone in the coming weeks.” Facebook’s App Center is a discovery service that lets users peruse through iOS and Android apps, currently a list of 600 that include Draw Something, Pinterest, and Nike+ GPS. Facebook states they only publish “high-quality apps” that’s “based on feedback from people who use the app,” and “personalized recommendations.” Through the App Center you can check out what apps your friends have and gives you an option to preview an app before downloading. You can’t actually download anything yet from the Facebook App Center, but you can hit the “Send to Mobile” link to your device, then install.

Both Apple’s and Google’s app stores need no introduction, but Facebook’s App Centre will help drive traffic and revenue for iOS and Android developers. Facebook has 900 million users, including 488 million who use the social network via their mobile device.

Perhaps Facebook’s App Center is one step in their plan to launch a smartphone.