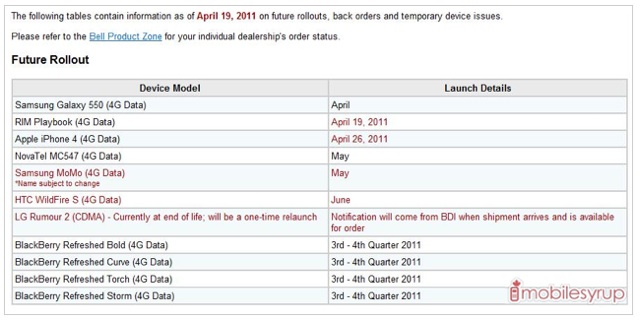 Earlier this week at BlackBerry World 2011 the new Bold 9900 was officially announced. The only Canadian carrier to reveal that this new touchscreen/QWERTY smartphone will be launching is Virgin Mobile. This makes Bell on deck to announce the device soon because Virgin is 100% owned by Bell. Finally, you can also expect SaskTel to release the new Bold 9900 as they piggyback from Bell’s device list.

These devices are all pegged for a release in the Q3/Q4 2011 time period and will be released by Bell too.