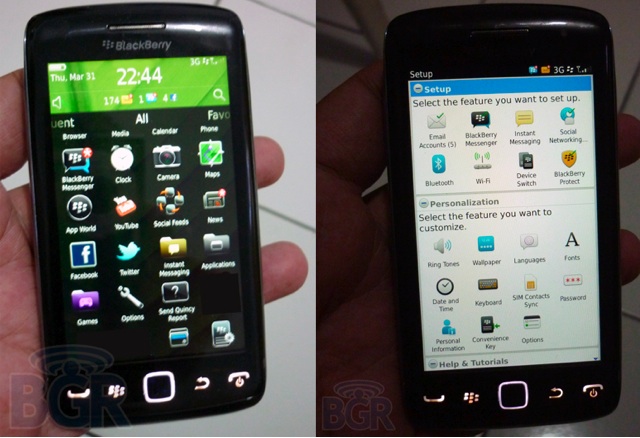 RIM’s upcoming 2011 device lineup was leaked a couple months ago and some of the devices have started to pop up online. Today thanks to BGR for showing the upcoming BlackBerry Touch (Monaco). This is the said to be the next evolution of the Storm series… it packs a 3.7-inch touchscreen with a resolution of 800×480, 1.2GHz processor, WiFi, GPS, NFC capabilities and 5 megapixel camera with flash and can take 720p HD videos. In addition, this will run BlackBerry OS 6.1 and apparently users will be to have a BlackBerry ID rather than a PIN to login to use the device.