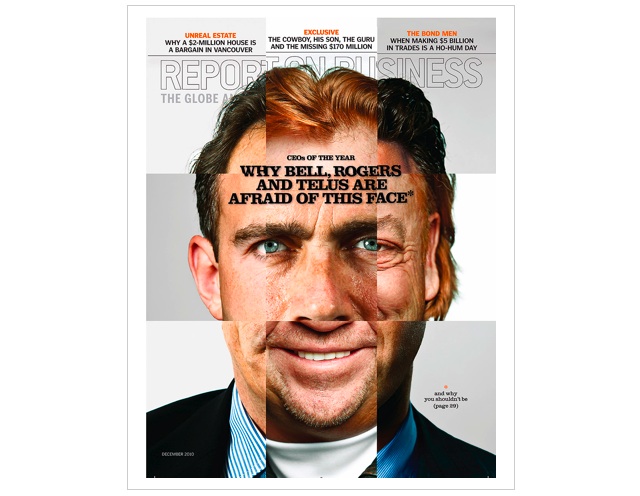 2010 has been the year of wireless in Canada. With the new entrants in play and several heated discussions between all the carriers it’s no wonder that Report on Business Magazine named 3 wireless players CEOs of the year. Anthony Lacavera of Globalive Communications (Wind Mobile), Pierre Karl Péladeau of Quebecor (Videotron) and Jim Shaw of Shaw Communications.

It’s a must read and reporter Iain Marlow does a bang up job giving a great outline of what makes these 3 individuals tick and why they were chosen. Marlow states that “The trio have some things in common. They all had to build wireless networks, they’re all new at this, and they all want to steal customers from the Big Three”.

Péladeau is described as “Canada’s poster boy for convergence” because he’s “built a media and telecom empire that thoroughly dominates Quebec. He owns virtually every broadcaster, newspaper and magazine within sight of his offices in Montreal”. As for Lacavera, “the undisputed rebel prince of Canadian wireless: His Wind Mobile is the most serious threat to Bell, Telus and Rogers from the new cohort of wireless-only players, which also includes Mobilicity and Public Mobile”. And finally Shaw, who recently stepped down as CEO, “has set up his company perfectly for its wireless launch in 2011”.

Congratulations to all three!
Check it out here at the Globe