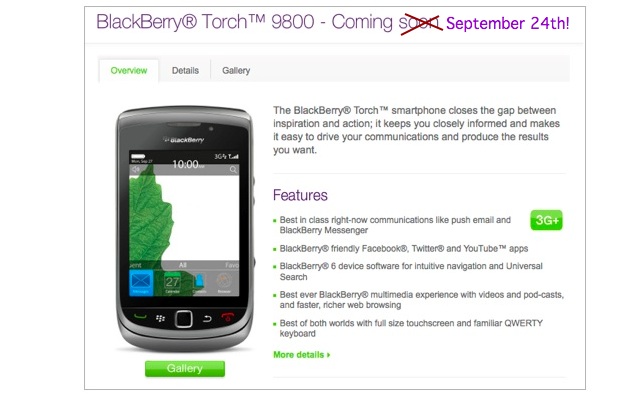 TELUS has stepped up to announce that the upcoming BlackBerry Torch 9800 will be shedding the “coming soon” and be launched this month. In a release they stated that “TELUS today announced it is targeting September 24th for the launch of the new BlackBerry Torch 9800 smartphone”. No word on official price plans but it’ll probably be $199.99 on a 3-year and $599.99 no contract. What do you think the price plans will look like?