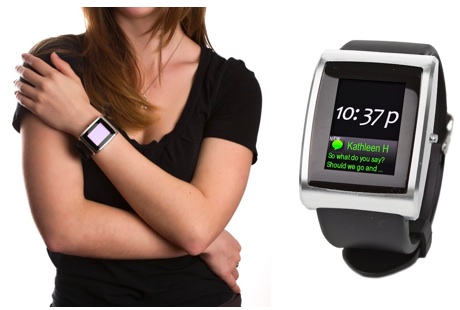 A minor update for those who did pre-order this… a few days ago CEO of Allerta, Eric Migicovsky, said “We have prevailed! Allerta is proud to report that inPulse has entered final production, and a ship date announcement will be arriving shortly”.

They have also given a few more shots of the InPulse.  For those who have yet to pre-order it’s got a price tag of $149.00 (USD). How many are going to get this?