Rogers has joined the other carriers and has officially released the Novatel MiFi 2372, otherwise now known as the “Rocket Mobile Hotspot”. This little gem weighs 81 grams and a total of 5 people can have access to WiFi (within a 30 foot radius). Rogers states “this wallet-sized device slips easily into your pocket and creating your own hotspot is as easy as pressing the power button”. 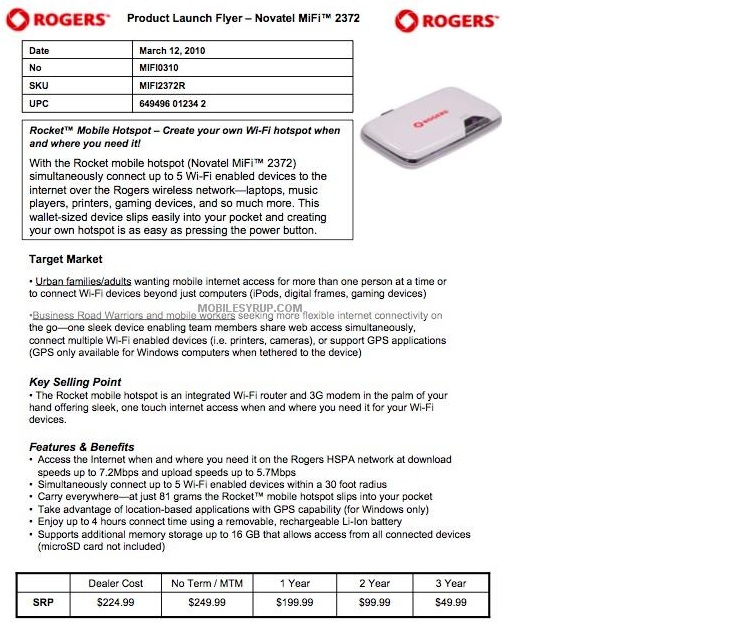