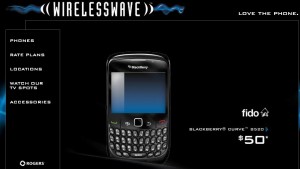 The long and anticipated road for Fido to bring on a new BlackBerry is coming up soon. Many rumoured launch dates have floated around, now we’re hearing it’s set for the 22nd of February. The cost of the upcoming Curve 8520 will be $50 on a 3-year contract or $400 no contract.

Even though this new smartphone is not released yet, WirelessWave has taken the liberty show more confirmation that the device is coming soon… and more importantly given the $50 price point.

Anyone going to purchase this when it officially is released?