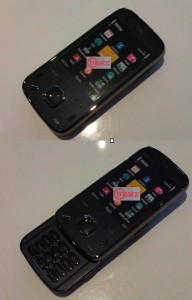 We first learned that Rogers will be launching the Nokia N86 when Nokia’s holiday guide was put online.

Shortly after a leaked image of the Rogers “webphones” promo that listed the upcoming N86 to be priced at $99.99 on a 3-year contract. You can expect this to be out shortly and more news today from our friend “Treatz” who let us know that the N86 dummy phones are arriving at Rogers locations!