Loopholes found in the National Do Not Call List 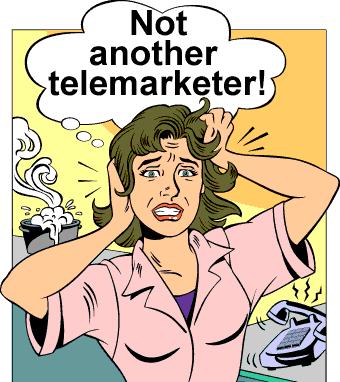 The CRTC’s so-called National Do Not Call List (DNCL) is almost 1-year old and has been under fire ever since it was launched, mainly because the Commission is too lenient with the rules and at one point there was a rumour that they started selling the list to real estate agents, car dealers, financial advisers and lawn-care companies.

Even though CRTC Chair Konrad von Finckenstein stated “I would like to take this opportunity to deal with an urban myth that we’ve all heard. Somebody has put out the notion that telemarketers, especially foreign ones, came and bought the list of people who do not want to be called and are now calling them. First of all I cannot understand why anyone would want to do it, these are people who have registered and don’t want to be called… Secondly, there is absolutely no evidence that this has ever taken place. We vigorously check who buys those lists and that they are legitimate telemarketers. So let me say once and for all that’s an urban myth, it does not exists. That being said the legislation is not perfect”.

Not perfect is correct. Over 6.7 million of us signed up for the DNCL to cut out the telemarketing calls and it was only a couple months ago that the CRTC actually charged 3 telemarketers of being guilty of violating the DNCL rules. The CRTC receives over 20,000 telemarketing complaints every month and 10 months later action was taken with only 3 were charged. The numbers are not adding up.

Here could be the reason why the numbers are not making sense. It seems a loophole has been found. According to Michael Geist, professor at the University of Ottawa, reviewed over 60,000 complaints that were released by the CRTC that took place between late 2008 and early 2009. The results showed “hundreds of complaints about automated calls promising cruise vacations or lawn care services. But the undisputed leader among reputable companies was Bell Canada, which alone was the subject of nearly 1,000 complaints. In fact, the wireless sector had the distinction of taking the top three spots, with Rogers and Telus ranking second and third respectively.”

Geist continues to say “Yet the law contains large loopholes that let the calls continue. Bell Canada may lead the way on do-not-call complaints, but it seems likely the Bell calls qualified under the business relationship exception that allows a business to continue to call a customer for a full 18 months after they leave the company. In other words, the law does not restrict calls that try to win back customers or sell existing customers other products or services. Similarly, there are blanket exceptions for survey companies, political parties, charities and newspapers. All of those organizations are permitted to continue calling until specifically asked to stop.”

So it you are still getting those calls it’s important to be blunt and honest with the telemarketer and say “please stop calling me”.

More here from the Star