The Lomi is an interesting kitchen gadget, but it's likely not for every household 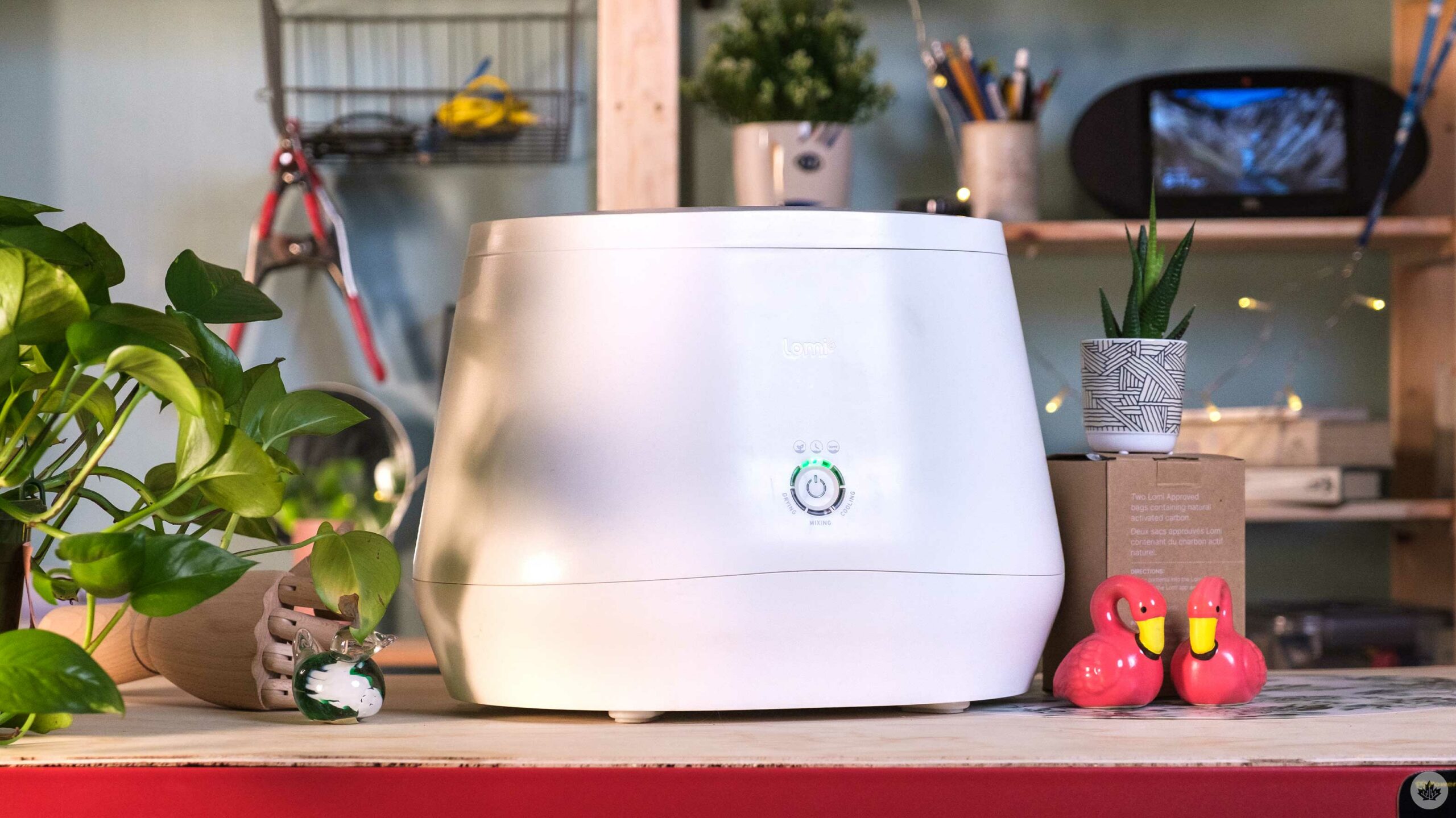 We’ve been composting from the future for a few months now, and while Pela’s Lomi works extremely well at turning old food into dirt, it also suffers from a few issues that make it not work well with all kitchens.

The basic premise is that you fill this machine up with scrap food and compostable plastics, and then overnight, it tumbles the debris with heat to dehydrate and break down old food into a dirt-like substance.

On its website, Lomi calls this plant-friendly dirt, but it advertises itself as a composter. That said, experts sourced in a New York Times article claimed the Lomi isn’t technically a compost since the process of drying debris out takes away most of the nutrients. However, some nutrients are still present, so it might be better for your plants than random dirt, but it’s not going to allow you to revamp a garden in a short period.

Yeah, this is a real ad from the company – in Toronto, at least, none of this is accurate.

Where the Lomi really shines is how easy it makes cleaning up. Usually, I keep my compost in a bag in the freezer so it doesn’t smell, but being able to just toss scraps from a cutting board or plate straight into the Lomi was an exercise in convenience — especially since it doesn’t smell once the lid is locked on.

However, that convenience ends when you want to compost items like bones, fruit pits, nut shells, bioplastics and other things that can’t go into the smart composter or need to be altered before they go in. This means I still need to keep a backup compost bag in the freezer and use it a few times a week. This isn’t the end of the world, but it starts to paint a picture of the Lomi not being as seamless as it portrays itself. 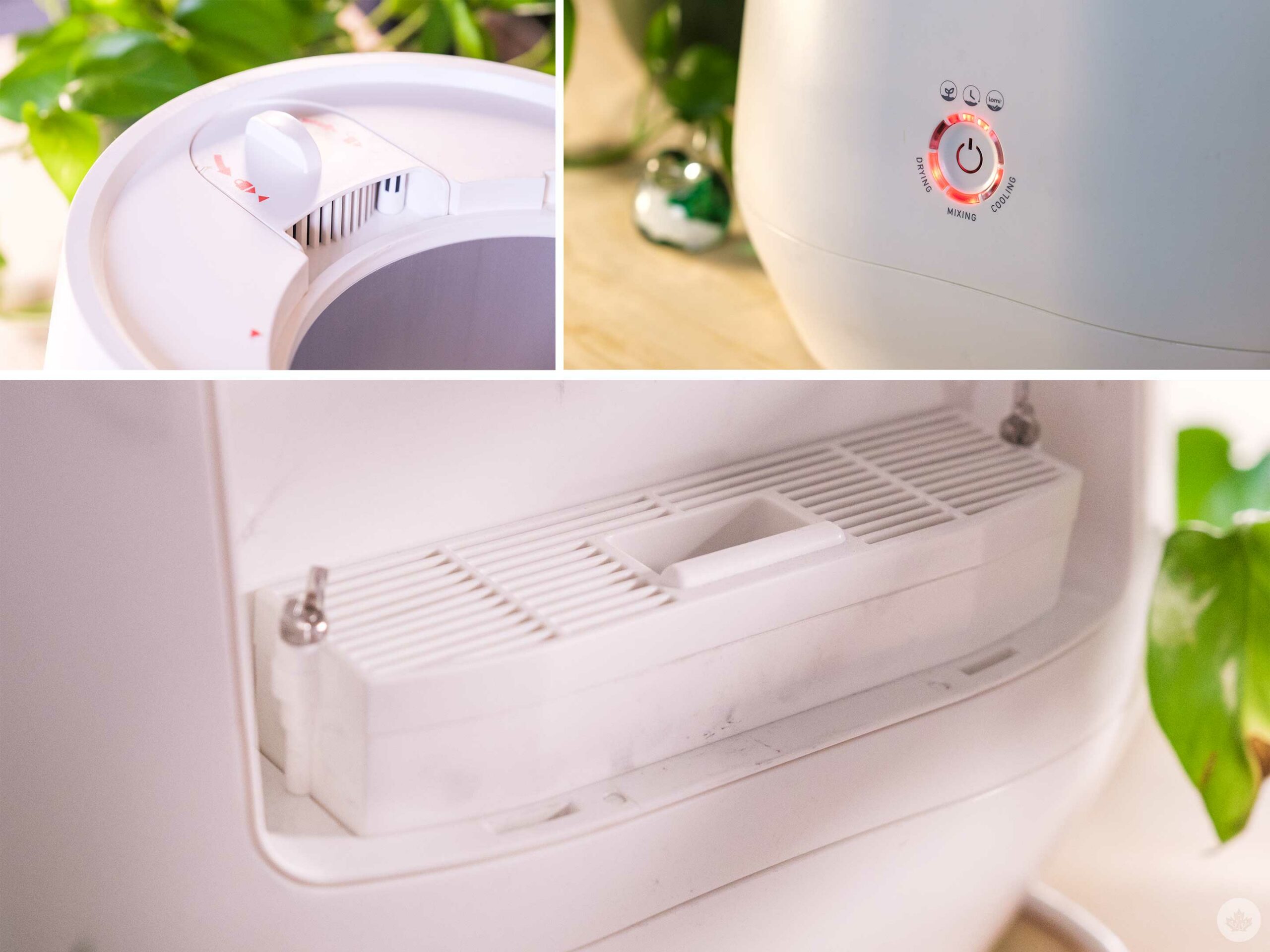 Other things that you need to manage are the charcoal filters, the time of each round and if you need to add any boosters to your cycle.

Lomi comes with enough charcoal to get you through the first 3-6 months of use, but after that, it costs $30 USD (roughly $40 CAD) or more to fill it up to help manage the smell. You can also use a subscription that costs $26 (roughly $31 CAD) every three months, so you’ll always have fresh charcoal. There’s also a light on the machine that notifies you when it’s time to swap out. It’s not hard to do, but putting dusty black charcoal into a stark white device means there’s going to be a lot of wiping down after.

The other accessory is called LomiPods. These are small tablets that you can add to a Lomi cycle to give the dirt it creates added nutrients so it can actually be used as a compost substitute. These cost $35 USD (about $47 CAD) and come with enough tablets for 90 cycles. The company claims that the microorganisms within these pods help break down food. When you use them, you also have to keep the Lomi in ‘Grow mode.’ This takes more time (16-20 hours) but uses less heat to keep said organisms alive.

This Grow Mode is actually the only real compost-like solution the Lomi offers. The fastest setting is ‘Eco-Express Mode,’ which takes between 3-5 hours to break down your food waste. There are more limitations regarding what can go in this mode, and the company says that you can add this dirt to a real compost pile, bin or standard trash instead of directly to plants. This means the device will shrink your food waste but not really deal with it.

The next mode is called ‘Lomi Approved.’ This cycle-type takes from 5 to 8 hours and works with most types of scraps. Once again, the company doesn’t recommend adding this to plants; especially since this mode allows bioplastics.

Grow Mode runs for 16-20 hours, and it uses less heat when it’s trying to break down the food to retain as many nutrients as possible. This seems like the mode you’d want to use all the time, but the Lomi is quite loud, so we found the quick overnight modes that can run while you’re sleeping more useful. 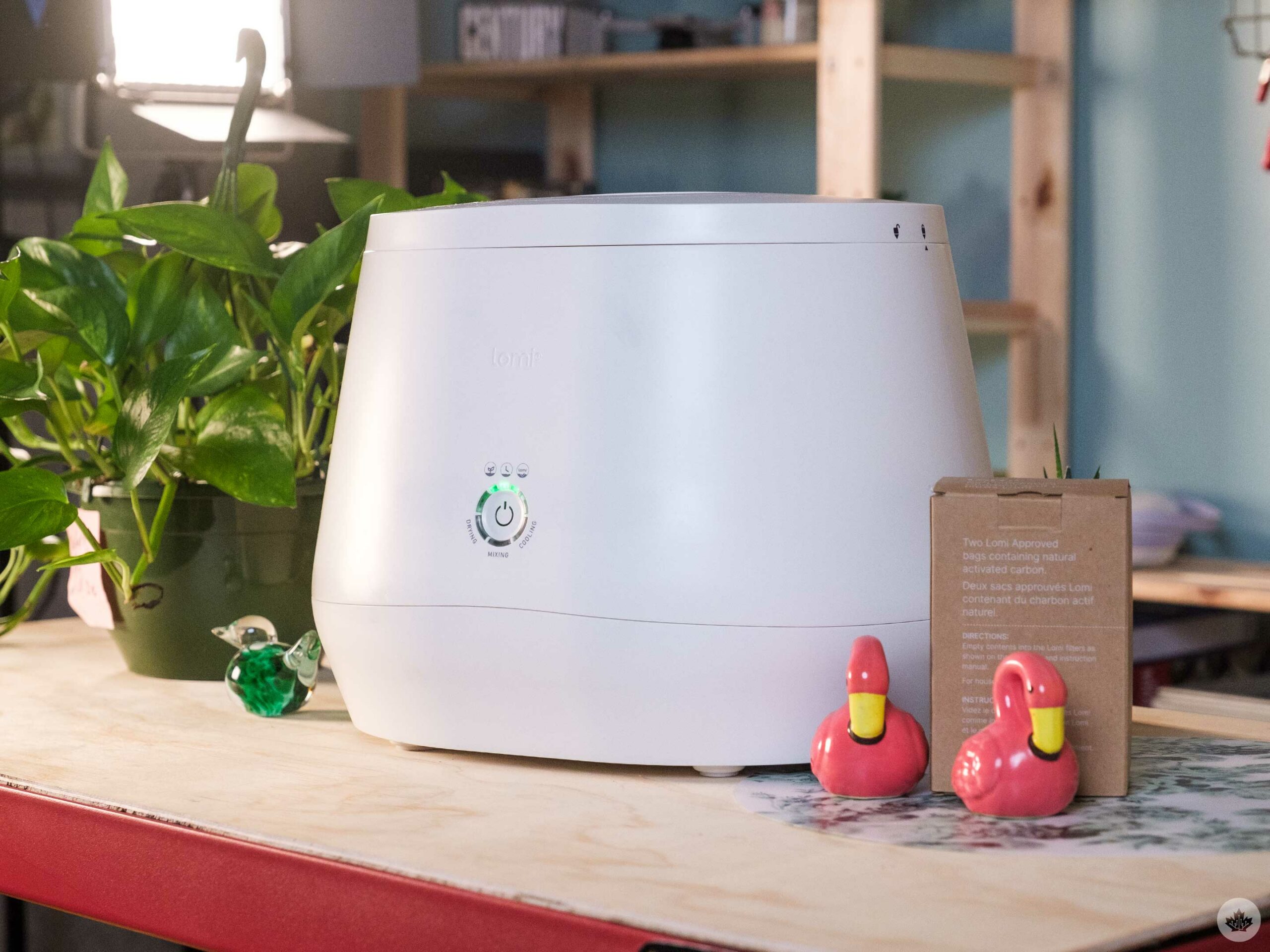 The smart kitchen appliance isn’t intrusively loud, but it reminded us of the gentle rumble you might hear when the dishwasher is running. It’s loud enough that you can hear it but not loud enough to disrupt any of the other rooms in my apartment. Ideally, because of this, it seems like the type of thing that might be better off in the basement, but having to ferry compost up and down the stairs a couple of times a day gets old fast.

Keeping it on the counter is a good option, but it takes up about as much space as a microwave, and you can’t stack anything on top of it. With this in mind, if you live in an apartment with limited kitchen space, the device could be really out of place. If you have ample counter space, this won’t be an issue, but small kitchens, be warned.

Is the Lomi for you?

At the end of the day, the ad embedded above from the company paints a somewhat clear picture of who the Lomi is for: people who can’t compost.

The City of Toronto has a relatively robust composting system, and many people have backyard composters, so the Lomi definitely isn’t for everyone. It’s too much of a hassle to remember what can go in, where the dirt can and can’t go in the end, and having to listen to it.

Sure it’s kind of gross to have to carry a frozen bag of compost for one minute outside to the compost bin and then drag the bin to the curb once a week, but in the end, it’s easier than using a Lomi and takes up a lot less counter space.

If you live in a place without a composting program or don’t have access to a place to naturally compost, the Lomi is a decent option. But even then, the energy it takes to dehydrate your food scraps every night might be an issue for the eco-conscious market this device is aimed at.

The Lomi is a weird product. It markets itself as a composter, but the more you dig into it, the less it seems to compost. When we first got this machine, we didn’t know about all the limitations, and it seemed wonderful, but the more we used it and found out how only the Grow Mode makes compost, its flaws started to be revealed.

6 Questions you need to ask about your ISP’s network

BLACK FRIDAY IS ON at The Mobile Shop™ and you could earn big PC Optimum Points!